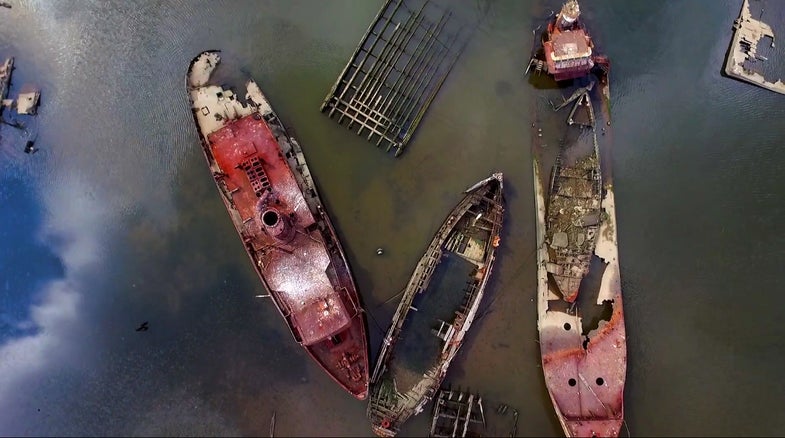 Drones exist in the low sky, an airborne camera attached by transmission to a human on the ground. It’s a good altitude for watching ruins, as lifeless drone eyes glide over the mechanical wrecks below. On Wednesday, August 31, professional camera operator George Ivanoff took his Phantom 3 Standard to the Arthur Kill ship graveyard, and captured the rotting wrecks in all their decaying glory.

Using a PolarPro polarizer on the drone’s fixed camera, Ivanoff captured the video in about 40 minutes, running through two batteries for the quadcopter.

“When you’re standing in the marsh you can only really see the few boats in your view,” Ivanoff told Popular Science, “but getting the drone up in the air and panning SW was a moment of ‘woah, how many of these things are there?'”

The site, which began as a scrapyard for World War II vessels, turned into a vast sprawling dumping ground for old boats. It is, like most watery graves, an unintentional final resting space.