Simple repairs, when it bricks 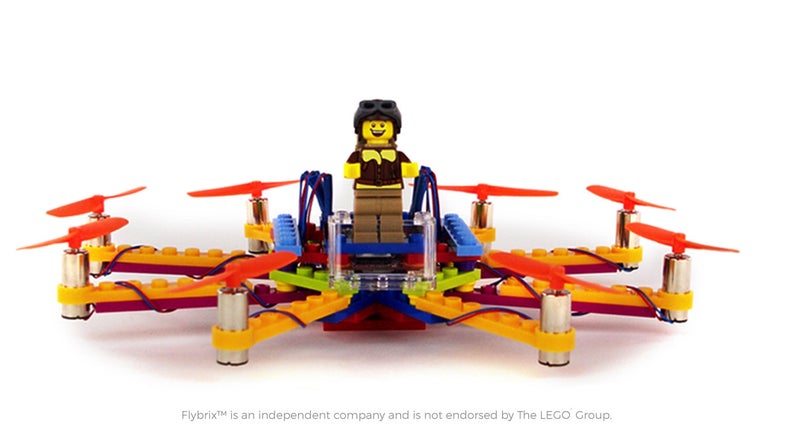 LEGOs get knocked down, and then they get put back together again. It’s what they do. Drones, with few exceptions, get put together, and are then gravely damaged beyond repair when they crash. Why not build on the repairability of LEGO bricks when making a hobbyist drone? That’s the idea behind Flybrix.

Made by a group of recent graduates from MIT, CalTech, and UW Madison, Flybrix is a $150 kit that contains some LEGOs, eight engines, a flight control board, a phone app for controlling the drone, and other important parts. Essentially, it’s the skeleton and brains of a drone for people to build a LEGO body all around.

Flbrix isn’t the first drone designed around a body that can be snapped back together. For example, the U.S. Army’s Raven drone lands by scattering its parts in a sort of deliberate crash.

But the Raven’s body alone costs tens of thousands of dollars, with a full military version priced at hundreds of thousands. LEGOs are by comparison cheap and abundant, and a far better tool for starting pilots and backyard builders.

Watch their video, “The Wrong Brothers,” below: