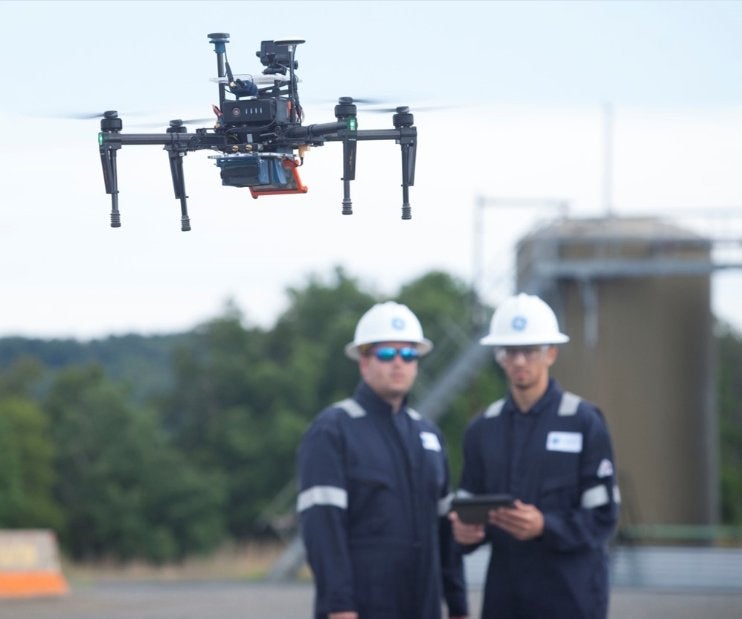 Drones can do many things people can’t. They can fly, which is neat, and they can carry chemical sensors, identifying airborne particles with far greater fidelity than human noses. And drones, unlike human workers, don’t have children to send to college, taxes to pay, or retirements to plan for–so they’re good for cutting costs. At least, that’s the pitch General Electric is making to oil companies, with their new leak-sniffing Raven drone.

The drone is designed to fly autonomously, checking waypoints set on a smartphone or tablet. The drone was debuted as part of GE’s new oil and gas research center in Oklahoma. According to GE, during tests at an oilfield in Arkansas in July, the drone was able to detect emissions, a useful tool for complying with environmental regulations.