How scientists managed to store information in a single atom

In the quest to shrink data storage down into tinier and tinier forms, scientists have scored a very, very small... 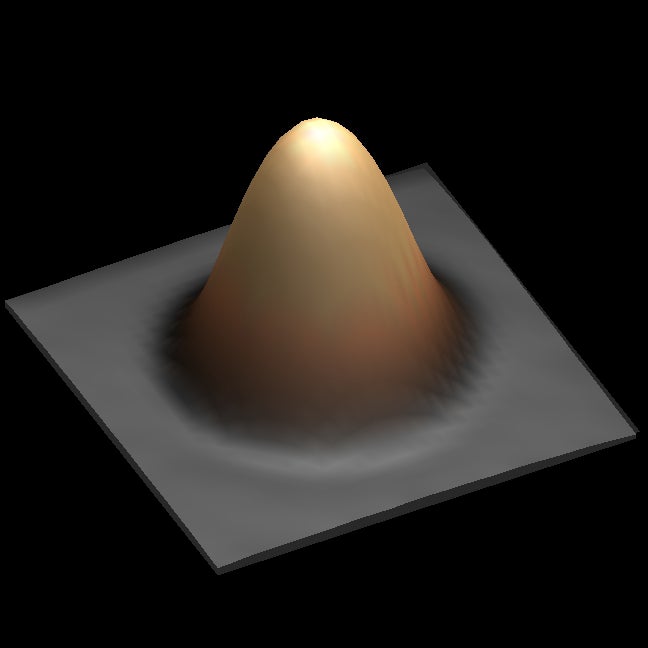 In the quest to shrink data storage down into tinier and tinier forms, scientists have scored a very, very small triumph.

They did it by creating what’s essentially an incredibly diminutive magnet: It’s just one atom in size, and while it’s not going to be holding birthday cards up on your refrigerator anytime soon, it can do something else: store a data point.

Described in the journal Nature, the experiment involved atoms of a rare earth element called holmium. Physicists working at an IBM research facility in California found that when the holmium atoms were placed on a special surface made of magnesium oxide, they naturally oriented themselves with a magnetic north and south pole—just like regular magnets have—pointing either straight up or down, and remained that way in a stable condition. What’s more, they could make the atoms flip by giving them a zap with a scanning tunneling microscope that has a needle with a tip just one atom wide.

The experiment mimics the way the magnetic disk of a hard drive works. Tiny magnets on those disks point either up or down, and that orientation conveys binary information—either a one or a zero. The bits of information on hard drives are physically much bigger though: they’re made up of about 100,000 to a million atoms. The bits in the IBM experiment are miniscule.

Fabian Natterer, a scientist at the Swiss Federal Institute of Technology in Lausanne and the first author of the study, says the experiment shows that they could store one bit of information in just one atom.

You can picture an atom as looking like a tiny butterfly. The atom itself is the insect’s body, while its magnetic field forms a pair of wings. The atom’s position—with the north pole of its magnetic field either up or down—represents the information, either a zero or one.

Christopher Lutz, a research scientist at IBM Research – Almaden, estimates that if this kind of technology could be scaled up, it theoretically could hold 80,000 gigabytes of information in just a square inch. In other words, a credit-card-size device could hold 35 million songs, according to a statement from IBM.

Lutz says the atoms could be placed within just about a nanometer of each other without interfering with their neighbors, meaning they could be packed densely.

But this tech won’t show up in your smartphone anytime soon. For starters, the experiment required a very, very chilly temperature: 1 degree Kelvin, which is colder than -450 Fahrenheit. That’s pretty energy intensive, and not exactly practical in most data storage settings.

“There’s no direct path to making a practical device,” Lutz says, “but it is getting tools and understanding for how to do things at the scale of individual atoms for a time in the future when we’ll be building devices at that scale.”

“We’re really exploring,” he adds. The research represents “a new continent to explore what happens when you have access to the atoms one at a time.”