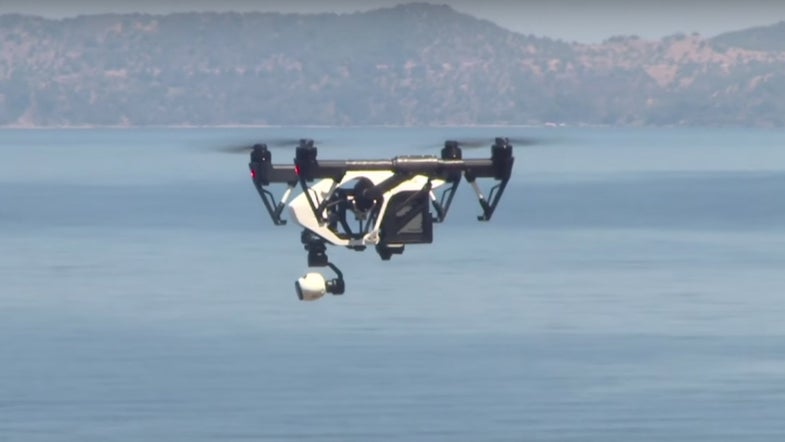 Salehi fled Afghanistan 15 years ago, and part of his journey involved riding on a small plastic boat from Turkey to Greece. Salehi now lives in New York, where he lectures part-time at the New School, and is a founder of Good Drones, a company that aims to use drones for positive ends. Drones for Refugees is one of Good Drones’ projects, which seeks to use drones to help save the lives of people making a similar journey by sea.

How will flying a drone help? Right now, Salehi and his team, including his partner Kristen Kersh, are testing the drone as a way to stop ships full of refugees in trouble. Lesbos is close to Turkey but, thanks to Greece’s European Membership, legally part of Europe, and the small island has seen the majority of refugees that try to cross the Mediterranean into Europe. The people making that journey are often without means other than what they can physically carry, and if they’re lucky, the boat they’re on will have life vests for everyone. Flying a drone out to see them, rescuers could alert passing ships or others to capsizing vessels and see which refugees are in the most urgent need.

In Lesbos for a couple months this summer, Salehi tested the drone to see what it could do, and plans to refine it more before heading back out to the island in the spring. The scale of the challenge, judging by discarded life vests on the coast, is vast.

Here’s hoping a small, well-meaning drone can make sure more of the people attempting to cross succeed.

Watch a video on Salehi and the drone project below: