Video: Big Dog Is Back

And now less terrifying (sort of) 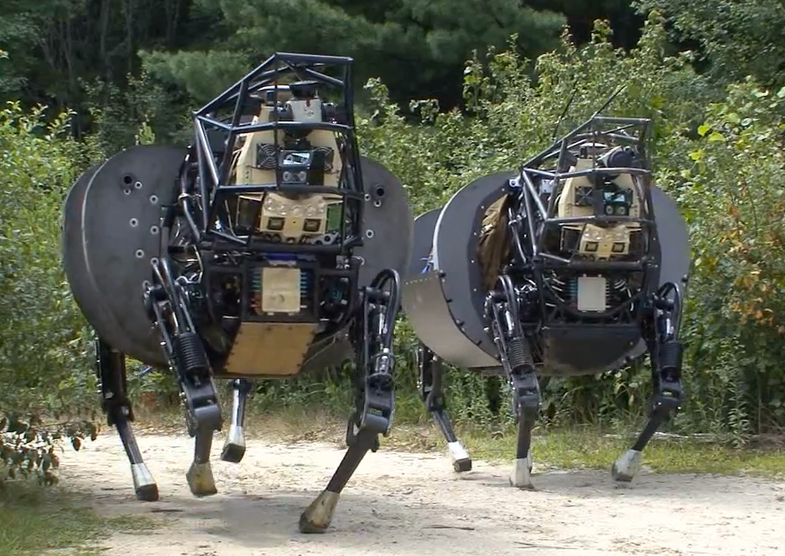 Two of the robotic platforms, dubbed Big Dog by manufacturer Boston Dynamics–and termed the Legged Squad Support System (LS3) by DARPA–were demoed for the Commandant of the Marine Corps and DARPA’s own (new) director, Arati Prabhakar today. As a result, the rest of us get a new video of Big Dog in action.

The idea behind the LS3 is that one day it or something like it could traverse terrain alongside dismounted troops, carrying cargo for them; following them across, over, and through rough terrain; and interacting with them. That kind of deployment is still a ways off for Big Dog, but the latest iteration seen here is a step in the right direction. For one, it demonstrated new gaits and improved perception of the world around it. But perhaps most importantly, this Big Dog is 10 times quieter than the earlier deafening prototypes, which bounced around unnaturally while emanating a deafening (and position-telegraphing) mechanic roar.