Should Satellite Map Data Be Uncensored For All To Enjoy?

In the latest Apple Maps dust-up, Taiwan asks Apple to kindly blur public images of its billion-dollar top-secret radar facility. But is Apple obligated to comply? 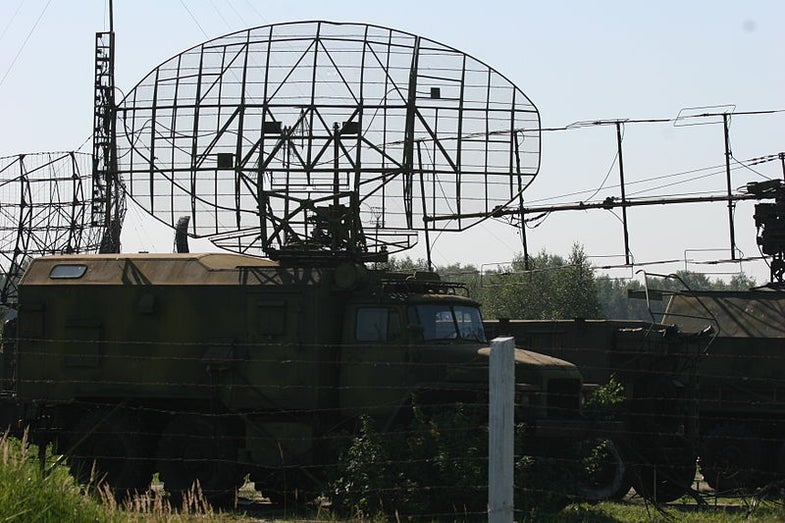 The latest wrinkle in the Apple Maps fiasco has nothing to do with the iOS6 app being faulty, and everything to do with the app being too good. Last week, Turkey complained that Apple Maps jeopardizes its national security by clearly defining the layout of one of its highest security prisons. Now, Taiwan is asking Apple to blur satellite images of a top-secret $1.2-billion radar site that are now available to any user running iOS 6 on an Apple device.

We’ve previously explored the changing landscape of mapping in the digital age, where cartographic data is freely available from various–and not necessarily consistent–sources. When we last explored this topic in-depth we examined how these maps’ inherent inaccuracies and inconsistencies can be a recipe for misunderstanding and, in some contexts, serious geopolitical problems. Now Apple Maps is forcing us to face the other side of that coin. App functionality issues aside, Apple is providing map imagery that is absolutely crystal clear, revealing points of interest on Earth’s topography that some governments and entities would much rather keep out of the public eye, forcing the App providers themselves to act as cartographic editors, choosing what to blur and what to leave unaltered for public consumption.

For Taiwan, that point of interest is a top-secret radar base that supplied by Raytheon that is designed to give the Taiwanese up to two extra minutes of warning in the case of a Chinese missile attack on the island (China is rumored to have more than 1,500 ballistic missiles pointed at Taiwan, which it views as a breakaway province of the People’s Republic rather than an independent, sovereign state). Taiwan sees this installation as essential to its defense, and it would rather not reveal the exact locations and orientations of its billion-dollar facilities to any Chinese nationalist with a smartphone. Taiwan has requested that Apple blur this part of the map and is awaiting a response.

In one respect, you could call this a win for global transparency. But from another perspective, it’s a serious security problem. And it again raises the question: who, if anyone, should act as overseer of our digital maps?

The answer to this question isn’t as easy as it might seem. In this particular case, a given person’s answer might be colored by how he or she feels about simmering tensions between Taiwan and China. Or it might be easier to simply say that all satellite imagery should be, unequivocally, presented as-is, free from manipulation or any subjective editing. But consider: Just today we’ve learned that Bing maps has revealed the site of a CIA training facility in North Carolina modeled on Osama bin Laden’s compound in Abbottabad, Pakistan. This picture is old–we’re not exactly sure how old, but it clearly predates the May 2011 raid on OBL’s hideout–as the image captures the training facility under construction. And a more recent image of that site displayed on Google Maps show that it has since been torn down.

That tells us two things: Google apparently has more up-to-date maps than Bing, and had some meticulous Al Qaeda underling been cruising the major map-making services to see what was going on at known or suspected CIA training sites, and had that image been public at the time, the CIA’s hand could’ve been tipped and bin Laden could’ve walked. That may seem like an extreme example, but further examples abound, ranging from NATO airbases to Aberdeen Proving Ground, America’s oldest experimental military test range, in Maryland.

The actual imagery that Google, Apple, and Nokia use for their mapping applications comes from a variety of sources, and no single one is any more “correct” than the others. Geography dictates the shape of landmasses, and international treaties dictate the boundaries between states. But in its diligent reporting on this topic, The Verge has pointed out the really confusing aspect of all of this–that Google, Apple, and Nokia have in many instances furnished different maps, yet they largely draw their imagery from the same places. Says Aaron Souppouris at The Verge:

Perhaps the most confusing aspect of the present situation is that the three companies license satellite imagery from similar sources. Nokia counts Navteq, NavInfo, DigitalGlobe, and Planetary Vision among its providers, while Apple also uses DigitalGlobe’s images, and actually cites the company as the sole provider of its satellite imagery, although iOS 6’s 3D maps are from Apple-owned C3 Technologies (which, confusingly, Nokia also uses for its maps).

Google’s coverage comes from a vast network of suppliers, including DigitalGlobe, Terrametrics, and GeoEye. With DigitalGlobe on its list of partners, Google could, if it wanted to, provide its users with the same high-quality images Apple uses at the above sites. Although it says it has never blurred any images, purposefully choosing low-quality images for particular sites is practically the same thing.

It’s clear that Google is exercising some degree of editorial oversight when presenting its satellite imagery to the world, even if it claims that state actors don’t influence those decisions. But as the “map wars” continue–and they will–the question of whether this information should be free or whether states should have some means to influence what kind of imagery captured within their borders is broadcast on the Web. And before you dismiss this as a no-brainer (of course this information should flow freely, right?), these issues are the macro version of those that private citizens are going to have to face as technologies like unmanned aerial drones with surveillance capabilities proliferate. Apple Maps is peering in Taiwan’s bedroom window right now, and Taiwan is taking exception.

Perhaps that’s a bit of oversimplification, but as the responsibility of mapmaking shifts from state and international bodies to private sector companies (and further private companies that feed them satellite imagery), there’s a certain degree of power shifting hands as well. The new reality that the many facets of the Apple Maps disaster has forced us to face up to is this: we are absolutely dependent on our digital maps, but as the little people down here on the ground we have absolutely no control over them.