This Finnish-built flying boat made its maiden flight a few days ago, taking off from a lake and soaring into... 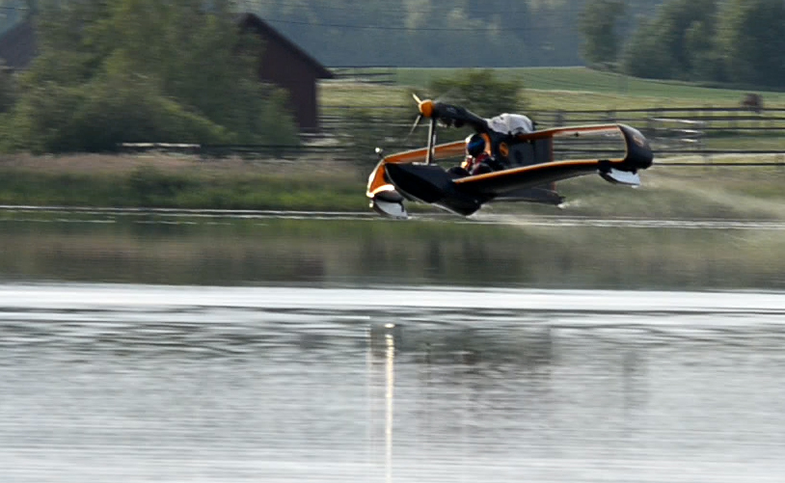 This Finnish-built flying boat made its maiden flight a few days ago, taking off from a lake and soaring into the air. The FlyNano, made by a startup by the same name, is a recreational vehicle with no wheels — and it looks like fun.

The plane can reach altitudes of 10,000 feet, but the company points out you’ll probably enjoy it more if you fly close to the surface. Its top speed is 87 mph and the pilot controls the throttle with a joystick, like a regular airplane. Pedals control the rudder. The 440-pound aircraft doesn’t come with a cockpit or windshield — the company says “our philosophy is ‘feel the wind'” — so you would need a helmet or at least goggles, and probably a wetsuit. An international patent is pending.

The FlyNano was originally presented at AERO-Expo in Friedrichshafen, Germany, last year, and was billed as a combustion-engine seacraft. But citing new advances in electric motors and batteries during the past year, FlyNano says it will now be an electric vehicle.

The company is mulling rental units for those who want to fly one but don’t want to shell out 40 large. But you’ll need a pilot’s license to operate it, unlike our other favorite flying-in-water contraption, the JetLev jetpack. You can learn more about the company here. 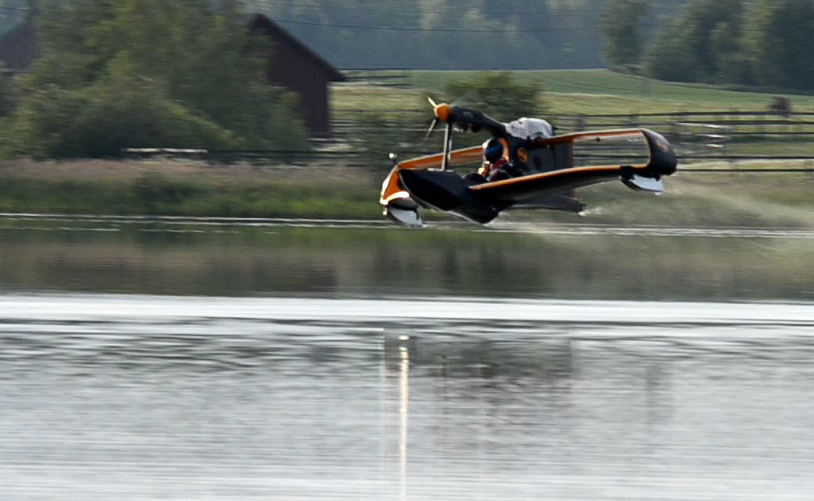