As intelligent as computers continue to get, it’s still a lot of work for them to perform tasks many humans... 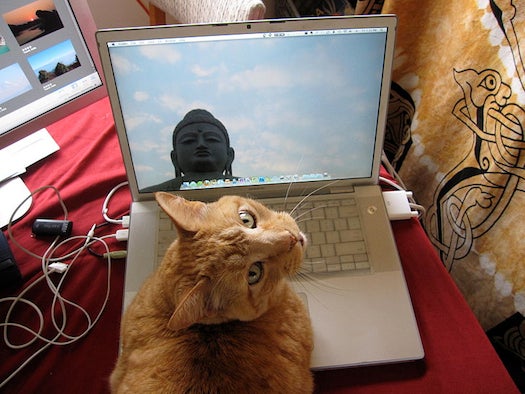 As intelligent as computers continue to get, it’s still a lot of work for them to perform tasks many humans do on a regular basis–like, say, enjoying cat videos on YouTube. In an attempt to bridge that gap, scientists from Google’s X laboratory created a simulated human brain by putting 16,000 computer processors together and having them browse around the Internet, learning facts about the world as they went. And the simulated human brain successfully found YouTube’s cats.

For this study, the Google research team took 10 million randomly selected videos from YouTube and fed thumbnails into the machine. The machine identified a pattern — there seem to be a lot of these furry things! — and successfully taught itself to recognize cats through trial and error. As Google fellow Jeff Dean told the New York Times: “It basically invented the idea of a cat.” The team never gave it any hints; the machine just made enough assumptions based on the millions of images to put together what it thought a cat was. The machine was right about twice as often than in any previous such attempt.

Researchers say the project is helping to boost the theory that machines do better at learning the more information they’re fed. It will be interesting to see what applications this tech could have in a broader environment.