We’ve seen telepresence take huge steps in recent years, broadcasting the sense of touch to operators and allowing us to... 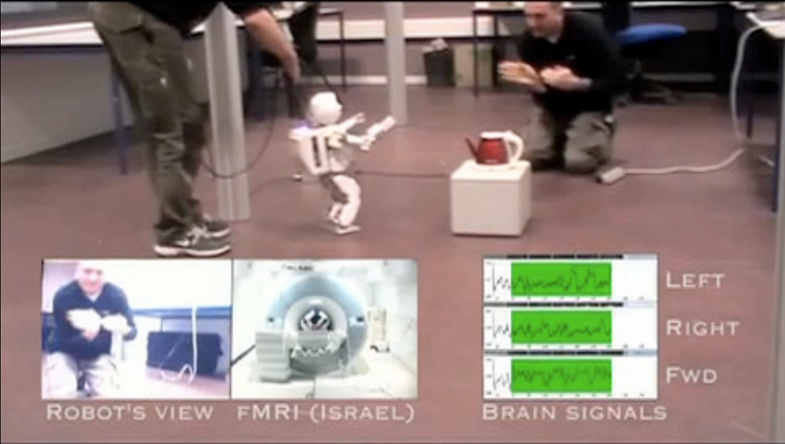 We’ve seen telepresence take huge steps in recent years, broadcasting the sense of touch to operators and allowing us to attend a party across the country. But this is really some next-level stuff: this telepresence ‘bot is controlled simply with its operator’s thoughts.

Telepresence still mostly relies on joysticks and keyboards and things like that, but an experiment in Israel used an fMRI machine to monitor brainwaves, turning them into commands so that the operator could control a robot in France. Apparently it’s extremely intuitive and almost real-time; university student Tirosh Shapira would think of moving his arms or legs, and the robot would do the same. It’s a major step towards some kind of almost Avatar-like remote control, diminishing the separation between operator and substitute.

The next step is to replace the small robot with a better, more capable one, which will allow a much greater range of movement, from individual fingers to gestures. Eventually the tech could be used to help those who can no longer freely move around.