Passengers can chatter as normal 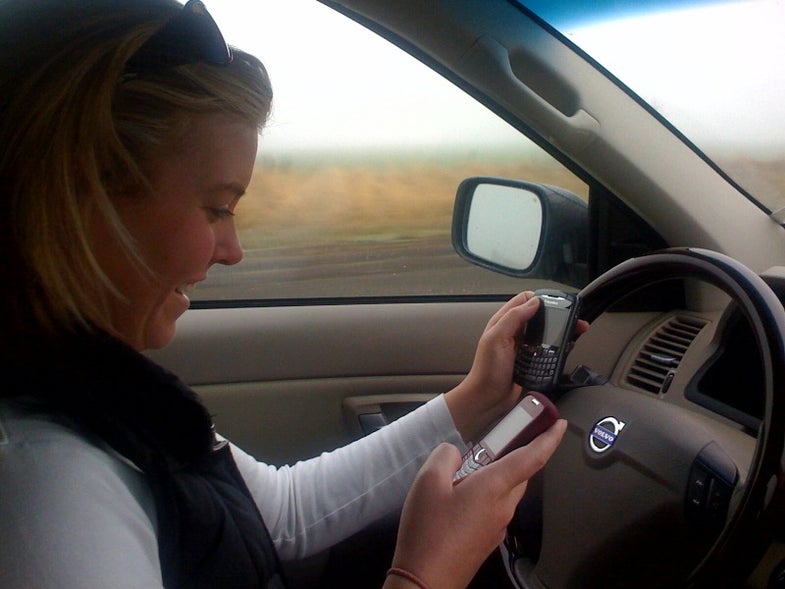 Texting while driving is enough of a problem that it’s been pinned as more dangerous than drunk driving, so it was only a matter of time before we started to see technology better able to shut it down. Now on that list: researchers have found a way to detect when a phone is being used in a moving car, then jam it.

Engineers from the Anna University of Technology in Chennai, India, invented the device, which uses radio-frequency identification (RFID) technology to determine if a car is moving and the driver is using a phone. If it is, it uses a mobile jammer to shut down the driver’s phone. And that’s just the driver’s phone–the technology allows the passengers complete access to their phones, leaving them free to call their friends and laugh at the driver who just lost his connection.

We’ve seen similar technology before, but the question of privacy still lingers: there’s a debate to be had on making these sorts of devices standard government-issue in vehicles.