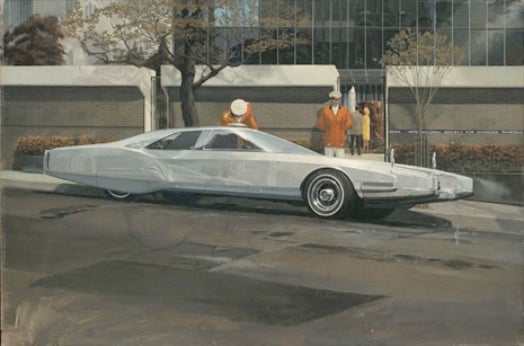 Getting around in the future is going to be something of a trip, at least to let classics of science fiction like TRON, Blade Runner, Aliens, and Star Trek tell the story. In a rare glimpse into the mind of the man that largely shaped Hollywood’s sci-fi representation of the future of transport, a collection of visionary designer Syd Mead’s paintings is currently on display in Manhattan.

Mead is probably best known for his work on vehicle design and environments for Hollywood films, particularly future-leaning titles like the ones mentioned above, all of which benefitted from Mead’s artistic touches (those Blade Runner “spinner” cars? That’s Syd Mead.). But he was also a prolific painter, using gouache–a thicker, heavier form of watercolor–to bring form to his many visions of what the future might hold.

A former designer for Ford Motor Company, Mead’s work has always listed heavily toward transit (his design shop is based in Detroit). So while his work often portrayed utopian futures playing out, say, on distant planets or aboard spaceships, personal transit and particularly future analogs for the automobile are a theme throughout his body of work, which at this point reaches back far enough that it can be viewed in the context of today’s cars (for instance, his Future Rolls Royce leaves something to be desired as a predictor of the future–painted in 1967, it shares little with the actual Rolls-Royce designs of 2012–and yet is undeniably amazing in its conjecture). 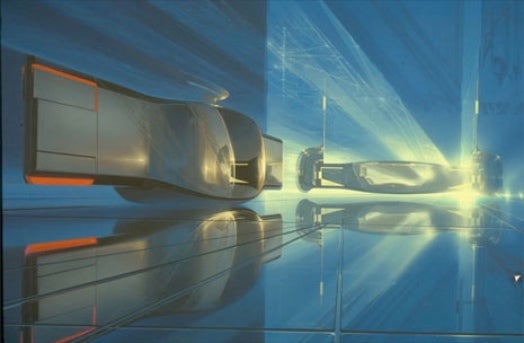 Others, like 2003’s Hypervan (pictured below), could still prove prescient. The exhibition, titled “Future (Perfect), runs through June 30 at BravinLee Programs in Chelsea in NYC. 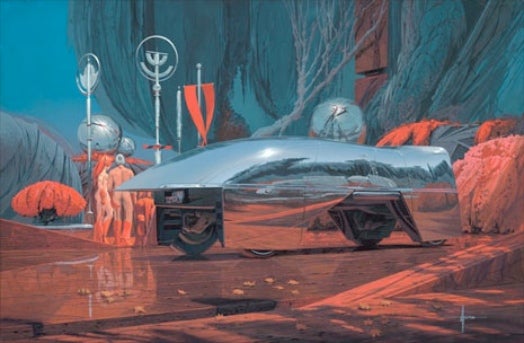