A global effort to photograph every species of ant on this planet is embarking on an international tour, stopping by... 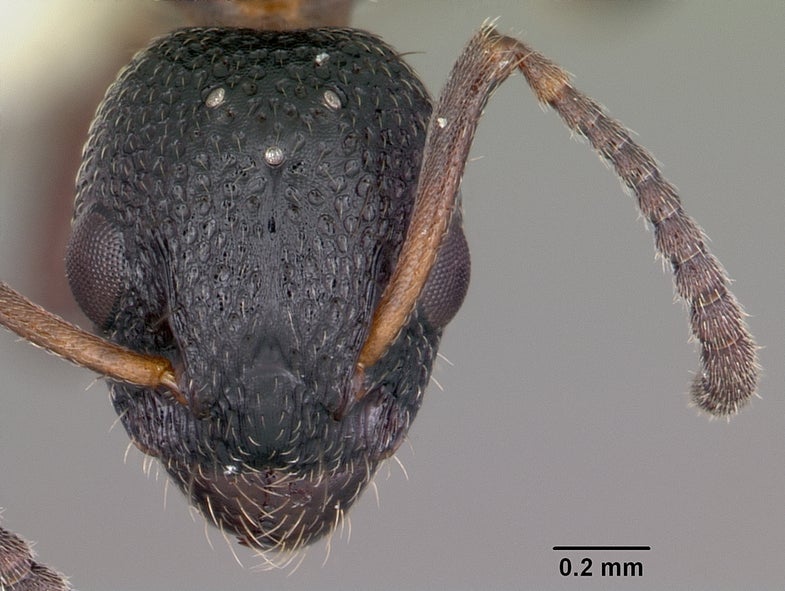 A global effort to photograph every species of ant on this planet is embarking on an international tour, stopping by museums and scientific collections in the United Kingdom. With thousands of American ant species already accounted for, now Brian Fisher and colleagues at the California Academy of Sciences are taking AntWeb overseas.

As species cataloging efforts go, AntWeb is fairly ambitious — not only will every species of ant be counted, but it will be photographed in high resolution, its every hair, proboscis, antenna and eye rendered in great detail.

Every species will be represented, which is a massive undertaking because of the many morphological differences among individual ant castes. Queens, workers, soldiers, and ants of different ages may all look very different, despite belonging to the same species. The Natural History Museum of London is the first overseas stop, as the BBC reports.

More ants are being added all the time — dozens were added on Monday alone. Visit AntWeb to see the whole collection. 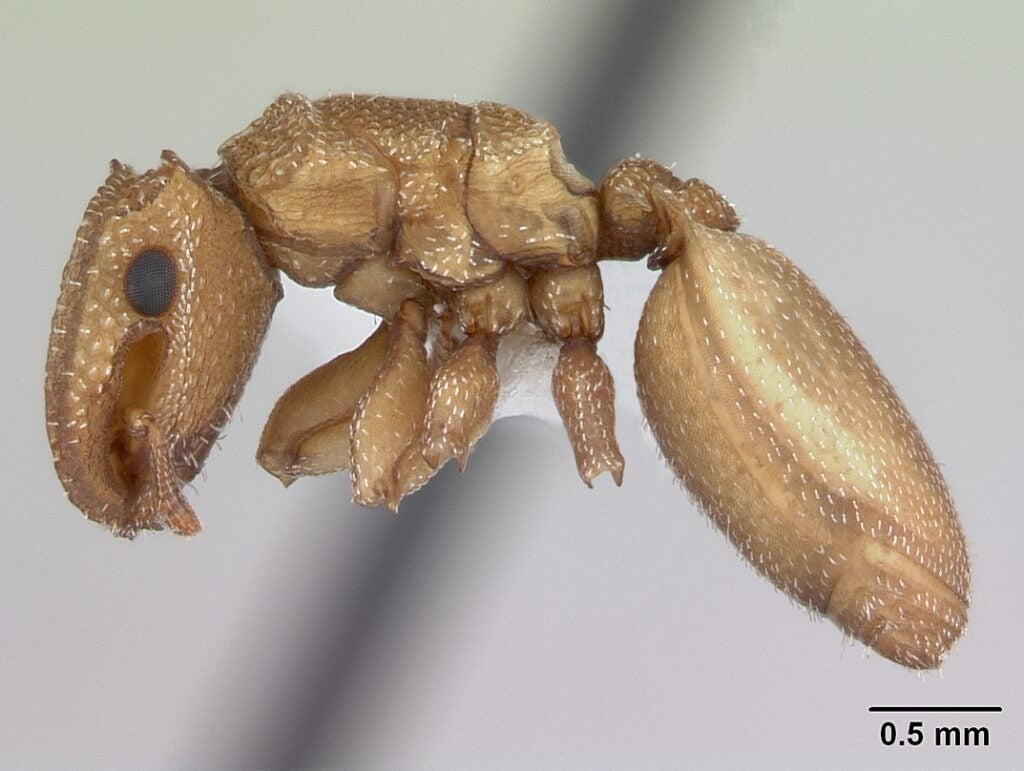 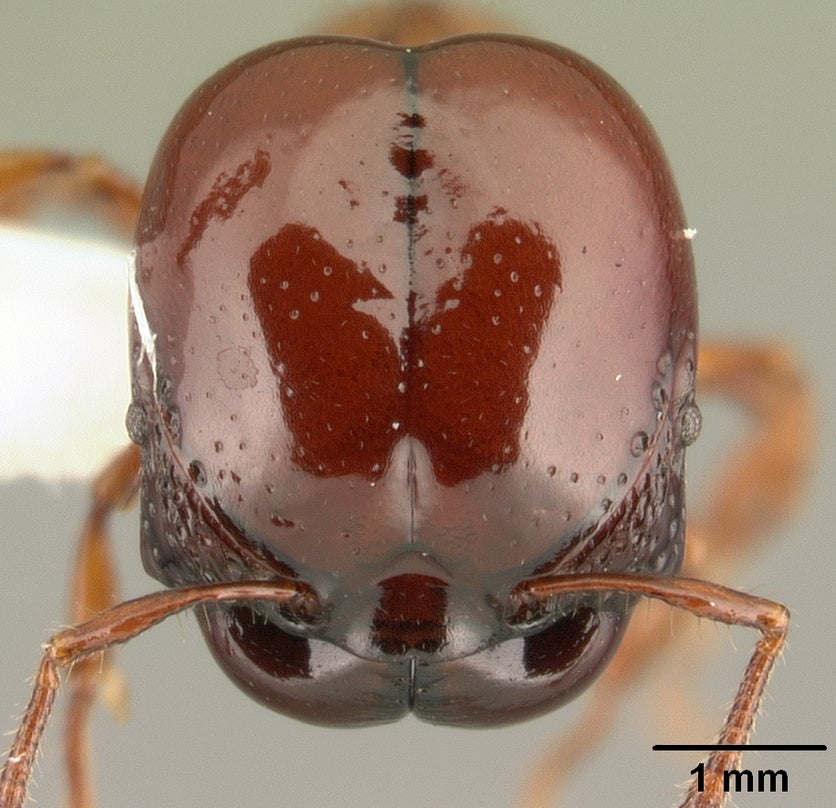 This species of ant is found on the island of Borneo and is polymorphous: there’s a large-headed “major” form, seen here, and a “minor” form. 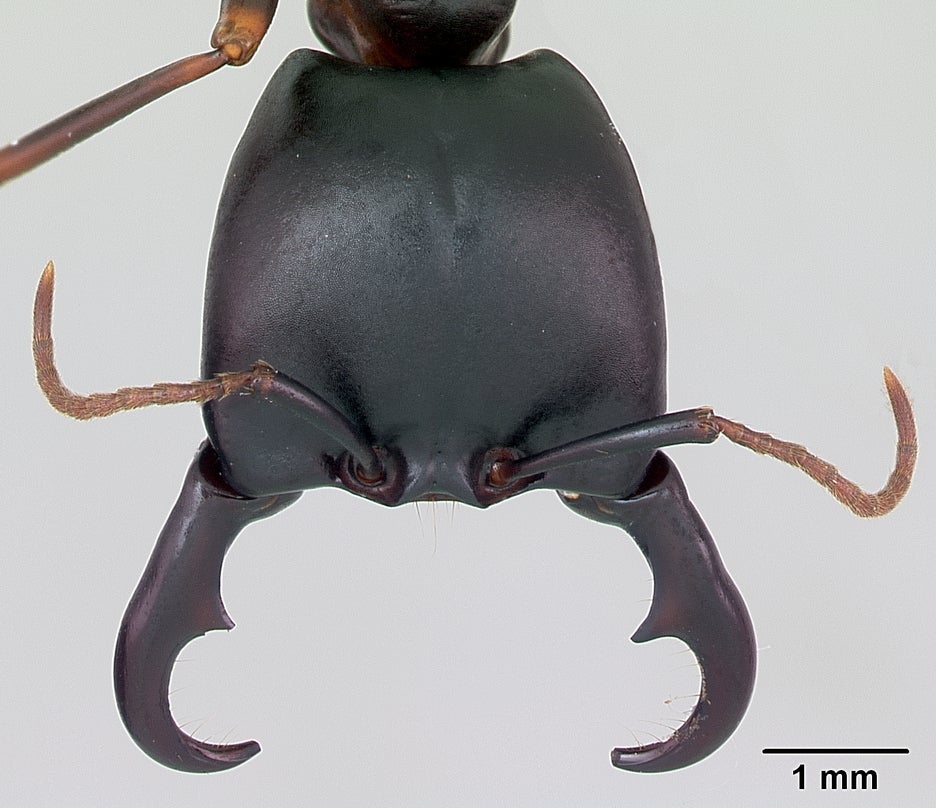 This shiny black ant is found throughout Africa, India, southeast Asia and Indonesia. This one came from Ivory Coast. 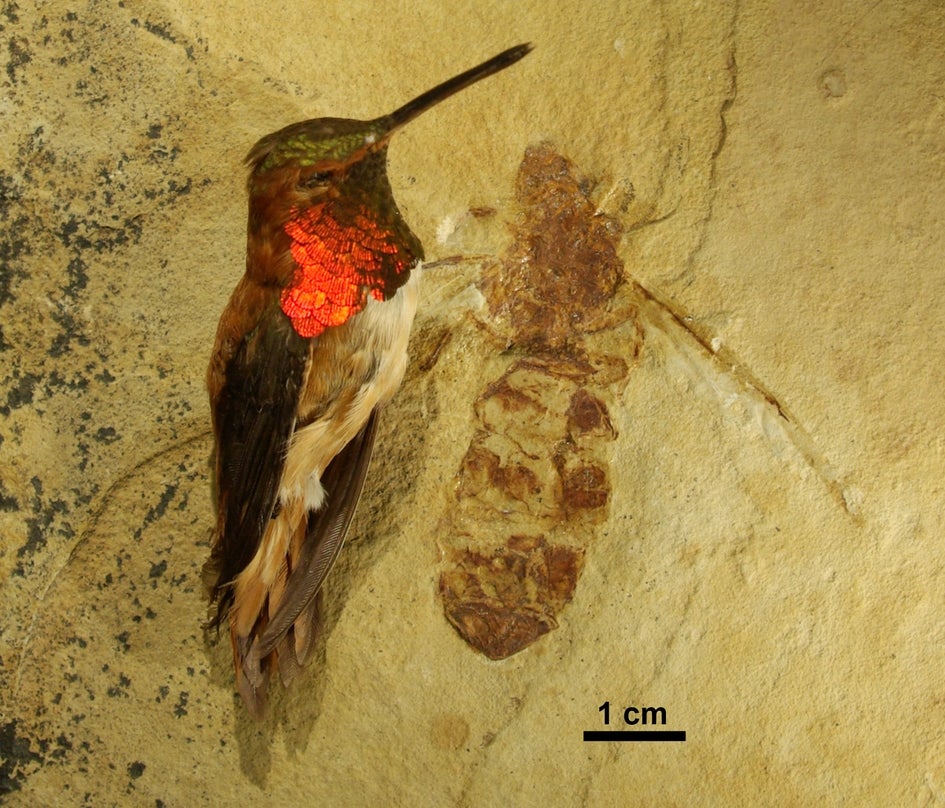 Not all ants were tiny. This appropriately named titanic queen ant fossil was found last year in Wyoming. The winged ant is comparable in size to a typical hummingbird, as you can see here. This was the first species of Titanomyrma found in the western hemisphere. It lived about 49.5 million years ago, during the Ypresian age, smack in the middle of an anomalous warm spell called the Paleocene-Eocene Thermal Maximum. 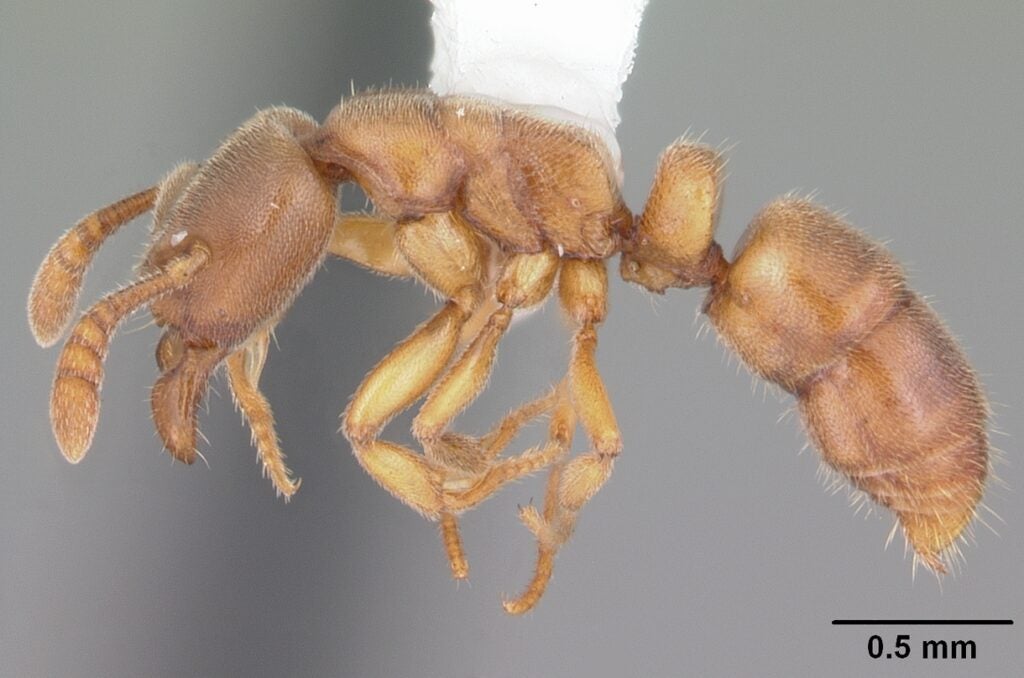 This one may look familiar — if you look through ants through a microscope, anyway. This ant is found throughout the American midwest and east, and it’s abundant wherever there is moist soil. It is found on lawns, gardens, fields, thickets and other grassy areas. In grasslands, P. pennsylvanica nests in the root-zone of sedges or grasses. In woodland, it nests in soil, in soft, rotten wood, and often in old acorns. 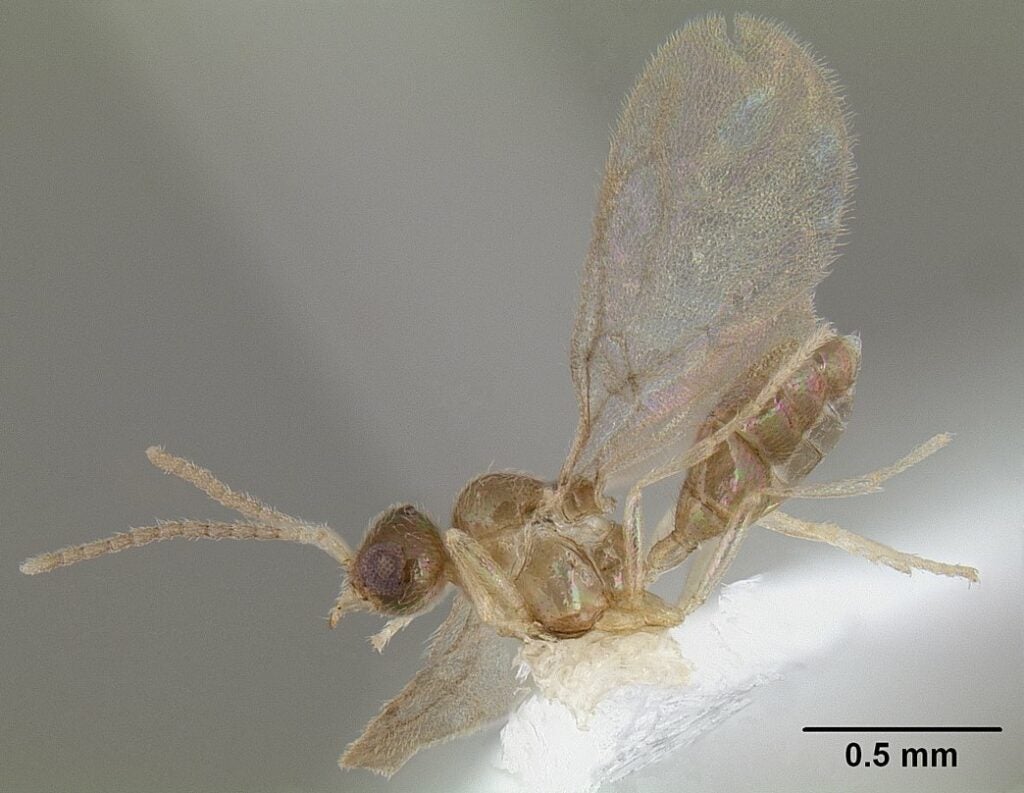 This opaque creature was found in a trap in lowland Brazilian rainforest. Its relatives are found in Brazil and Argentina. 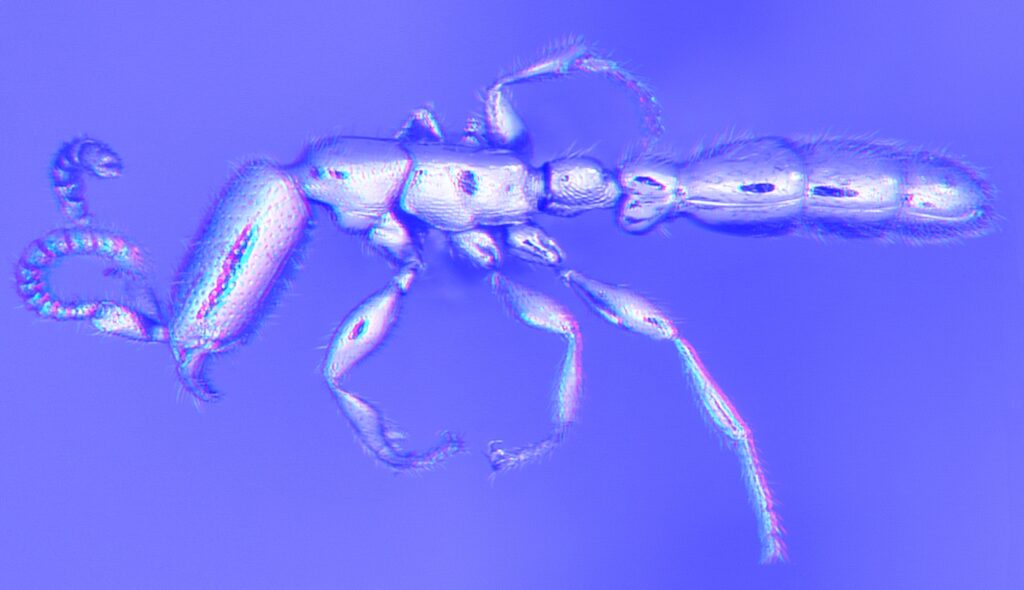 Seven species of Leptanilloides are distributed along the Andes from Colombia to Bolivia. This one was collected in Bolivia in 1923.
3-D
ants
insects
Photography
Science