How Wireless Charging Will Keep Toxic Waste Out of Landfills

Rechargeable batteries were supposed to keep trash out of landfills. Instead they replaced old garbage with new. Consumers throw away... 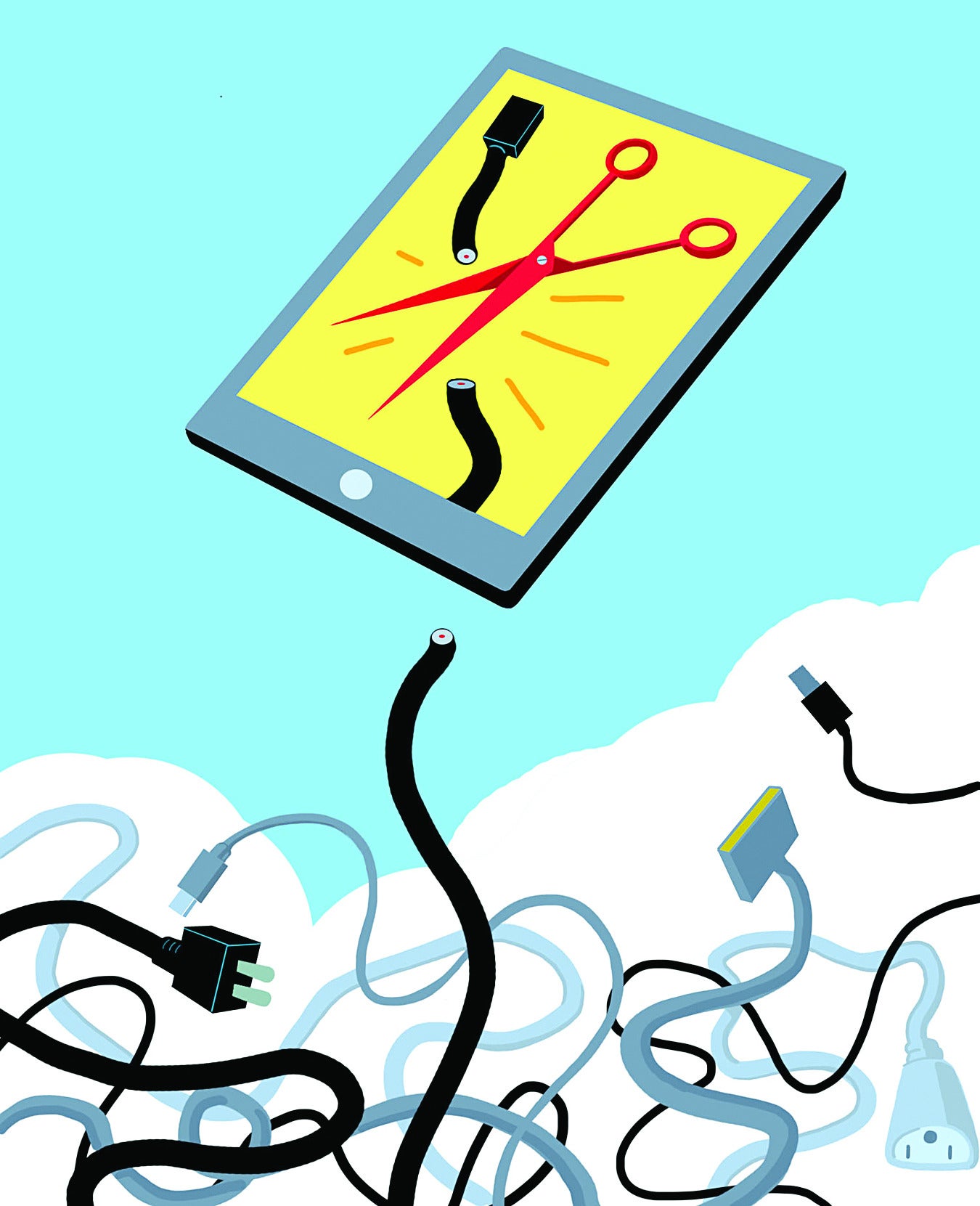 Rechargeable batteries were supposed to keep trash out of landfills. Instead they replaced old garbage with new. Consumers throw away billions of battery chargers every year; cellphone chargers alone account for almost 100,000 tons of trash annually. And as discarded chargers sit in landfills, they bleed toxins like mercury and lead. That cycle is about to end. Wireless charging will soon be compatible with many of today’s mobile devices, providing a universal, more eco-friendly way to power up.

Nikola Tesla first experimented with wireless induction nearly a century ago. A typical system consists of a charging base and a receiver. When connected to a power source, a current flows through a metal coil in the base, which causes the coil to pulse and generate an electromagnetic field. When a user puts a device on the base, the field induces a current in a receiver coil, which in turn charges the gadget’s battery.

Wireless charging is commonplace in low-power gadgets like electric tooth-brushes, but developers have recently adapted it to meet the power demands of mobile devices such as phones, tablets and e-readers. In 2009 Duracell-Powermat implemented thinner transmitter and receiver coils, which fit better into gadgets and pulse faster so they transmit energy more effectively. Today’s wireless chargers transfer 86 percent of the power that wired ones do, so there isn’t a significant increase in charge time.

Right now, consumers can retrofit devices to charge wirelessly. Duracell-Powermat and Energizer sell aftermarket cellphone cases and charging pads embedded with induction coils and are working with manufacturers to integrate their technology into devices. Energizer anticipates that the first phones with built-in induction coils will ship this year.

Charging stations are also becoming easier to find. Duracell-Powermat has placed charging stations on tabletops in kiosks throughout Madison Square Garden in New York, and Energizer has similar setups in the Windsor International Airport in Ontario. Eventually both companies will build charging coils into furniture—even car dashboards and consoles.

Mass adoption of wireless charging may also be quick. The Wireless Power Consortium has released the Qi standard, which will ensure that all devices will charge on all inductive surfaces. Qi induction coils can be tuned to work in gadgets with different batteries and voltage requirements, so a smartphone, tablet and laptop could theoretically charge on the same base station. Additionally, induction is getting attention from companies that have been slow to adopt the wired microUSB standard. Apple, most notably, has filed patent applications that involve wireless power solutions.

In the future, induction will be able to power more than just gadgets. Developers are working to extend charging range. When that happens, coils embedded in walls will provide power for large freestanding items, such as HDTVs and lamps—and eliminate messes of cords snaked over floors, tangled in drawers and piled up in landfills.