Fireflies have a neat trick for conserving light. Turns out, it could work for LEDs, too. 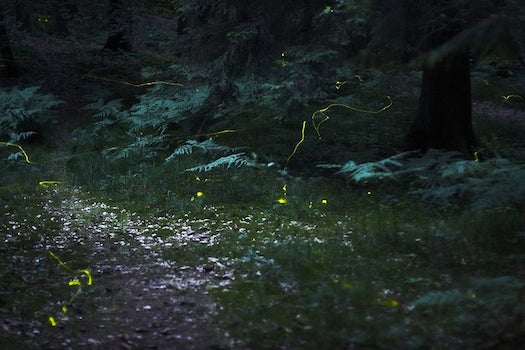 Sometimes, a trick gets pulled off better in nature than it does in a laboratory. That might be the case with new research claiming fireflies’ unique lanterns can be reverse-engineered for LED lights, making the bulbs as much as 55 percent more efficient.

We’ve seen scientists get the idea to mimic the insect’s chemical reaction, but this project deals with their also-impressive structure. This is how the researchers–a team from Belgium, France, and Canada–explained the process in a statement:

Fireflies create light through a chemical reaction that takes place in specialized cells called photocytes. The light is emitted through a part of the insect’s exoskeleton called the cuticle. Light travels through the cuticle more slowly than it travels through air, and the mismatch means a proportion of the light is reflected back into the lantern, dimming the glow. The unique surface geometry of some fireflies’ cuticles, however, can help minimize internal reflections, meaning more light escapes to reach the eyes of potential firefly suitors.

With help from scanning electron microscopes, the team took a deep look at the internal structure of fireflies from the genus Photuris and found scales on the cuticles in a “factory roof shape.” (Think slanted shingles.) Computer simulations showed how those cuticles helped tone down the internal-reflection problem. There’s something else, the researchers realized, that has the same problem: human-made lights. 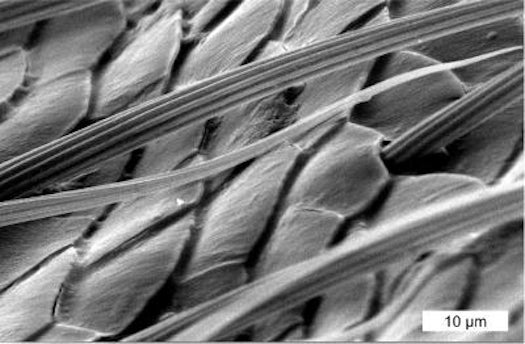 So the team took a gallium nitride LED, added a coat of light-sensitive material, then used lasers to recreate the roof shape they saw in the fireflies. Voila, they report in two papers today, out in the journal Optics Express: an LED that is up to 55 percent better at its job.

The team admits it’s not the first time nature-inspired techniques aped by humans have improved LEDs, but they also claim this is the biggest increase in efficiency ever gained with a technique like it. Next up: reverse-engineering a different species of firefly that might be even more efficient.