This photo accompanies an actual news release from an actual Iranian news service, which claims the Islamic Republic has built... 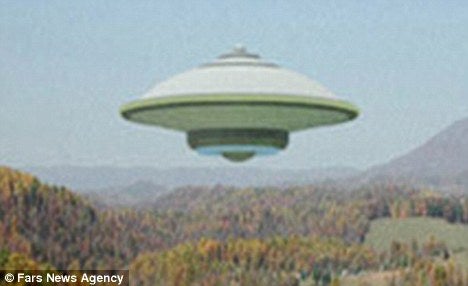 This photo accompanies an actual news release from an actual Iranian news service, which claims the Islamic Republic has built a flying saucer.

Of course, it’s possible Iran’s news agency chose to illustrate their announcement with a screen shot from a 1950s B movie. But the Fars News Service does not explain the photo’s origin, simply stating that the flying saucer was unveiled in a special ceremony.

The ship is called Zohal — Saturn in Persian — and is designed for aerial imaging. Zohal has a data downlink and can fly in both indoor and outdoor spaces, according to the Fars News Service. The Daily Mail points out that Fars is a hard-line state-run news service. But with this photo, we can’t help but think of the homophone farce instead.

From the news release: “The flying machine is equipped with an auto-pilot system, GPS (Global Positioning System) and two separate imaging systems with full HD 10 mega-pixel picture quality and is able to take and send images simultaneously.”

But a separate news agency says Zohal is actually a little “cuadrotour” drone. Another news release, from the perhaps more reliable Iranian Students’ News Agency, shows a picture of a quadrocopter grasping what looks like an old-school Pentax. The news release says that this, instead, is Zohal. 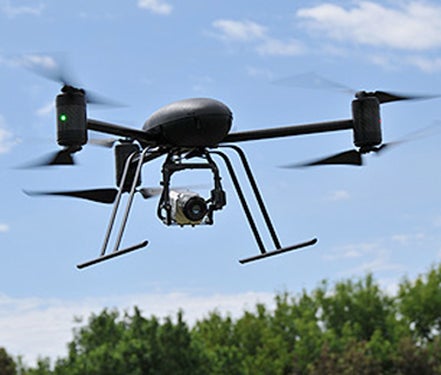 Oh, you mean a flying copter, not a flying saucer!

But again, this photo’s origin is unclear. SUAS News, which covers the UAV community, says this is a DraganFlyer X6. “We doubt very much that the Canadian company has sold airframes to Iran knowingly,” reports SUAS’ Gary Mortimer.

So which one is it?

IEEE Spectrum’s Automaton blog points out that Iran may indeed have built a Coandâ-effect UAV, which looks like a flying saucer. The plate-shaped UAV has a rotor at the top that thrusts air downward, providing lift and thrust.

Iran has announced several achievements in robotics and other technologies during the past year. It launched some turtles into space in 2010, and unveiled a dancing humanoid robot named Surena-2.

But a flying saucer just seems too good — really, just too silly — to be true.