The Wall Street Journal today brings us an amazing story of a few smart engineers, a couple of big-money backers,... 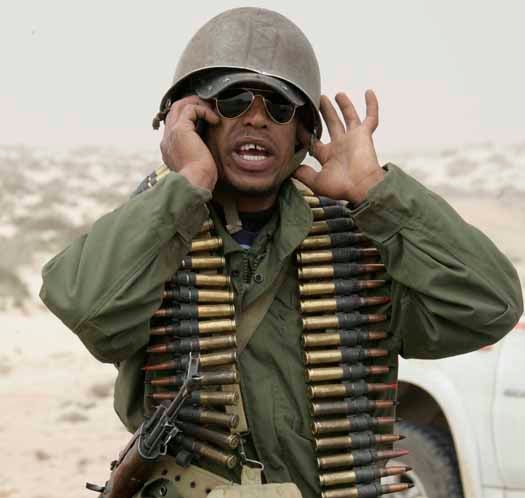 The Wall Street Journal today brings us an amazing story of a few smart engineers, a couple of big-money backers, and one enormous hardware hack. But today’s tale of Libyan rebels and a few international telecom experts hijacking the Libyana cellphone service from strongman Col. Moammar Gadhafi’s government isn’t just another chapter in an ongoing story. It’s poignant–perhaps even prescient–reminder of the way 21st century technology is reshaping the geopolitical landscape.

Since Iran’s “Twitter Revolution” and Egypt’s successful ouster of former president Hosni Mubarak (largely organized via social networking tools), plenty has been written about the role of social media in political revolution and freedom on the whole. But social media relies on the Web, and in cases of revolution dictatorial regimes often do what they do best: they pull the levers of power, in this case the lever that shuts down the Web.

But Libya’s story isn’t one of Internet or social media revolution–in Libya’s case, a team of hackers hijacked the actual communications infrastructure that Ghadafi’s government had shut down, establishing their own network in its place.

Back when Libya’s rebellion was just getting underway, Ghadafi cut the cord on communications. All telecom infrastructure in the country had been built to hub in Tripoli so his government could both control and monitor Internet and phone data. Rebel strongholds in the east and west were then left with no signal. Rebel fighters on the front lines were reduced to using a system of flags to signal troop movements. Coupled with signal jamming being carried out by Gadhafi’s forces, the rebels we fighting a 21st-century battle with tactics reminiscent of the high Middle Ages.

When the problem became clear to Libyan-American telecom executive Ousama Abushagur, he hastily scribbled a workaround on an airplane napkin. The Libyana network infrastructure still stood, it had just been severed from the hub in Tripoli. All the rebels needed was to hack a new hub to create an independent network.

For that, they needed equipment that would work on the Libyana system. Huawei, the Chinese company that outfitted Libyana refused. So U.A.E. and Qatar helped buy the telecom equipment needed in Benghazi and used their diplomatic means to help get it there.

From there, three Libyan four Western engineers teamed with a few Libyana engineers in Benghazi to integrate their new equipment into the existing network. They were even able to hack the Tripoli-based database of phone numbers, patching existing numbers into the system and thus easing the restoration of communications. Etisalat, the U.A.E. telecom, provided a satellite feed, and like that the rebels had their own cellphone network. It was a righteous hack to be sure.

But moreover, it shows how a handful of tech-savvy individuals (and, admittedly, a few million dollars from some oil-rich allies) can undermine the efforts of entire regimes that think they’ve got their communications channels under firm control. The revolutions of the future won’t rely on signal lanterns and riders in the night, but on the ability to keep information flowing. The Abushagur hack is a model for exactly how that can play out even when those in power try to silence the entire system.