Video: Robotic Swiss Quadrocopters Hold Their Own At Tennis

A new event in the robolympics 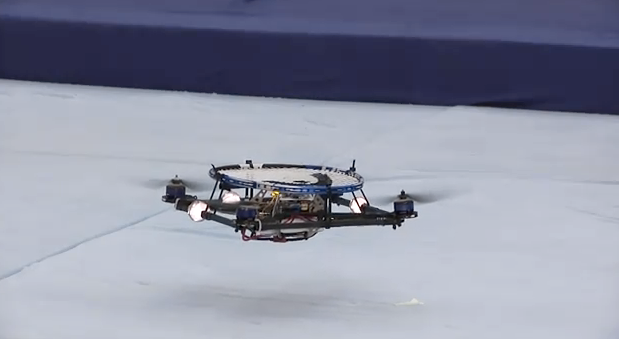 ETH Zurich’s Flying Machine Arena hosted a quadrocopter tennis match, involving a human-robot volley, a doubles match and an impressive robot-to-robot juggling act. The robots were outfitted with tennis rackets, allowing them to fly toward the ball and return a human’s serve. Watch it below.

The quadrocopters are apparently pretty competitive — notice how they dive for the ball even when it’s out of reach.