If you can print an airplane, what can't you print? 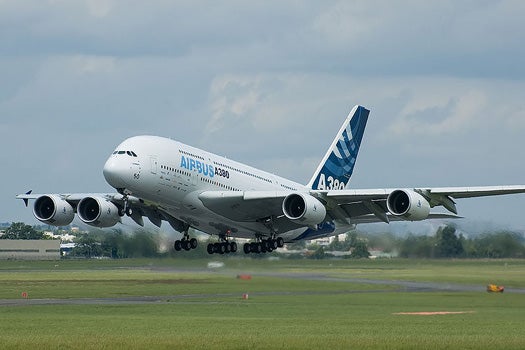 Rapid prototyping, or 3-D printing, has been used to create all kinds of amazing objects in a variety of media, but a team working under EADS in the UK wants to print something heretofore unheard of: the entire wing of an airliner. Working at the same facility where Concordes were once built, researchers there are already printing landing gear brackets and other aircraft components in hopes that one day they’ll be able to print out many of the critical parts for an entire aircraft.

This marks just one of many recent developments that are quickly rendering “rapid prototyping” an obsolete term. Once used to churn out prototype parts in plastics and resins before actual objects were machined from metal blocks, experts in the field now say 20 percent of the output of the world’s 3-D printers is final products, and that’s expected to rise to 50 percent by 2020. In other words, people are prototyping and manufacturing on the same machines.

This is chiefly due to developments that allow modern 3-D printers to turn out finished objects in media ranging from the high-grade titanium alloys necessary for aircraft construction to glass, plastics, concrete, and even frosting. Printing finished parts saves on production costs because there is dramatically less waste (especially in the case of airframe components, which can leave up to 90 percent of a block of pricey titanium on the machine shop floor) and it allows manufacturers to tweak designs or customize parts at a fraction of the cost of re-tooling a machining process.

But printing a jetliner wing is something else altogether. If EADS (the maker of Airbus) figures out how to print their airframes, wings, and other components in a way that’s demonstrably as safe as machining their parts, they could build significantly lighter, more efficient aircraft at lower costs. It’s also within the realm of possibility that the company could build an entire aircraft–piece by piece–in one place, sidestepping some of the supply-chain problems that have delayed the Airbus A380.

Of course, what’s good for EADS could be good for a variety of manufacturing enterprises; if you could print an airline wing that can stand up to wind-tunnel tests, you could print just about anything. 3-D printing lowers the cost of entry into manufacturing for any number of enterprises and simplifies what’s possible with a good design program and a good idea. But don’t take it from us. As aspiring innovator Schuyler St. Leger explains below, there’s a lot to love about the explosion of 3-D printing technology.