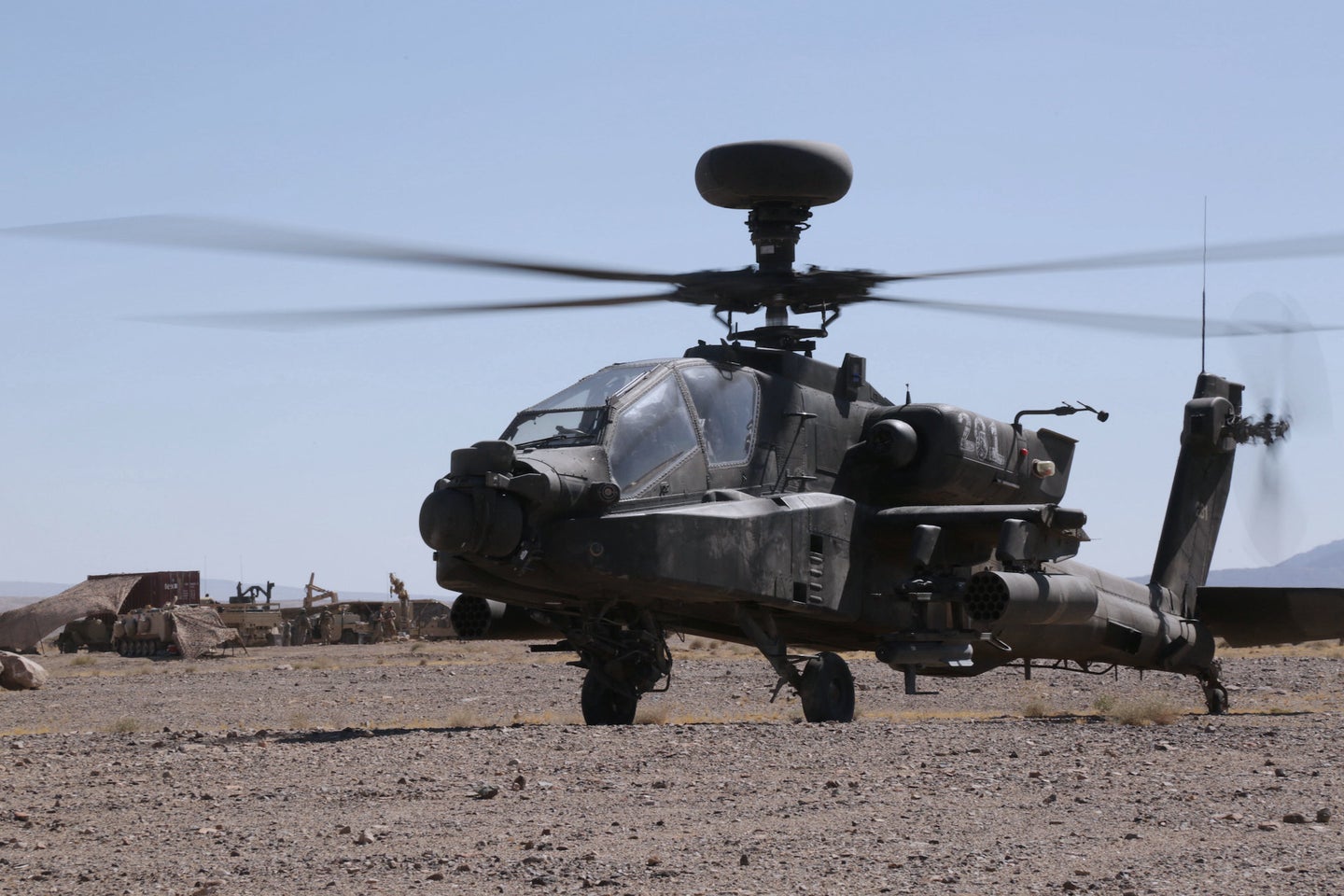 An Apache helicopter in 2016. Spc. Daniel Parrott / US Army
SHARE

As the Pentagon completes its withdrawal from Afghanistan, the Army wants to make sure that when it fights the next war, it does so on that future conflict’s terms. That’s part of the impetus behind two connected plans called Army 2035 and Waypoint 2028, which spell out the changes the Army needs to make to win the wars it expects to fight in the future.

The Army describes its goal as “maintaining overmatch,” a supremely awkward phrase meant to encompass everything that leads to victory in battle. This could include superior numbers of soldiers, better-positioned and longer-ranged artillery, or simply picking a fight in the right place where an opponent is unprepared. If there’s a reason to revert to jargon in explaining the how and why of winning, it’s because superiority in battle and at war can take many forms, and it’s hard to guarantee an advantage in every one of them.

As part of a continual review process, the US Army Combined Arms Center at Fort Leavenworth, Kansas identified four factors that the Army needs to address to meet its 2028 and 2035 goals. Taken together, a list of these factors, published by the Army on August 6, reveals what kind of war the Army anticipates fighting in the future.

The future of war is big

When the United States invaded Afghanistan in 2001, it did so with a few thousand troops. Between 2010 and 2011, the peak of US deployments, there were 100,000 troops stationed in the country, though that was relatively brief. In 2003, the US and the United Kingdom invaded Iraq with 125,000 troops, scaling up for an occupation afterwards. These numbers would fluctuate over the course of the wars, but with the exception of the initial invasion of Iraq, the troops were mostly used for the micro-battles of counter insurgency. Patrols, small raids, and the occasional shoot-out with insurgents located in one neighborhood or one city were the default of the war.

In reviewing Waypoint 2028, the Combined Arms Center looked at this legacy of dispersed, small fights, and found them lacking for the kind of fast-paced, interconnected battle the Army expects to fight against other militaries.

Two possible scenarios, outlined in a January document on doctrine, reveal how fighting a war at scale is different from fighting against an insurgency. The first is that, if the battle goes very well, soldiers may suddenly find themselves responsible for accepting the surrender of a large group of enemies. Collecting important information from detained enemies is an essential part of counter-insurgency, but that kind of questioning is simply not possible at scale when many people defect, and the Army would rather anticipate that outcome now, instead of losing something vital in the future.

Another change in future wars is that the Army will not always be able to rely on friendly air support overhead, which has been the default status of war in Afghanistan and since the earliest days of the war in Iraq. That might not be the case against an enemy nation, and soldiers should train for big wars with the understanding that the enemy might prevent air support, or even attack from the sky themselves.

The future of war is connected

War, as the Army knows it now, is already connected. Spotters on the ground can point laser target markers at enemy tanks, guiding the bombs dropped from jet fighters closer to the target. The spotters communicate by radio, and the guided bombs read GPS coordinates for more accurate strikes. This kind of attack involves military tools on land, air, and in space, as well as communication across the electromagnetic spectrum. Looking at all of these areas, or domains, together helps understand how each individual tool can be used in a broader war, by the US or by other nations.

To talk about this connectedness, the military uses the phrase “multi-domain operations,” which is another way to talk about tools connected to each other even when they aren’t physically attached. In addition to domains like sea, air, land, and space, or harder-to-see domains like cyberspace and the electromagnetic spectrum, these operations also take place in time, of course. Plus, communications connections are themselves a potential place for error.

Command and control, or the giving and following of orders, is vital for the Army to work together to win its battles. The communications channels used, for everything from GPS signals to radios to cell towers to orders shouted in combat, can be disrupted and attacked with jammers and intercepted with listening devices. That can lead to situations where soldiers are out of contact with each other and their commanders.

As part of its 2028 planning, the Army wants to make sure it can win fights spread out over time and distance, against an enemy willing and able to interfere with all the tools—like helicopters, satellites, and radio transmissions—that presently allow the Army to fight while spread out.

Figuring out how to ensure that fight is a task for the future. The years 2028 and 2035 are still a ways off, and at present, the Combined Arms Center’s recommendation is to start training for wars of the future now.