China’s working on the next generation of military exoskeleton. Here’s what it can do.

Getting ever closer to Iron Man-like capabilities. 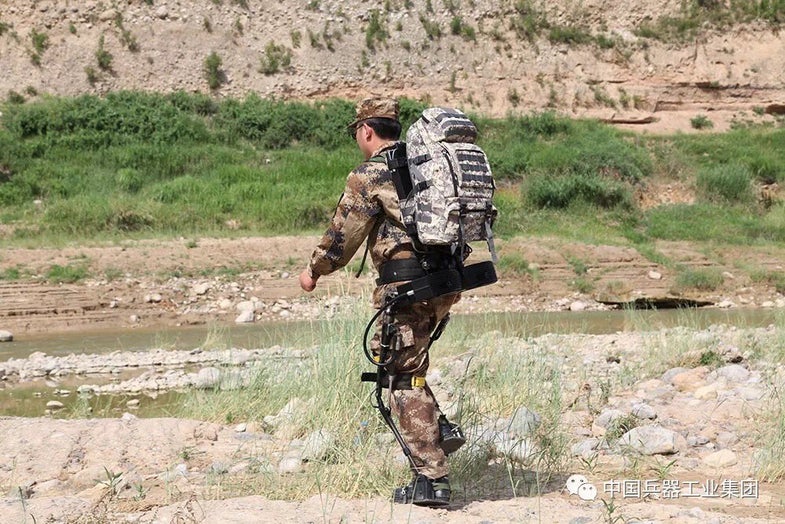 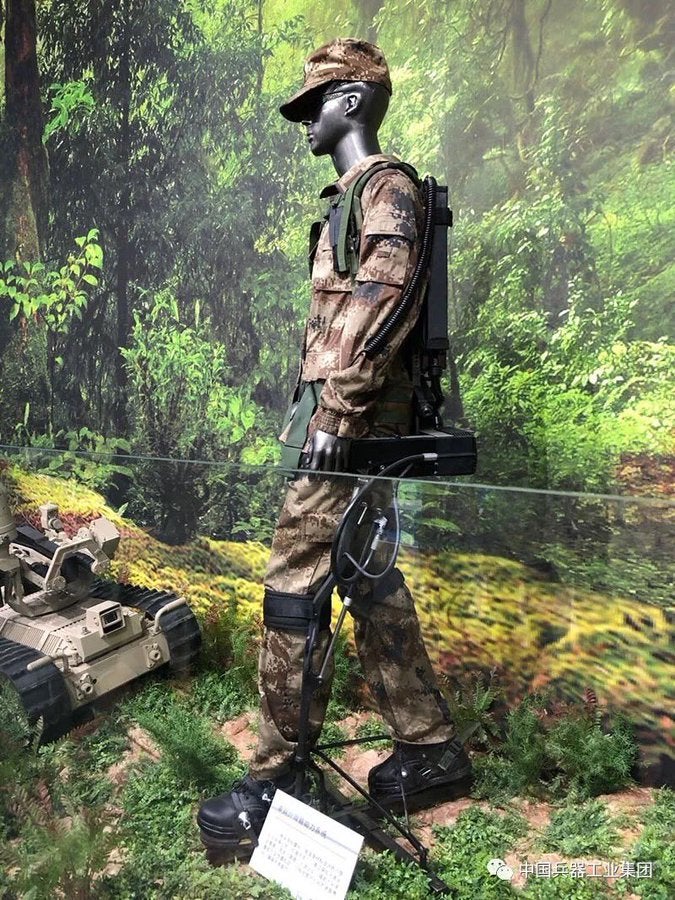 Compared to a previous Norinco exoskeleton, which came out in 2015, this second generation has a better battery, more robust hydraulic and pneumatic actuators, and a streamlined harness. 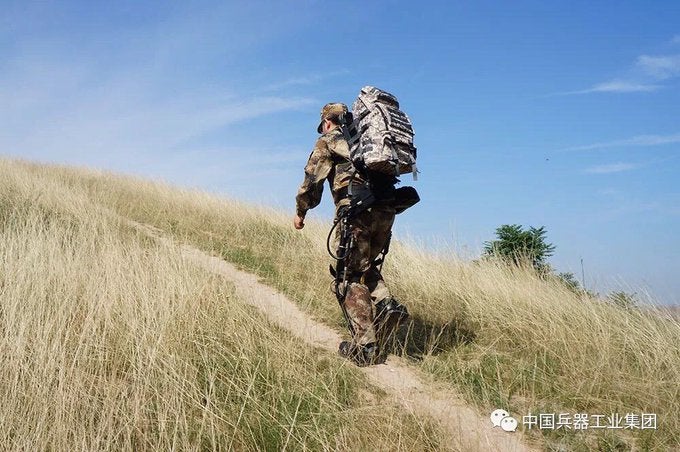 An Exoskeleton for All Seasons

The new exoskeleton’s handling, ergonomics, and endurance make it valuable for infantry operating far from base.

The new version is also lighter, which will likely reduce strain felt by the exoskeleton’s wearer, making it a better choice for troops in mountainous terrain. (Hence all the press photos that look like REI ads.) These refinements in weight, ergonomics, and power supply could also boost the second-generation exoskeleton’s coefficiency ratio. Basically: the higher the ratio, the less physical effort is needed to wear it. A ratio of 5:1 means that the wearer’s body only needs to exert the effort it takes to carry 10 pounds in order to carry 50 pounds. The company’s also claiming that the reduced weight increases battery performance, which would make sense. Norinco’s first-generation exoskeleton had a top speed of 2.8 miles per hour, for 12 miles. They say this new version improves on that, but doesn’t say by how much. 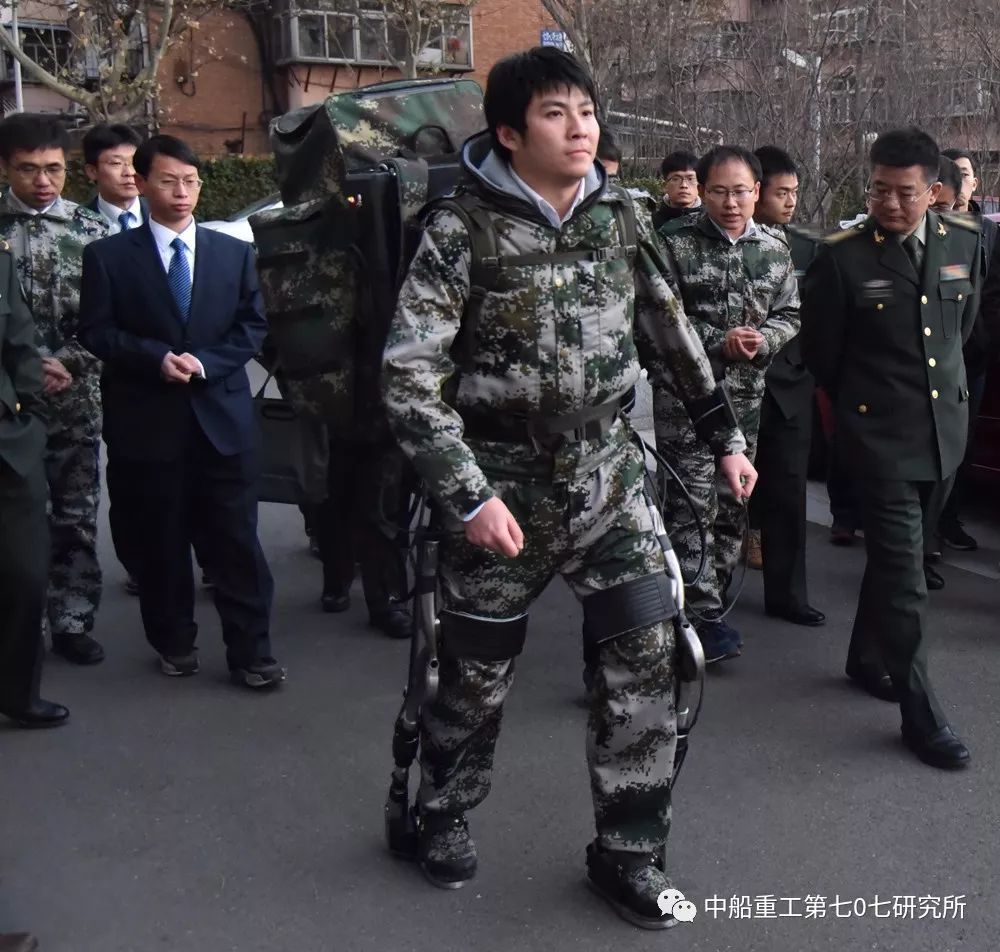 Even Shipbuilders Want One

Norinco isn’t the only Chinese exoskeleton builder. Last month, the China Shipbuilding Industry Corporation’s (CSIC) 707th Institute showed off its own powered exoskeleton to senior Chinese military officers. CSIC is marketing theirs as ideal for the shipyard, where people are expected to carry huge loads. In additon, Chinese military engineers at EEAE have developed the L-70 exoskeleton, which we saw first in 2014 and again in 2016. Before that, the Nanjing Military Region’s General Hospital built an exoskeleton that helped its wearer lift up to 80 pounds. 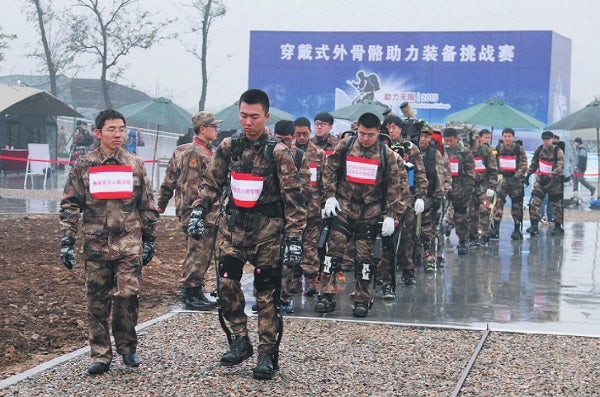 China’s push to develop powered exoskeletons has implications for almost every area of combat operations. If the plans prove successful, Chinese infantry and special operators could not only carry heavier equipment for longer distances, but also attach body armor to individuals. (This would make the exoskeletons a lot like concepts on the American side, including TALOS. None of which can fly like Iron Man. Yet.)

More prosaically, exoskeletons can be used to assist soldiers in a bunch of support tasks, including loading supplies, getting missiles onto airplanes, and repairing ships.