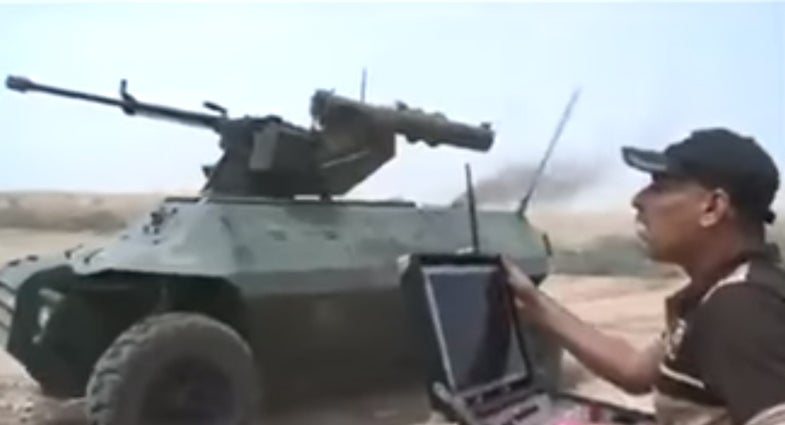 Robots don’t experience fear. They don’t experience any emotions at all, really, but on the battlefield, it’s the lack of fear that stands out. When ISIS captured Mosul in 2014, they did so with just 2,000 fighters, taking a city of 2 million from a defensive force of 30,000 Iraqi Security Forces. ISIS took Mosul with speed, and they took it with fear.

Iraq’s armed forces in 2014, especially those guarding Mosul, were under-trained and ill-equipped, and nowhere near as strong as a 15-to-1 numerical advantage suggests. Troops never trained to fire a gun fled, fearing what reprisal from a victorious ISIS insurgent state would mean to themselves and their families. After ISIS used suicide car bombs in attacks on the outskirts of the city, the Iraqi Security Forces abandoned the city.

More than two years later, Iraq is in the process of retaking Mosul from its radical occupiers. After two years of grinding war against ISIS with support from the United States and others, Iraq’s military began the long, hard fight for the city. Joining that fight is a new, Iraqi-designed and Iraqi-built war robot. Dubbed “Alrobot,” we first saw the machine demonstrated in August. It appears the war machine made its combat debut in Mosul yesterday:

The robot is armed with rockets. In earlier demonstrations the ‘thermal optic gun’ looked like a heavy machine gun paired with an infrared camera so the bot can fight at night. That gun seems missing from this model, but future models will likely include a gun and better cameras for targeting in battle.

This war robot is still a human-piloted, remotely controlled machine. We don’t know the range of the connection, but it’s safe to say based on other robots that the human still has to be nearby. But those humans can remain safely out of sight, while the rocket-armed robot faces down suicide car-bombers or other, terrifying threats.

In the effort to retake Mosul, the robot is just one part of an Iraqi military that’s rebuilt itself for the fight over the past two years. We’ll see if the robot plays any role in the fight beyond novelty, but the potential is certainly there.

Here’s video of it on display earlier this year.