NUC9 Extreme Kit is the first in a wave of small, powerful gaming machines. 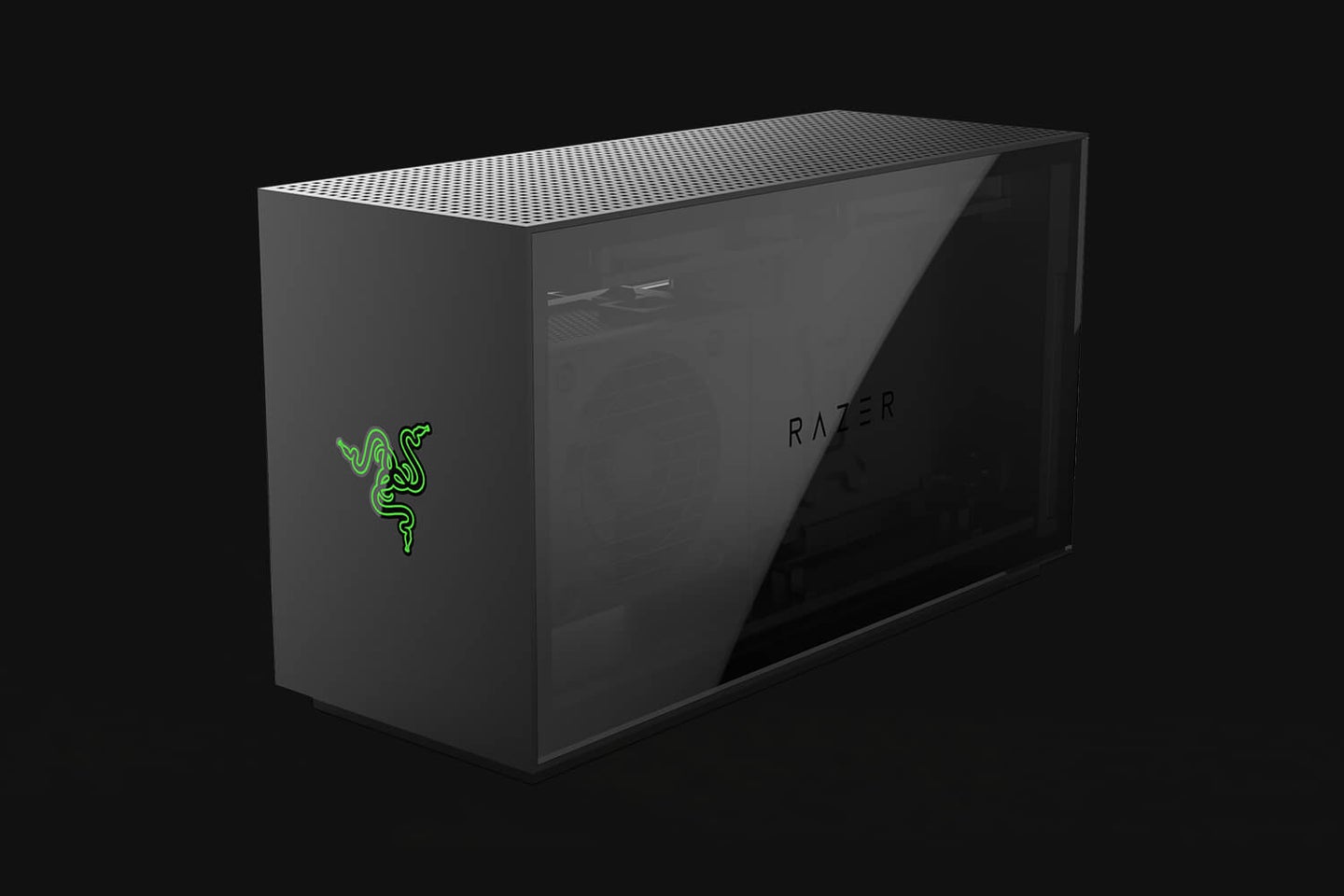 Building a gaming PC can be part of the fun—if you know what you’re doing. You get to select all your parts from the CPU to the RAM, and then you get to dig in and customize your rig so you can brag about features like your cable management. It’s not for everyone, though. Some PC gamers live in the middle ground where machines are powerful and upgradeable, but don’t require hours spent fussing around with ribbon cables.

At the recent CES in Las Vegas, Intel announced its new NUC9 Extreme and its NUC Extreme Kit, both of which attempt to fill that niche. At just 5 liters of volume—many gaming PC cases check in over double that—the Extreme Kit PC is almost small enough that you could mistake it for a typical gaming console like the PS4. But, Intel’s machine is a full-fledged PC gaming setup, and more like it are coming this year.

At the heart of the machine, you’ll find Intel’s NUC 9 Extreme Compute Element. The self-contained card contains all the essential elements for a computer, including the motherboard, RAM, solid-state storage, connectivity ports, and a powerful Core i9 CPU (you can also choose a lower model if you don’t need that much power). An internal vapor chamber also handles cooling, which can be tricky when this many components live in such tight quarters.

Down the road when you want to upgrade, you can simply buy a new Compute Elements, which gets you upgraded specs, but also ensures that everything inside is compatible. Your motherboard will definitely match your processor and you’ll get access to whatever the latest set of connectivity ports are available at the time. The new model ships with four USB 3.1s, a pair of Thunderbolt 3s, HDMI 2.0a, Wi-Fi 6, and a dual-radio Bluetooth 5 connection. You’ll still have to provide your own operating system, even if you buy the Kit.

NUCs have been around since 2012, but they were never really meant for gaming performance because they used onboard graphics. Gaming rigs use dedicated GPUs to handle the massive amounts of computing power it takes to render high-res game images at fast frame rates. Without a dedicated GPU, all that weight falls on the processor itself, leading to choppy game play, chunky graphics, and a generally crummy gaming experience.

At CES 2020, however, Intel introduced an upgraded version that works with a desktop-grade graphics card and fit both the NUC and the GPU into the compact Extreme Kit box.

It’s not a perfect solution. The Extreme Kit case can’t accommodate just any old graphics card—Asus made a more compact version of the Nvidia RTX 2070 specifically to fit it. And the whole platform will require continued support from Intel and other manufacturers for it to succeed. Upgrading the essential elements of your computer by simply sliding a new card into your case is attractive, unless those cards are hard to come by down the road.

For now, however, Intel has already gotten some third-party support for the project. Razer unveiled its Tomahawk PC at CES 2020 and it’s even more versatile than Intel’s own Extreme Kit box. The Tomahawk opens with just a few thumb screws—you don’t need any tools to get into it and swap parts. It’s slightly bigger than Intel’s skull-adorned case, so the Tomahawk can accommodate a full-sized graphics card without the need for something downsized.

According to the company, it hasn’t quite decided what configuration it’s going to sell, but Razer does plan on offering both fully-built PCs that are ready to play out of the box, and the chassis alone (which it calls the Tomahawk 1N).

I got some hands-on time with the Tomahawk at CES and I was really impressed with the elegant design of the case and how simply everything fits together.

The NUC 9 Extreme compute elements and the Kit start shipping later this year. Other manufacturers like Cooler Master have already signed on to make machines using the technology, and support will likely continue to grow.