Detailed graphics and realistic weather details make this the next best thing to actual flight. 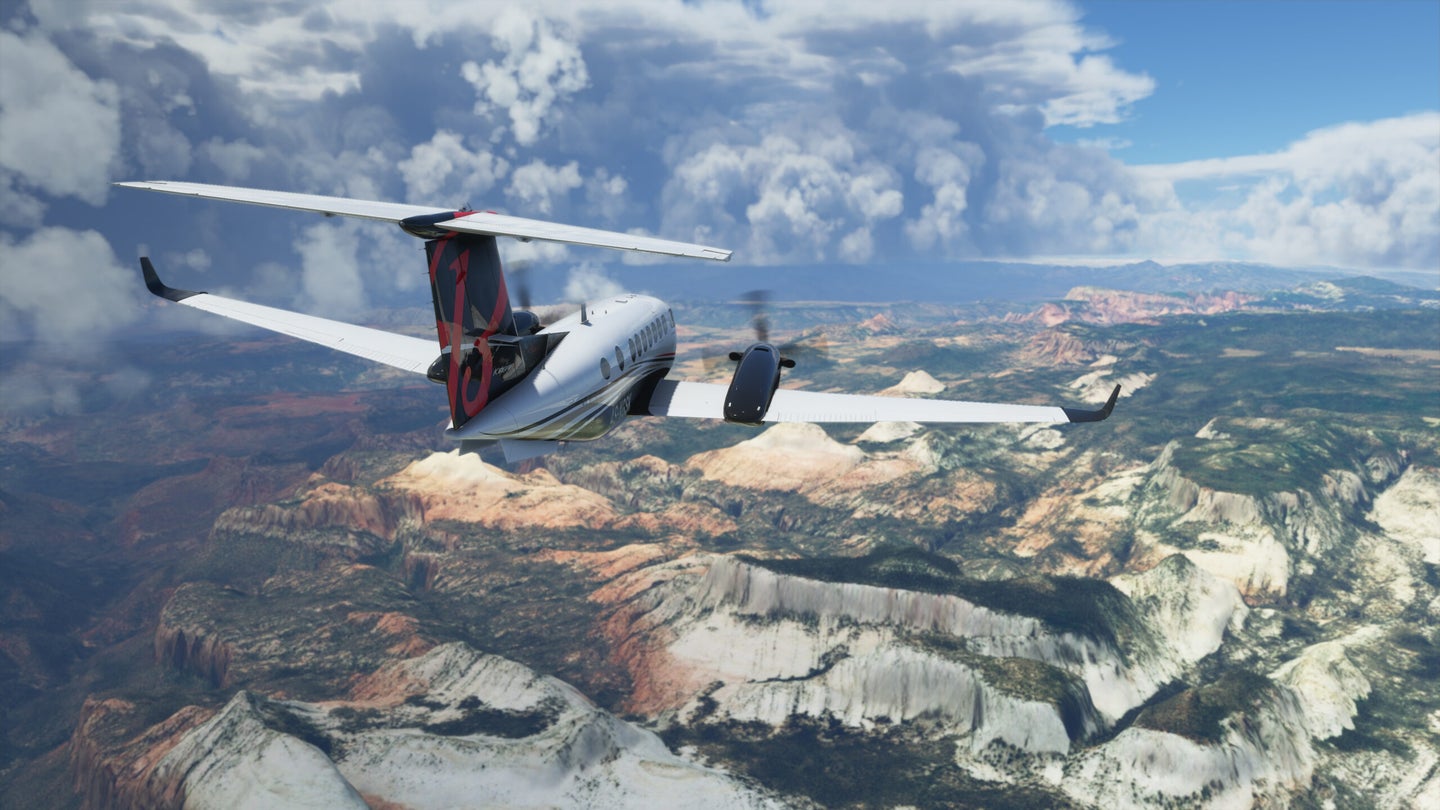 Realistic graphics extend to the ground and the air. Microsoft
SHARE

It’s a very bad time for aviation: The pandemic has people understandably wary about flying, and has spurred airlines to send beloved but aged aircraft like the 747 into retirement earlier than they had planned. Planes are grounded; air traffic is down. By one metric, air travel demand is down by 65 to 70 percent globally when measured year-over-year, according to consulting firm Oliver Wyman.

But there’s a digital bright spot for aviation buffs: For the first time since 2006, Microsoft is releasing a new version of their famous Flight Simulator game, a franchise that dates back originally to 1982. And by all indications, the world, the aircraft, and the actual flying it simulates are not just gorgeous, they’re highly accurate and realistic, too.

The simulated world includes thousands of airports and 2 trillion in-game objects, like trees. Creating the landscapes and buildings, plus natural elements like waves, required employing a mix of real information, artificial intelligence, and software physics engines.

How they modeled three-dimensional buildings, for example, depended on what kind of visual data about them already existed. The system uses Bing Maps, and for some urban centers, three-dimensional photographs of the cityscapes already existed. That type of rich visual information is called photogrammetry, and where it exists, like for New York City or Seattle, the simulator is able to incorporate it.

But they didn’t have that kind of photogrammetry detail for thousands of other cities, so they used artificial intelligence to create three dimensional buildings out of the two-dimensional satellite imagery they did have. “The AI looks at top-down [information] and it sees a roof,” explains Jorg Neumann, the head of Microsoft Flight Simulator. “Out of that, we create a 3D roof, and then we raise the building, because we know roughly how high the building will be.” (Google Maps does something similar with AI and the creation of building outlines.)

They also take into account what the buildings should look like in a specific city, stylistically. “That’s why you can find typical Parisian buildings,” explains Martial Bossard, the project’s lead software engineer. “And of course you won’t find the same in Seattle, for instance, or Moscow.”

Artificial intelligence also helped with figuring out where trees should go. The greenery revealed by satellite imagery could be forest, but it could also be grass—and of course there’s no catalogue of the locations of all the trees on the planet. “At some point, it’s just all green,” says Neumann. He mentions the Russian tundra. “It’s a bunch of grass, next to a bunch of trees, so we had to figure out what is the tree, what is the grass, and AI helps us with that.”

But flying is about more than just the landscape below. There’s the weather and the wind—it blows ocean waves, or blades of grass, or an aircraft in flight. For elements like waves, the simulator is using software engines—as opposed to AI-powered reconstruction techniques—that generate the effect.

Then there’s the natural illumination of the world. “We’ve got also a unified light system that makes the light bounce everywhere,” says Bossard. “The way you can perceive light, it helps you understand the world itself, but also facts like the readability of [cockpit] instruments.”

To model the weather, they can take what’s happening in real time in the actual world (via Meteoblue) and recreate it in the simulated world. Of course, it’s not identical down to a miniscule level: “We are not yet in a position to take every single piece of cloud, and to reproduce it,” Bossard says. Clouds exist in 32 different layers up to an altitude of 65,000 feet; the game takes into account factors like humidity, temperature, and wind speed.

The stars of the show, though, will be the planes. Depending on which version of the game you purchase—standard, deluxe, or premium—you get different aircraft to operate. Included in the standard edition are, among other planes, the Boeing 747 (specifically, the 747-8i), a Pitts biplane, and an Airbus A320. Moving up the ladder to the deluxe edition gets you a Boeing 787 Dreamliner. There are no military aircraft in the flight simulator.

The world, weather, and aerodynamics of flight may be simulated as accurately as possible, but not so the crashes—don’t expect to view any mangled aircraft. “Partnerships with manufacturers are critical,” says Neumann. “They don’t want the aircraft to be shown in a damaged state.”

That doesn’t mean you can’t simulate unconventional scenarios, though: You can still try landing an aircraft on the grass, or even touching down with the landing gear up. “There’s a belly landing you can do, if you’re a good pilot,” Neumann adds.

The PC version comes out on August 18 and there’s no word yet on when it debuts on Xbox.