The most exciting new laptop tech coming in 2021

AMD and Intel have new chips that will make for more powerful portable machines. 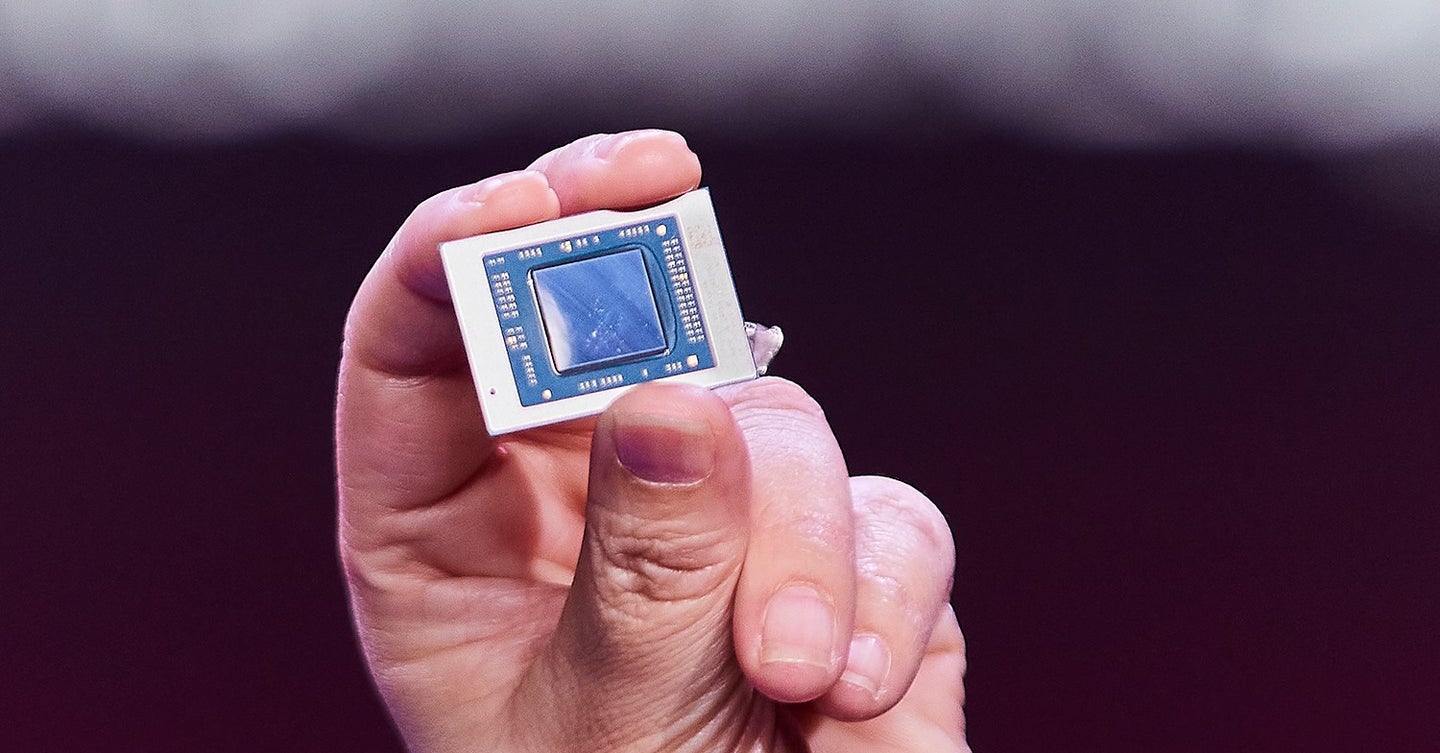 AMD is taking a big swing with its Ryzen 5000 mobile processors. AMD
SHARE

This year’s all-digital Consumer Electronics Show was a mixed bag of new products. Without a show floor for companies to demonstrate their new gadgets, it was hard to pick out the stuff that really mattered. In the land of laptops, however, there were some clear standouts, most of which were driven by new silicon tech from AMD and Intel. Here are some of the most important new announcements, as well as some specific laptops that differentiated themselves from the pack. This new tech will also have to stand out from Apple’s new M1 chip, as well as its upcoming ARM-based MacBook Pros, which are rumored for later this year.

Last year, Nvidia debuted its new 30-series GPUs, which drastically reduced the price of the previous year’s models while increasing the overall performance. Unfortunately, the full-sized 30-series cards are massive and power hungry, which makes them incompatible with portable PCs. At CES, Nvidia unveiled the laptop-specific versions, which includes the RTX 3060, RTX 3070, and RTX 3080.

As the RTX name suggests, the cards support ray tracing, a graphical technology that was once primarily used by special effects houses. Since 2018, however, ray tracing has made its way into PC gaming, and it arrived on consoles in 2019 with the Xbox Series X and the PS5. Even at the base level RTX 3060, Nvidia claims to achieve more power than the PS5 or its own previous flagship card, the 2080 Super.

The powerful new cards translate directly into better gaming performance. At the top end of the line, the RTX 3080 claims it can achieve frame rates as high as 100 fps at 1440p resolution, which is impressive even in the world of desktops.

As you might expect from the power level, these cards aren’t cheap and you shouldn’t expect to find them outside high-end gaming laptop lines like the Razer Blade Advanced edition or the Asus ROG Zephyrus Duo, both of which also debuted at CES this year and start between $2,500 and $3,000.

On the processor front, Intel released its 11th-generation Core H-series chips, which are built for powerful laptops—the U-series chips typically power more practical models. This is a more procedural power jump when compared to the GPU progress, but the new 11th-gen chips should provide some tangible performance upgrades. There are three new versions, including a Core i5, a Core i7, and a Core i7 special edition at the top of the lineup. They all employ Intel’s Turbo Boost tech, which increases single-core performance. That extra performance comes in handy for particularly resource-intensive work like gaming.

Last year, AMD’s mobile processors made a big leap in both performance and battery life. This year’s selection of chips includes 13 new models that span the middle and high-end laptop markets.

At the top of the heap, the HX-series targets gaming PCs and the most powerful machines around. There are two SKUs, including the Ryzen 9 5900X and the Ryzen 9 5980 HX, both of which have 8 cores and 16 threads capable of overclocking (pushing the chips beyond their typical performance).

AMD claims that its 5900X can top Intel’s leading i9 chip by more than a third.

The U-series chips from AMD compete directly with Intel’s Core i7 Tiger Lake chips, and AMD claims it has the edge in terms of perforce there as well. We were very impressed with the AMD-powered Asus ROG Zephyrus 14 last year—it’s one of the most powerful 14-inch laptops we’ve used. This year’s machines should be similarly impressive.

While the chips are interesting, it’s the laptops themselves that you’ll want to check out in the real world. Acer’s most interesting announcement came in the form of its aluminum-clad convertible Chromebook. It uses a mid-level AMD Ryzen 3000 C-series chip that gives it full-on laptop performance. Previous models had paltry integrated graphics hardware, but the Ryzen gear has Radeon graphics right on the chip, which should make for a marked increase when GPU performance comes into play during games and video editing.

As stated before, you can’t cram a full-fledged desktop GPU into a laptop, which is where external GPU enclosures come into play. They’re typically big and finicky, but the new Asus ROG Flow and its XG Mobile eGPU switch it up. The computer itself relies on paltry integrated graphics, but the external case can hold up to an RTX 3080 inside. Despite its capacity, the XG is only about the size of a paperback book, which makes it easy to move around. You won’t want to set the whole thing up on the table at the local coffee shop, but it’s a great option for gamers who want to play once they get to a hotel or another destination with a little desk space and a free outlet.

Built more for the corporate market, Microsoft’s Surface Pro 7+ relies on laptop-grade Tiger Lake processors, which should make them plenty capable. The coolest feature, however, has to be the removable boot drive SSD. If users are worried their laptops might get stolen, the main drive actually comes out of the computer so it can be kept more securely. Even if someone gets a hold of the machine itself, there won’t be any information on it to steal. Users could also swap the drive into a new machine and get back to work should something happen to their old hardware.