A deep dive on the mechanics that drive motorcycle-engine design. 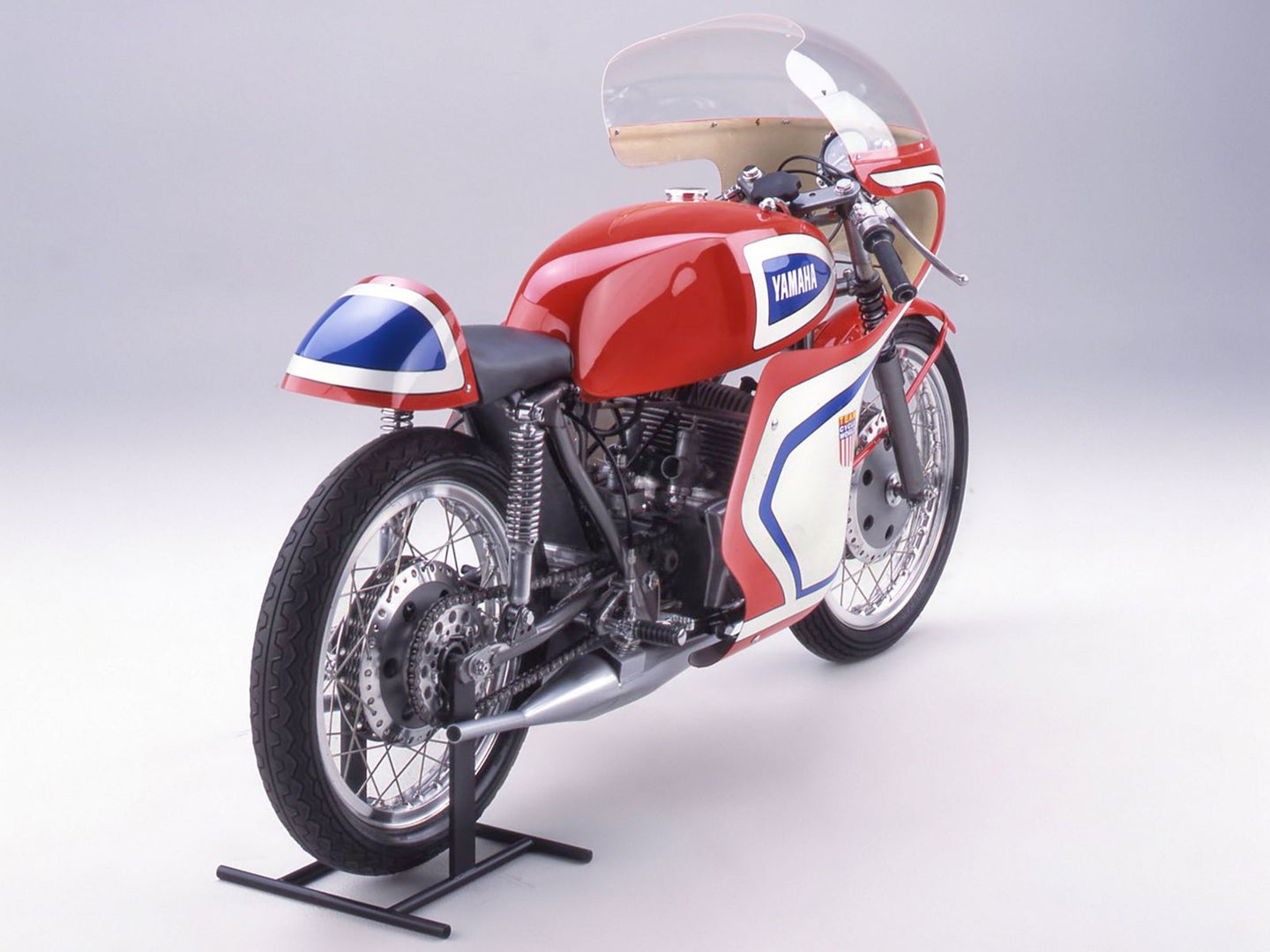 This story was originally featured on Cycle World.

As I’ve been assembling my 1965 Yamaha TD1-B I’ve been impressed again and again by how heavy its parts are. My conclusion is that this weight was dictated by its engine vibration. Control when cracking appears by varying the wall thickness of frame tubes. Ah, thick is best!

Weight and vibration are connected in other ways too. When Honda built its 1997 1,100cc Super Blackbird, it decided to give it secondary balancers. Why on that model and not, for example, on the CB900F—also a transverse inline-four—of the early 1980s? At least part of the answer has to be that those massive earlier engines were so heavy that the shaking forces of their madly back-and-forthing pistons could hardly move them.

Here I’ll introduce the idea of vibratory excursion: The amounts by which piston shaking force could move back and forth the engine of which they are part, if it were a free body floating in space. Clearly, the heavier the engine in relation to its pistons, the smaller its excursion and the smaller the discomfort they can transmit to the rider. This explains why early British twins, which began as 500s, vibrated fairly tolerably. But as the market demanded more power, bigger, heavier pistons and rising rpm produced larger and more tingly vibratory excursions. At the end. Norton’s 835 parallel twin had to be mounted in rubber “Isolastic” mounts to keep the worst of its shaking from reaching the rider.

Looking closely at the CB900F we can see that the engine is quite heavy, and that it is rubber-mounted, and that many other parts of that bike are mounted in rubber. So much rubber that for those who wanted to make racers of the 900, “de-rubberizing kits” were made, substituting the positive alignment of metal sleeves for the vagueness of rubber. Such kits also included pre-cut reinforcement plates and gussets to be welded into the chassis to further stiffen it.

If you are trying to build a high-performance sporting motorcycle, it is a shame to have to rubber-mount the engine, as this robs the chassis of the engine’s inherent stiffness. To make the chassis adequately stiff without that, it must contain more metal and be heavier itself.

Earlier, Ducati had its unique formative experience of trying in the 1950s and ’60s to build bigger, more exciting sporting singles. Vibratory excursion became so large in the desmo 450 that, idling on its stand, it would slowly creep across pavement or a concrete floor from vibration alone. Dr. Taglioni changed course by applying the well-known fact that a 90-degree V-twin can be made to self-balance its primary (meaning crankshaft speed) shaking forces. A major result was Paul Smart’s sensational 1972 Imola 200 victory on the new bevel-drive twin, and endless US media acclaim from the late Cycle magazine.

When aluminum came under consideration as a possible chassis material—first in the form of MX swingarms of the early to mid-1970s, then as whole roadrace chassis starting in 1980, the impact of vibration had to be dealt with. Most aluminum alloys lack a valuable property that steel has—a fatigue limit. The fatigue limit is the level of cyclic stress below which a part has essentially infinite lifetime.

When Yamaha tested with a square-tube aluminum chassis for its inline-four YZR500 before the 1980 season, it cracked constantly and had to be welded after each test day. In 1972, I had seen the futuristic but impractical monocoque aluminum chassis of Eric Offenstadt (built for the vigorously vibrating Kawasaki 750 triple) being loaded up every evening after Daytona practice to be taken to have that day’s cracks welded. Aluminum remembers every insult, so if the lightness potential of aluminum as a chassis material was ever to be realized, such chassis would have to be effectively protected from vibration.

“Let ‘er rip” was too much for me and my few 1967 rides on Yamaha’s TD1-B production racer—my hands became numb stumps. It is also too much for moderns who take a spin on a classic vintage British twin. “Do they all vibrate like that?” they ask, rather reproachfully.

Rubber engine mounting works well in cars, few of which (other than F1 cars) use engine stiffness as part of the chassis. But on a bike, rubber mounting requires that the chassis by itself be made rigid enough to do the job—needing extra material and weight. An exception was Erik Buell’s reprise of the Isolastic inspiration—an engine that vibrates in a single plane, as Harley V-twins do, can be allowed to orbit on mounts that permit this while retaining stiffness in twist.

The fourth way was the use of balancers to cancel engine vibration, entailing some weight and added friction.

In 1986, Honda put aluminum chassis into showrooms via the inherent smoothness of the 90-degree V-4 engine in the VFR750. Both Honda and Yamaha in the 1980s produced factory 250 roadrace twins in the low-vibration form of a 90-degree vee cylinder configuration. Yamaha in its 1986 TZ250 production racer used a balance shaft to eliminate the rocking couple caused by the two cylinders not being in the same plane. Some skeptical riders were sure that balance shafts must be sucking up big power, but when they deleted the shafts their bikes vibrated badly and were no faster.

The deed was done. The way forward was to quell vibration at its source and then to use a rigid-mounted engine as a major part of the aluminum chassis.