When Virtual Crimes Get Prosecuted In Real Life 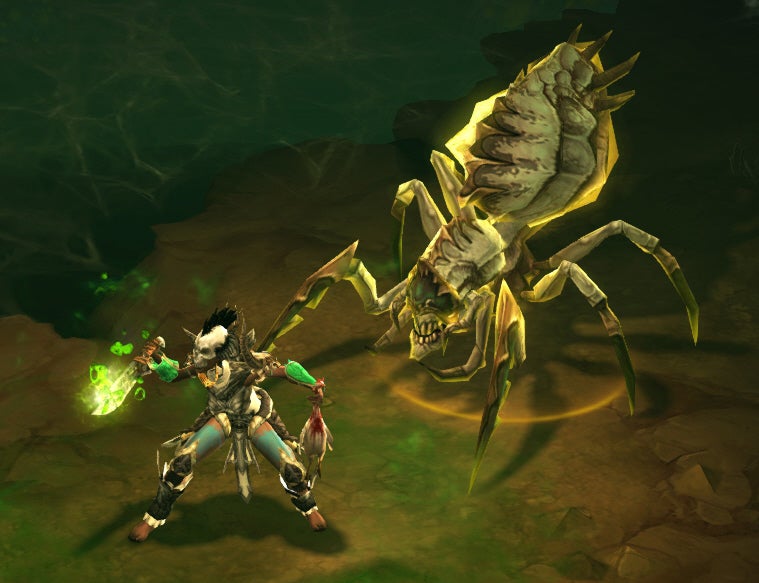 At what point do video game items stop being trinkets and start counting as property? With the launch of Diablo III, a wildly popular online role-playing game, players looking to trade with others sometimes found themselves asking that very question as a duo of players, breaking with the in-game camaraderie of human-controlled adventurers against computer-generated monsters, proceeded to mug other players for virtual swords and armor. A fascinating look at the summer 2012 crime spree and its now-resolved court aftermath comes to us from Fusion. Their reporter spoke with Michael Stinger, one of the people involved in the theft, about the odd world of prosecuting virtual-item theft with real-world means.

As a virtual world ripe for plunder, Diablo III had a lot to offer. An infographic released for the game’s first anniversary by Blizzard, makers of Diablo, shows that the game’s 14.5 million unique players together spend about 8.2 million hours a day in the game. Like other games in the hack-and-slash dungeon crawler genre that Diablo helped define, players gain in-game gold and gear from defeated enemies, with harder foes yielding better loot. Better gear means stronger characters, but it takes a long time to get to.

One way around this was through auction houses, where players could sell their gear to other players for either in-game currency or real-world money. In theory, this provided a good way for players who had lots of time to play the game to exchange items for money from players who had little time but lots of money to spend on the game. Blizzard ultimately closed the auction houses, citing gameplay concerns:

The auction houses also provided a way for thieves to fence stolen goods. Working together with Patrick Nepomuceno, Stinger would get another player to follow a link under false pretenses, which would then give Nepomuceno remote access to the mark’s computer. In the game, the hijacked character would shed its items, and then Stinger would collect them.

Curiously, their case doesn’t have an assessment of the property damage inflicted; because the stolen items were virtual, Blizzard was able to terminate Stinger’s account and create identical, replacement items for the mugging victims. To calculate damages, the courts instead looked at the value of the items stolen in the auction house at the time, and determined that this was a felony-level of theft.

Perhaps the more telling number, revealed later in the story, is the price of restitution. With the items recreated in full value for the victims, Stinger is instead paying back the cost of the investigation.

Read the full story at Fusion.