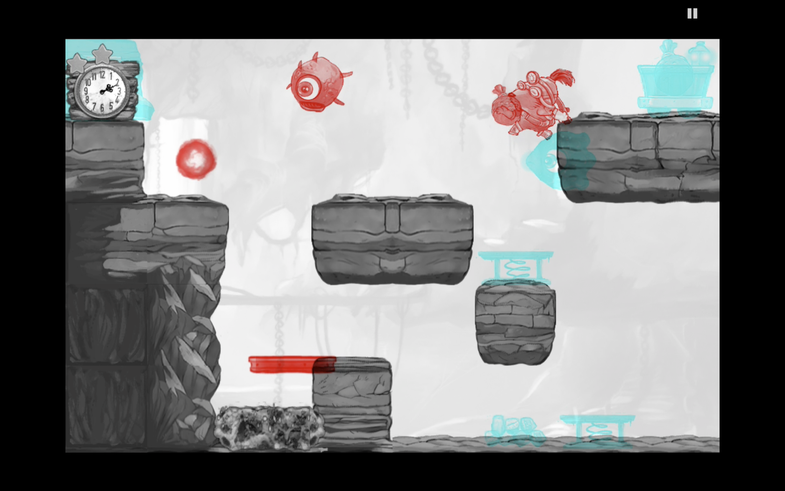 My mom always used to say that video games were never good for anything, but a new game developed in part by Ubisoft, creator of Assassin’s Creed, may prove her wrong. Dig Rush, which was created in conjunction with Amblyotech Inc. and based on the research of ophthalmologists at McGill University, is more than just a game: It’s designed to help treat amblyopia, the condition more commonly known as “lazy eye,” where one eye doesn’t work together smoothly with the other and with the brain. The National Institute of Health estimates that the condition is pretty common, affecting two or three out of every hundred children.

The tablet-based game requires the use of 3D glasses, and features adjustable contrast levels of the red and blue colors that can be seen through one or the other lens of the glasses. A physician can adjust those levels, forcing both the good and not-so-good eye to work together to improve their vision.

One of the traditional treatments for lazy eye is to train the affected eye to work harder by putting a patch over the dominant eye. But there are problems with that: For one thing, it’s time-consuming, requiring wearing the patch for at least a couple hours every day. For another, because you’re blocking off one of the eyes, it may not do a great job at teaching the brain to interpret input from both eyes at the same time. And though treatment for amblyopia is more effectively treated in younger patients, getting kids to wear eyepatches for several hours can be trying. (Nobody wants to be the kid at school who has to wear an eye patch.)

On the other hand, give kids a special video game to help improve their vision, and it could definitely encourage them to actually follow through on treatment. Seems like the next logical step might be to find a way to harness all those VR goggles soon coming to market to help treat conditions like this.