The Sport Open Earbuds don’t plug your ears or cancel noise so you can stay safe while working out. 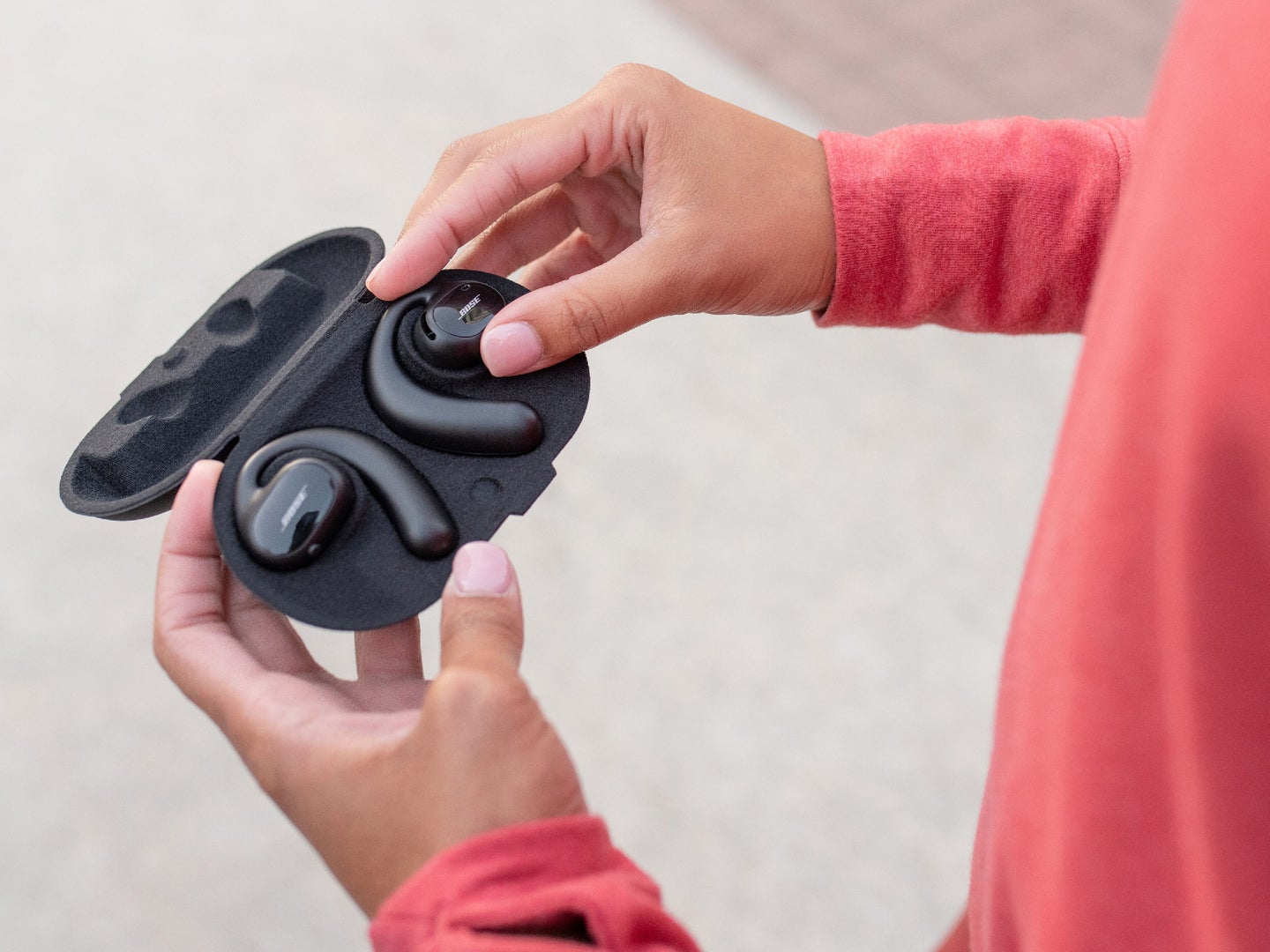 They're not as small as other wireless earbuds on the market. Bose
SHARE

Music is a wonderful motivator when you’re running or biking around town. But, packing your ears full of earbuds and blocking out the outside world is a good way to get yourself mashed by a vehicle you never heard coming. Bose hopes to remedy that conundrum with its new $199 Sport Open Earbuds, which hover over your ear holes instead.

Bose’s typical sport headphones rely on a small, rubbery wing that wedges into the outer ear in order to keep the earbud in place. The Sport Open Earbuds rely on a hook that hangs over the outer ear and balances the speakers in front of the canal. The shape vaguely resembles other workout headphones like the Beats Powerbeats Pro or an old school Bluetooth headset.

The Sport Open Earbuds rely on Bose’s OpenAudio tech, which involves pumping directional audio into the ear using a single transducer in each enclosure. Bose claims the buds won’t leak sound into your environment, even with the open design.

Obviously, you won’t find Bose’s renowned noise-canceling tech inside. Instead, the headphones hope to blend real-world sound with environmental noise for safety. You can achieve a similar effect with bone-conduction headphones, which largely skip the traditional route of affecting your eardrum and transmit sound via bone vibrations instead. Those are good for allowing wearers to hear their environments, but the sound can be tinny and unnatural.

From a durability perspective, the Sport Open Earbuds promise IPX4 ruggedness rating, which makes them resistant to damage from sweat. They may also get a boost in durability because none of the delicate electronic bits need to be crammed inside of a cramped ear canal.

Bluetooth 5.1 provides the Open Sports’ connectivity, and Bose promises up to eight hours of playback time on a charge. In addition to the sound performance, a microphone system allows wearers to make calls and interact with smart assistants like Google Assistant and Apple’s Siri.

A button on the left bud summons those smart assistants, while controls on the right earbud handle just about everything else from adjusting volume to skipping tracks. Each bud weighs just half an ounce, so they should be relatively comfortable, even over long sessions.

While these new headphones are meant for the gym, it seems like they could also be useful in an office setting—if they deliver on their promises to prevent leaking sound. (Although will we  actually ever end up in an office again?) Some listeners actually prefer to have ambient sound mixed in with their music. Some high-end audiophile headphones opt for open backs for just that reason. Of course, those models have much more complex audio components inside and can cost thousands of dollars, so it’s probably best not to slap them on for a run around the neighborhood.