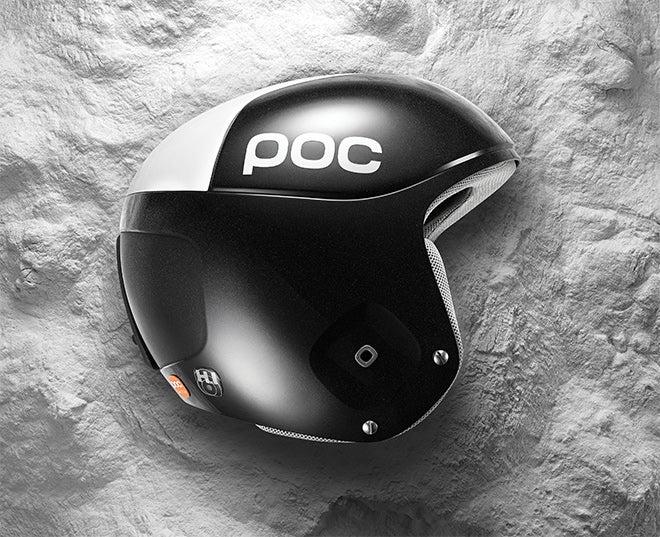 The key principle of helmet design is, by and large, simple: Create a container that will protect its contents (your brain). Successful execution is a bit harder. With every impact, a helmet weakens. Sometimes that’s evident—a crushed lid is a powerful indicator that you need a new one. But sometimes it’s not. Subtle deformations and microfractures can compromise protection even if the helmet appears to be in good shape.

POC’s Helmet Integrity system monitors a helmet’s ongoing health. Designers embedded sensors throughout the liner that record deformation and measure the severity of a hit. If damage exceeds a predefined limit, an indicator light in the helmet will signal that it needs to be retired. For now, the Comp H.I. Mips is available only in the Skull Orbic, but POC may add it to other ski helmets next year. $480 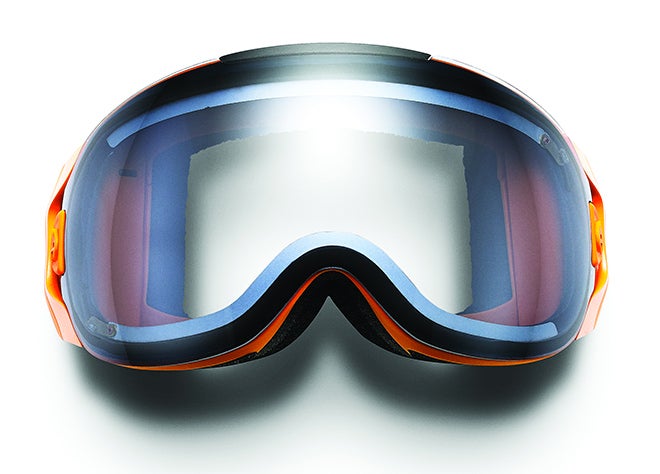 The Abominable Labs F-BOM uses heating filaments to kill goggle fog as soon as it starts. The filaments, each just one tenth of a billionth of an inch thick, run through the Carl Zeiss lens to heat it uniformly, but they don’t affect visibility. The battery-powered system lasts about seven hours and recharges via micro USB. The F-BOM also has a face-plant mode powerful enough to melt snow—for, you know, those really bad spills. $249

Testing for avalanche conditions can be an inexact science. You dig a pit, examine snow layers, and make a judgment. The AvaTech tool uses a series of optical, IR, and force sensors to determine snow structure and orientation at different depths. It then transmits the GPS-tagged data to the cloud. Skiers can search for any given slope, accessing thousands of data points and hundreds of AvaTech users’ observations. $2,249 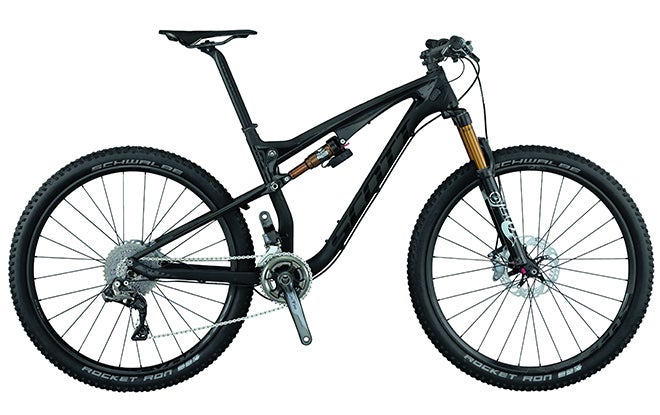 By mating electronic shifting with electronic suspension, Shimano and Fox created the first integrated, programmable mountain bike. Riders decide how they like to bike in specific situations—for example, a stiff rear shock and a spongy front one—and then create programs for each. With a button on the handlebar display, riders can toggle between modes as trail conditions change. 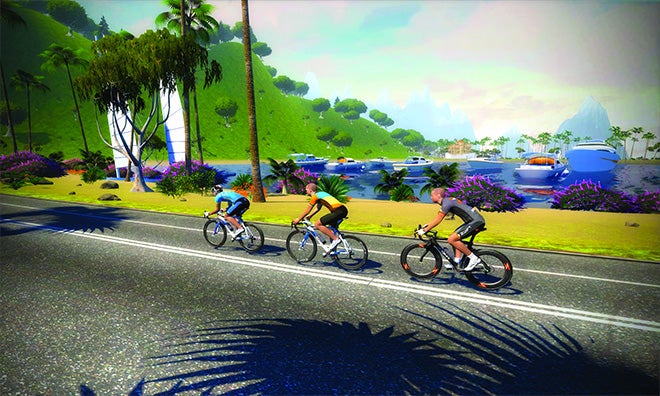 A Virtual Race on Real-World Courses

Zwift’s multiplayer gaming platform allows cyclists to ride on actual courses without leaving home. When players drop onto one of its virtual routes, such as New York’s Central Park, their connected bike trainers adapt to every turn. Cyclists can also synchronize rides to meet friends in the game. Zwift has more famous courses in the works; this spring, riders may be able to join the Gran Fondo New York to race alongside the pros. $10 a month 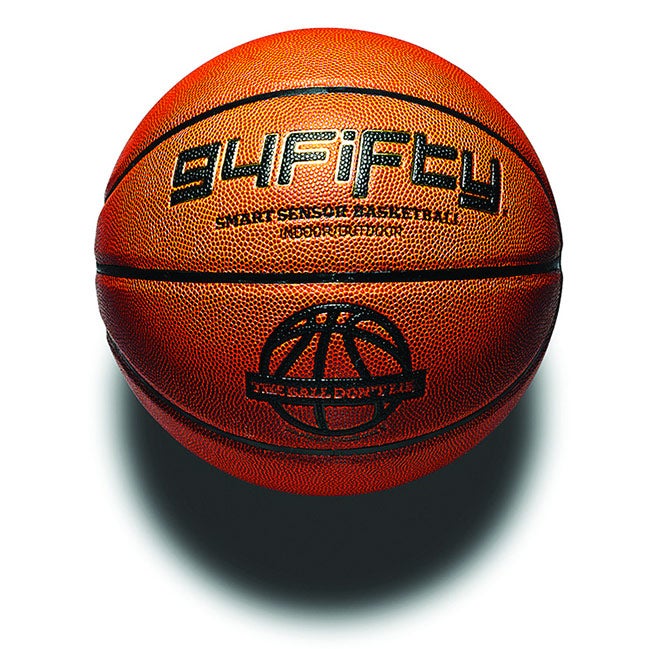 A Basketball That Trains You 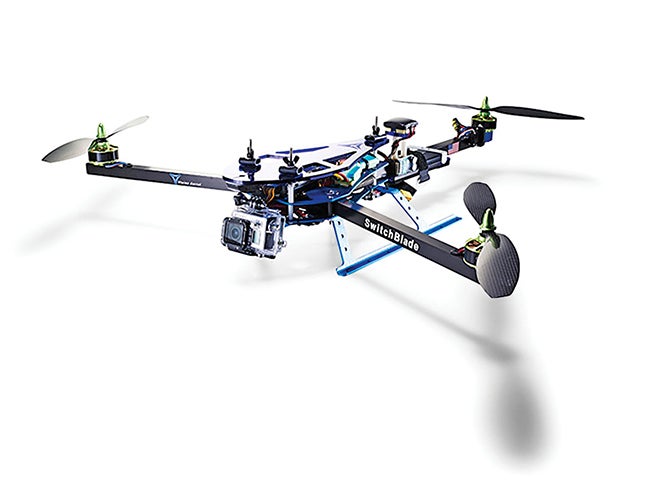 With three rotors, the SwitchBlade-Pro gives drone pilots the smooth flight and forward orientation of an RC plane while retaining the stability of a quadcopter. The 30-inch plane comes equipped with a precision yaw mechanism and high torque brushless outrunner motors. It has room for a GoPro for those who want to document their exploits, and it’s collapsible for easy transport. From $1,849 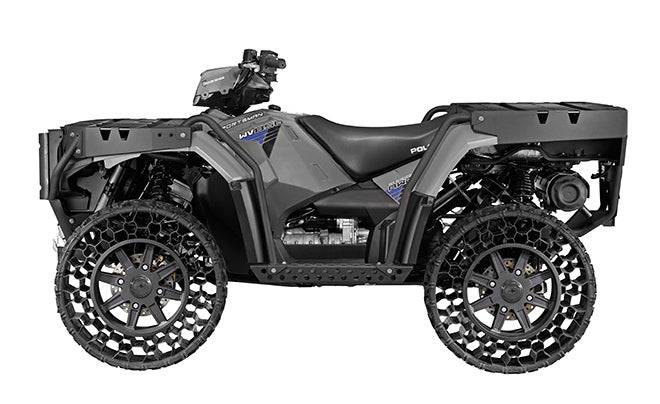 Imagine riding miles into the backcountry only to pop a flat. Now imagine never having to worry about that again. Polaris is the first company to offer airless, or nonpneumatic tires (NPTs), on a consumer ATV. Developed for the military, an NPT can take a .50-caliber bullet or roll over a railroad spike and keep going. Their unique tread helps NPTs handle heavy-duty use. $14,999 (Polaris Sportsman WV850 HO ATV with NPTs)