A Drone For Dangerous Missions

The Ares drone lands like a chopper, so it can enter and exit a dangerous spot quickly 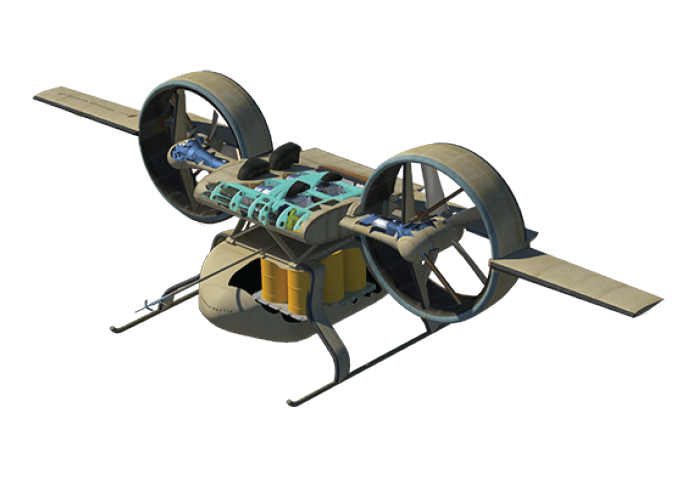 As early as next year, the Depart­ment of Defense will test-fly an entirely new type of combat drone. The craft is called Ares, for Aerial Reconfigurable Embedded System, and it’s designed to take off and land vertically. Unlike airplane-esque drones, which are cumbersome to launch and land, Ares could drop into a tight spot, unload supplies or rescue soldiers, and then zip up and away.

The remote-controlled prototype, now under construction by helicopter manufacturer Pia­secki Aircraft and defense giant Lockheed Martin, relies on two massive, articulating ducted fans for lift and forward thrust in flight, much like the tilt-rotor Osprey used by the Marines. If all goes as planned, a fully autonomous production version is next, capable of carrying up to 3,000 pounds and forever changing the art of warfare. 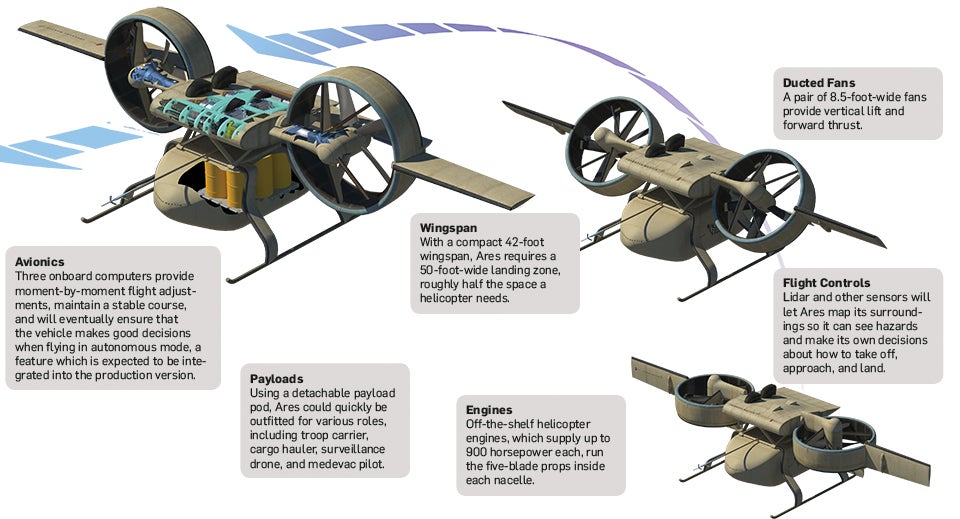