Bring your own power brick. 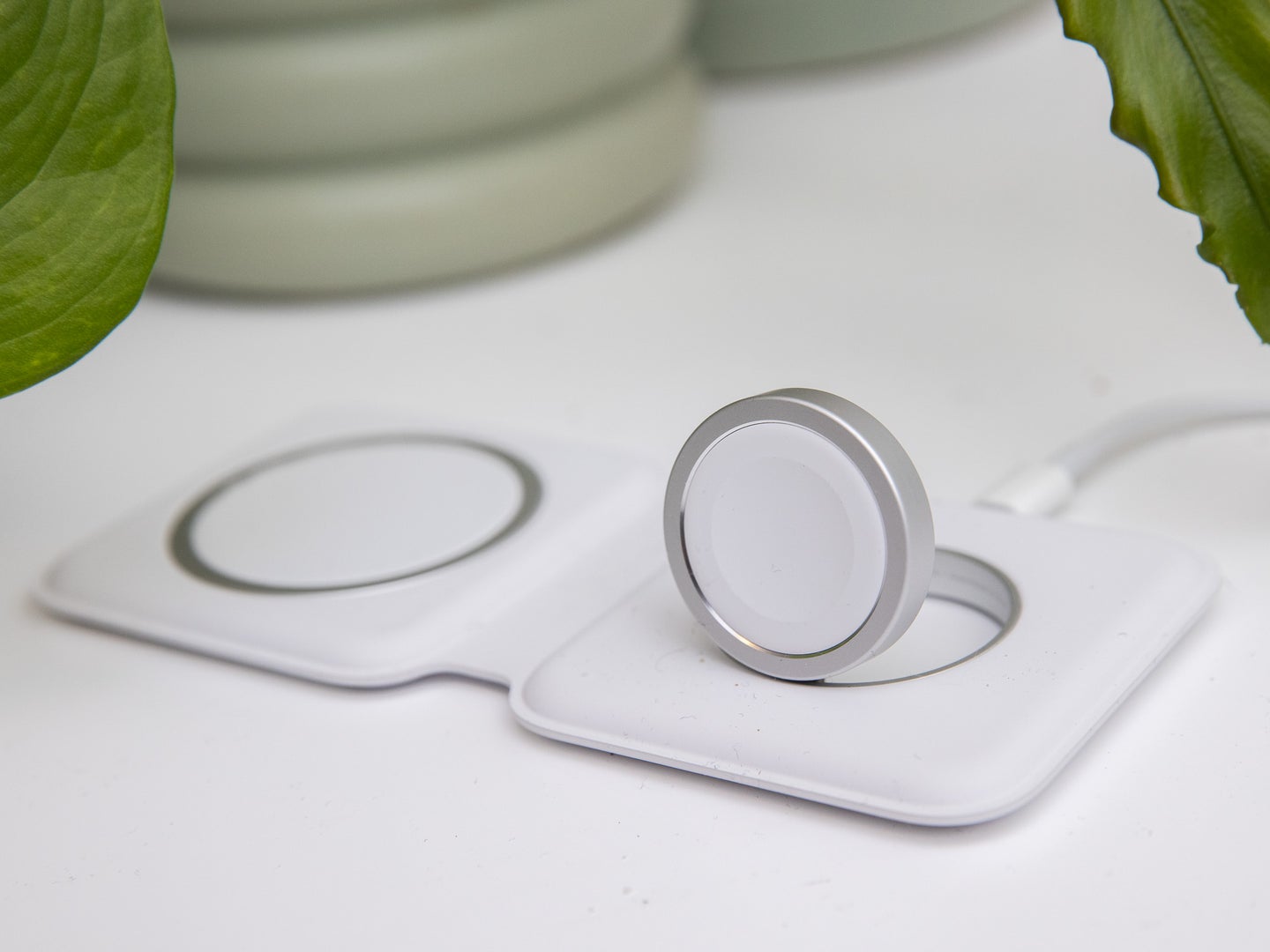 The Watch charger can sit flat or upright depending on how you want to power your device. Stan Horaczek
SHARE

Any gadget promising to reduce the many-headed hydra of charging cables sprawling across a nightstand is worth checking out. Apple’s new MagSafe Duo charger does just that, funneling a single Lightning cable into magnetic chargers for both the iPhone 12 (in all its flavors) and the Apple Watch. It’s a simple concept, but it comes with a high price tag that taxes users for wanting to get the most out of their new MagSafe-equipped devices.

The MagSafe Duo charger will cost you $129, and that price only gets you the charger platform as well as a three-foot USB-C-to-Lightning cable. Like with the iPhone 12, you don’t get a charging brick, so you’ll need to buy a new one if you don’t already have one available.

The kind of charging brick you use matters, too. If you use the $19 Apple USB-C power adapter meant for the iPhone, you’ll get wireless charging up to 11W. If you use a more powerful 27W or higher USB-C power adapter (like the one you’d get with an iPad), you can go up to 14W. Either way, it’s still going to be slower than the $40 dedicated iPhone MagSafe charger, which goes up to 15W. The whole thing feels inelegant compared to Apple’s typical style.

Once you have everything you need to get the charger setup, it works nicely. I used the typical 20W adapter meant for the iPhone 12 and found that it did charge slightly slower than it does with the $40 MagSafe iPhone charger. But, wireless charging has never been very speedy in the first place. Plus, I typically use it while sitting at my desk or while I’m sleeping, so the slight slowdown didn’t have much of an adverse effect on my overall experience.

The design takes the shape of two powered-up raviolis attached with a flexible hinge that allows it to essentially cut its footprint in half for easy transport. The outside material is rubbery and tends to pick up dirt and grime easily, so I imagine it would quickly start to look dirty if you’re frequently ferrying it around in your bag. It feels very durable, though, and I wouldn’t worry about breaking it easily.

Each platform has its own specific purpose. The phone platform is fairly standard and the actual power delivery area looks like a typical MagSafe charger. The Apple Watch charger flips up and sits vertically so the watch can lay on its side and charge. All of it works just as you’d imagine it would.

While consistency and dependability are paramount for something like a charger, for $129, a few more advanced features would be welcome. The product inevitably draws comparisons to Apple’s ill-fated AirPower, which it killed back in 2019. The AirPower charger would have juiced up an iPhone, Apple Watch, and AirPods simultaneously, while offering some more in-depth information about the battery in each device. That’s the kind of extra nice-to-have stuff that you expect to pay dearly for, but the Duo doesn’t really offer it.

Right now, you can get Belkin’s PowerHouse dock, which charges both an iPhone and an Apple Watch, for $50. Also, Anker’s PowerWave 4-in-1 stand can charge AirPods and another iPhone in addition to what the Duo can, and that’s only $99. Of course, those aren’t entirely wireless, and they’re not nearly as portable, but if you’re just looking for something to sit on your nightstand, they could save you some cash.

While I like the Duo, it’s hard to justify the price for the moment. Apple seems very committed to MagSafe as a technology, so we may see future versions of the Duo (or perhaps even a Trio with AirPod support) down the line with more refined designs and cheaper price tags. Until then, the $40 dedicated MagSafe iPhone charger is probably a better bet for most people.