Upgrade your television to take advantage of your beautiful graphics. 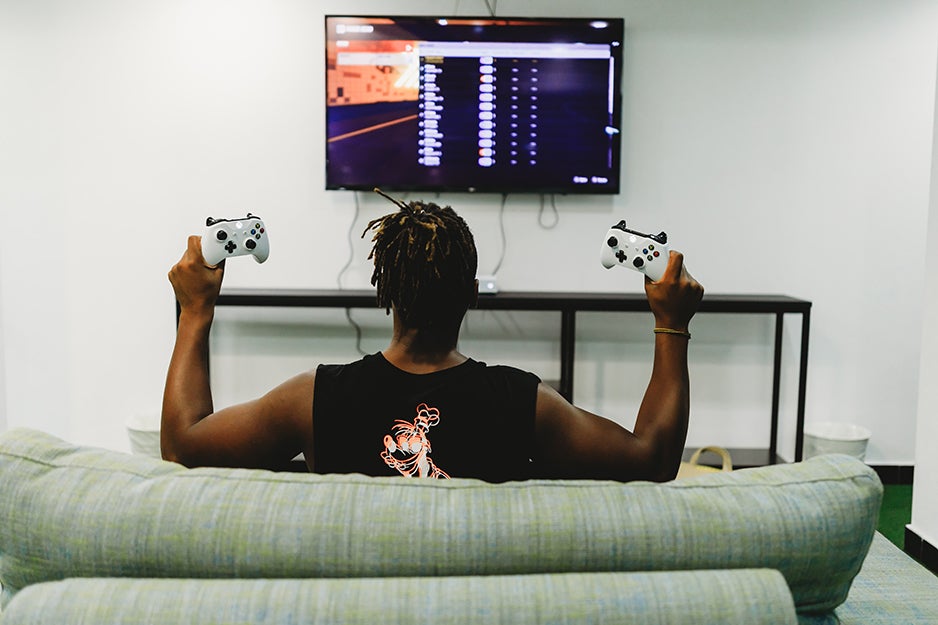 Odds are you have a PS4 or Xbox One in your home and you’ve been noticing all the hype about the next generation of consoles slated for release. Before making any serious commitments to a new system you might want to make sure your current TV is doing justice to the graphics pumped out by the HD gaming systems you already own. A TV with HDR that delivers crisp blacks and has a high refresh rate can do amazing things for Call of Duty and Pokemon alike.

LG’s 4K OLED screens are universally praised for having a picture superior to just about anything else out there, and that is a pretty good start for any gamer considering a new TV. Perhaps even more valuable for gamers is the touted 1 millisecond response rate, which effectively does away with lag between your actions and what you see on the screen. Add to that variable refresh rates, HDR 10 and even NVIDIA G-Sync and Freesync for all the PC gamers out there and you’ve got an unbeatable package. Other perks include an extremely intuitive smart TV system and four HDMI ports to handle your console collection.

This Sony television will not deliver the low latency of our aforementioned models, but thanks to its Triluminous color system you will get a wider array of colors with more nuance than you could expect from other screens in the same price range. So you get a 4K with HDR that brings those more cinematic games—like The Last of Us 2—to life in breathtaking detail. Its pricing also means you might want to treat yourself to a larger screen.

Samsung has a reputation for quality 4K TVs. This model has a strong 4K processor, HDR, and extremely handy smart TV menu options, including the voice-activated Alexa. The Game Enhancer technology smooths out the action and prevents tearing and stuttering in your favorite games.

This TCL sports a vivid display with color technology that brings the brightest colors to life. Dolby Vision HDR delivers the most life-like motion you could hope for. All of that is fantastic news for gamers, but the most noteworthy is the auto game mode, which provides the lowest latency, the smoothest action, and the best picture for your game.