When and why did humans choose right handedness as the more popular trait? William Hopkins wants to know. 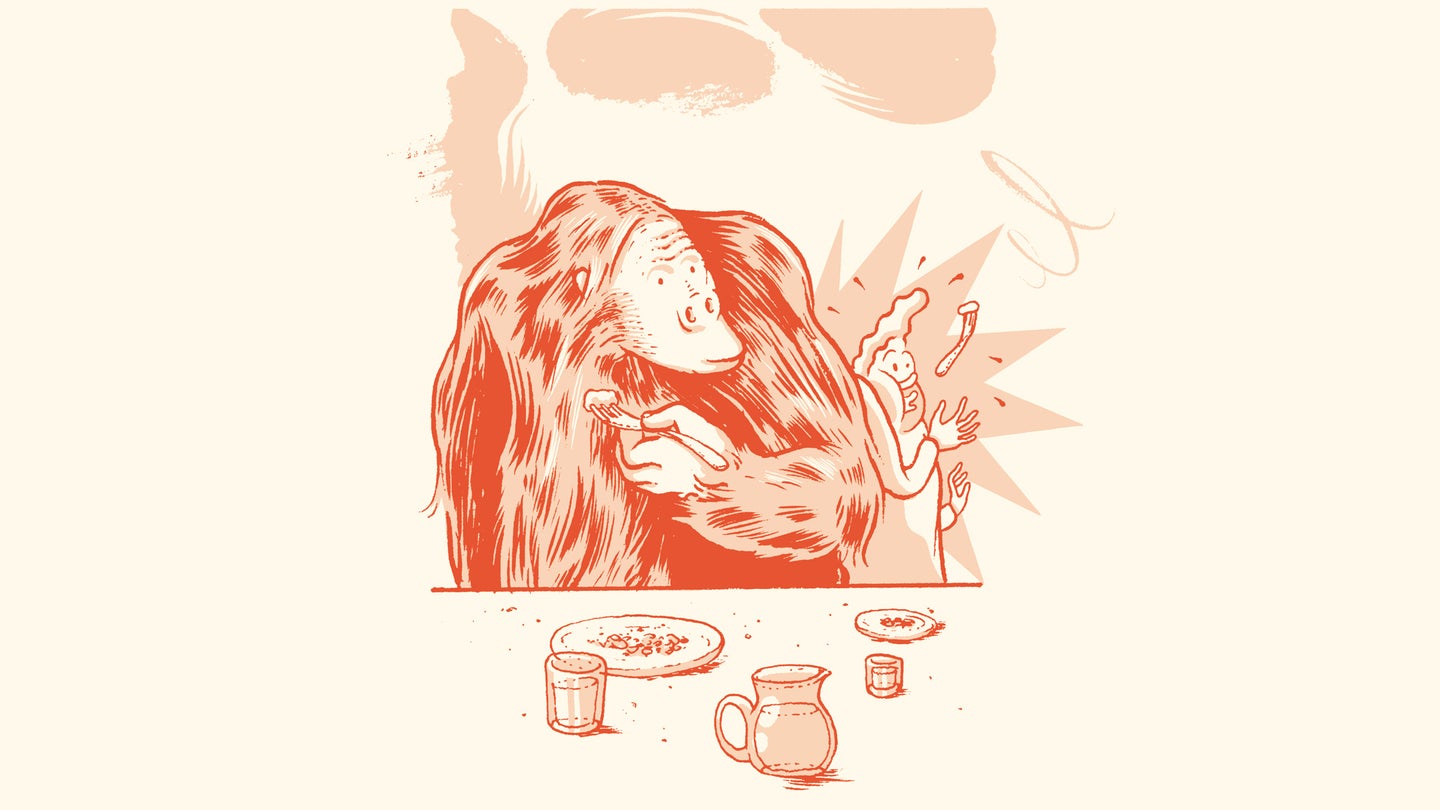 William Hopkins is a professor of Comparative Medicine at the University of Texas MD Anderson Cancer Center. Here’s his tale from the field, as told to Sara Kiley Watson.

Lefties are an oddity among humans. Only about 1 in 9 of us use that hand, but my research on primates has found that in bonobos and chimps, the split is more even: About 1 in 3 default left. For orangutans, 2 in 3 individuals are left-handed.

When I first started working with chimp colonies, I was mostly recording the mitts they used for tools. But some of them, perhaps out of frustration, would aggressively hurl poop at me. I remember thinking that if I’m going to face feces, I might as well get something out of it for research. I realized I could study handedness not just in terms of fine motor skills, but also with much bigger actions like throwing.

That actually gave me some insight into humans. Studies suggest babies aren’t born with a dominant side. On average, two-year-olds are only 64 percent right-handed; they’re more like little chimps throwing things around rather than writing things down. No theory has fully explained why we skew in one direction as we grow up, but it’s possible that we’ve simply turned ourselves into a species of righties. It wasn’t too long ago that left-handedness was considered “sinister.” Some of these cultural taboos have definitely subsided, but I think their echoes still influence us.