How A Seven-Sexed Organism Gets It On The specifics of how a single-celled organism called Tetrahymena thermophila gets it on has been a scientific mystery for more than 50 years. See, T. thermophila has seven sexes, and it can reproduce in 21 combinations. For sexy-time, each T. thermophila can mate with another T. thermophila that has any of the six other sexes. But with so many options, how do cells determine which sex their progeny will be?

New research published this week in PLOS Biology by biologists at the University of California, Santa Barbara, the Chinese Academy of Sciences and The J. Craig Venter Institute uncovers the mechanism behind the mystery. It has nothing whatsoever to do with with the sex of the parent cells. The progeny cell’s sex is basically chosen at random. 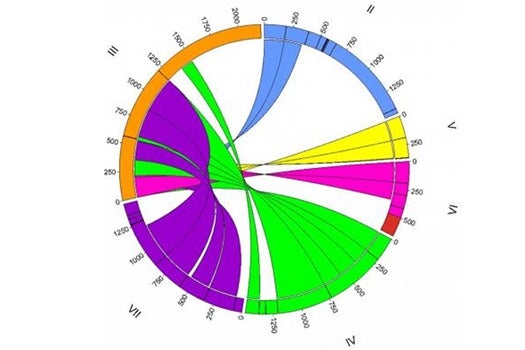 “It’s completely random, as if they had a roulette wheel with six numbers and wherever the marble ends up is what they get. By chance, they may have the same mating type as the parents –– but it’s only by chance,” explains Eduardo Orias, a UCSD professor emeritus who has studied T. thermophila for more than 50 years. “It’s a fascinating system.”

T. thermophila is a useful model organism in biomedical research because it has about as many genes as humans, and many show similarities to the human genome in sequence and function. Understanding its reproductive processes better could someday have applications in the medical field, including in cancer treatment.