Use all 10 fingers? You don't have to 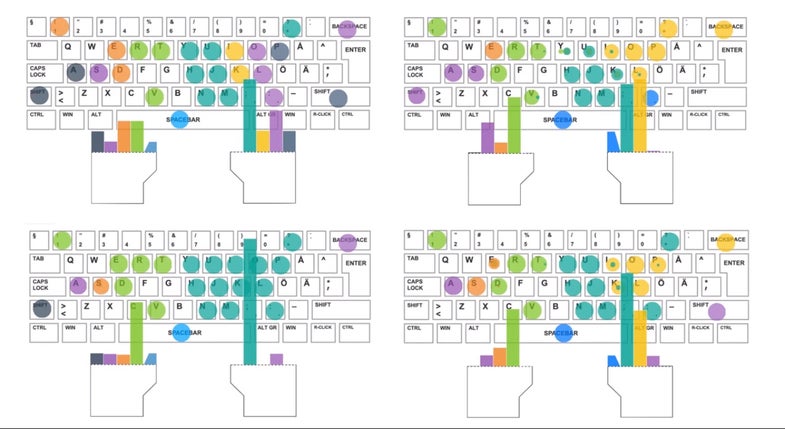 A new study from the user interfaces group at Finland’s Aalto University shows that, when it comes to typing, it’s not the number of fingers used that determines speed, but how they’re used. Doctoral candidate Anna Feit, together with Dr. Daryl Weir, put motion-capture dots on peoples’ finger joints and had them type at a computer while high-speed cameras watched and recorded their movements.

Typing speed varied across the identified approaches of the typists, with some touch-typers as fast as some untaught typists. Curiously, they also found that while touch typing doesn’t necessarily improve typing speed, people who learned to touch type looked down at the keyboard a lot less when typing, making it a useful skill nonetheless.

Watch a short video on it below: