The creator of the Turing test was adept at all kinds of science. 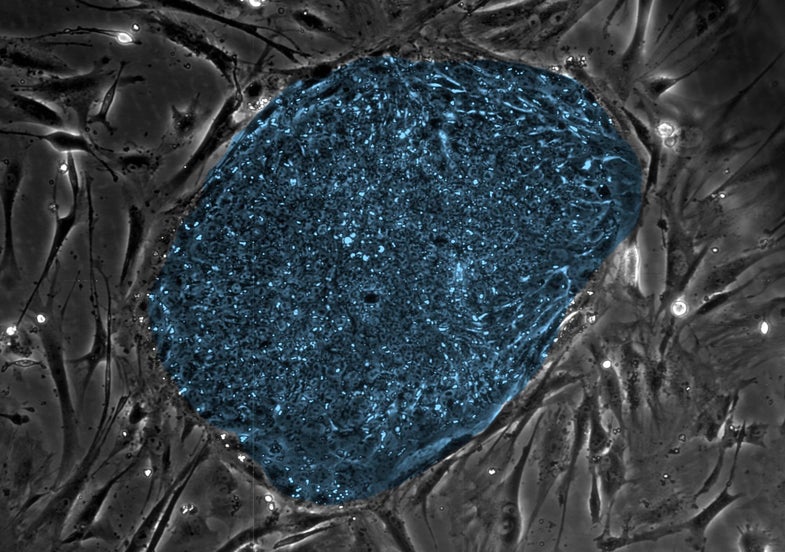 Less than two years before he died, famed computer scientist Alan Turing wrote a biochemistry paper. Called “The Chemical Basis of Morphogenesis,” Turing theorized about how cells change and develop. Now, 60 years later, a team of scientists says it’s provided some new experimental evidence that Turing was right (mostly). Their work offers Turing, who created the Turing test for artificial intelligence and decoded German messages for the Allies during World War II, one more feather for his cap.

Think about the moment you were conceived. No, not that part! I mean, think about how, when you were conceived, you were made up of just one cell. Eventually that cell divided into two cells, and then each of those divided, making four in total. When cells divide, they try to create perfect copies of themselves. Yet, as an embryo grows, its cells differentiate. They turn into blood cells and bone cells and back-of-the-eyeball cells, each with a different shape and function. Turing was interested in how such changes happen. He came up with a model that biologists consider an important way of thinking about differentiation, while acknowledging the model has its “successes and pitfalls.” Turing’s paper about the idea has been cited more than 8,000 times.

Turing theorized that when arranged in a ring, identical cells will interact with each other chemically and thus change. To test this, a team of scientists created a ring of identical drops, containing two chemical compounds, floating around in an oil. These drops were the scientists’ simplified “cells.”

The research involved five physicists, a chemist, and a mathematician.

Team members observed that, as Turing predicted, the drops exchanged chemicals with one another. That led the drops to become chemically distinct, even though they started out the same.

The team did see some results that didn’t fit with Turing’s model. In a paper they published in the Proceedings of the National Academy of Sciences, the researchers describe how they would modify Turing’s ideas to account for what they saw in lab.

The team’s success is a tribute to Turing’s ability in different science fields, Seth Fraden, a physicist at Brandeis University and the lead author on the paper, said in a statement. Fraden’s team included five physicists, a chemist, and a mathematician. I don’t know if they ever all walked into a bar together.