As if that's possible 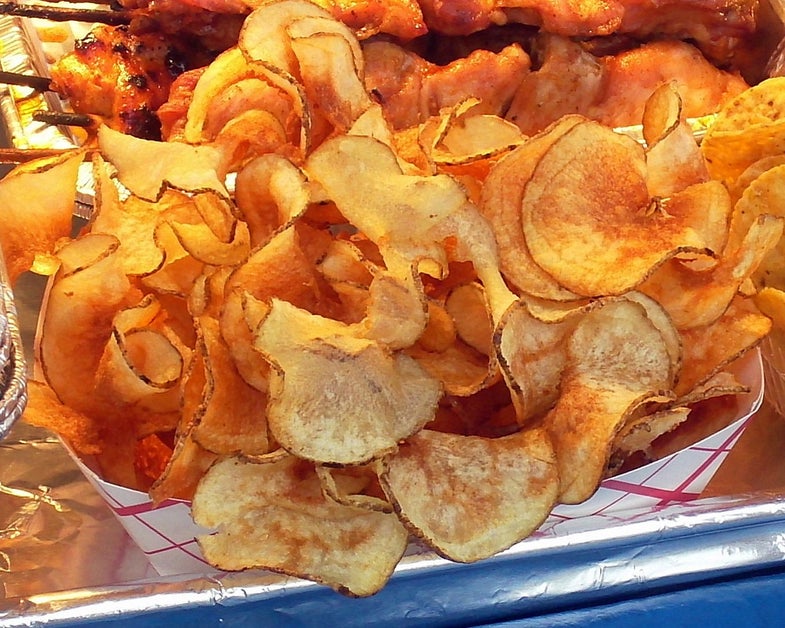 When I’m waiting for my dinner to finish cooking, I can’t say I often think about how the way I fry it is changing the food’s microstructure. But after sifting through a paper recently published in the Journal of Food Science that explores the microstructure of “fried potato disks”, I might just.

The study was conducted by Tanjila Alam and Pawan S. Takhar from the University of Illinois Urbana-Champaign. In it, they cut russet potatoes into tiny 45-millimeter diameter, 1.65-millimeter thick disks and then deep fried them in soybean oil. So, think of them as little crispy potato chips for science. The potato samples were fried in 190 degrees Celsius oil for 0, 20, 40, 60, or 80 seconds.

After that, the fried potatoes were subjected to X-ray micro-computed tomography, which creates a micro 3D image of the sample without destroying it. The idea here, is to see how frying the potato affects its porosity, the twistiness (“tortuosity”) of the paths connecting the pores, and how much oil the chip takes in, which eventually could help us make better fried foods.

A closer look at fried potatoes

This microtomograph image shows the microstructural changes that happen when a potato is deep fried.

Because deep frying involves submerging the food in oil that’s much hotter than the boiling point for water, any water that’s inside the food quickly evaporates and turns to steam, creating pressure. And all of that affects the pores of the potato and how much oil it takes on.

In this study, the researchers found that the longer the potato was fried, the more the pore size and number of pores increased, which helped the potatoes to take on more oil. The chips that were fried for longer also had less twisty pathways between pores, which corresponds to having better oil uptake.

Alas, there was no official taste test so we’ll never know which kind was most delicious. 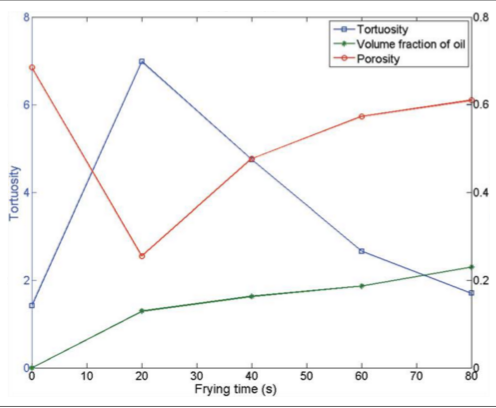 A graphical representation of the porosity, tortuosity, and oil volume at different frying times