The US hit 120,000 new COVID cases on Thursday, breaking records for the second day in a row

Case counts have been soaring for the past month. 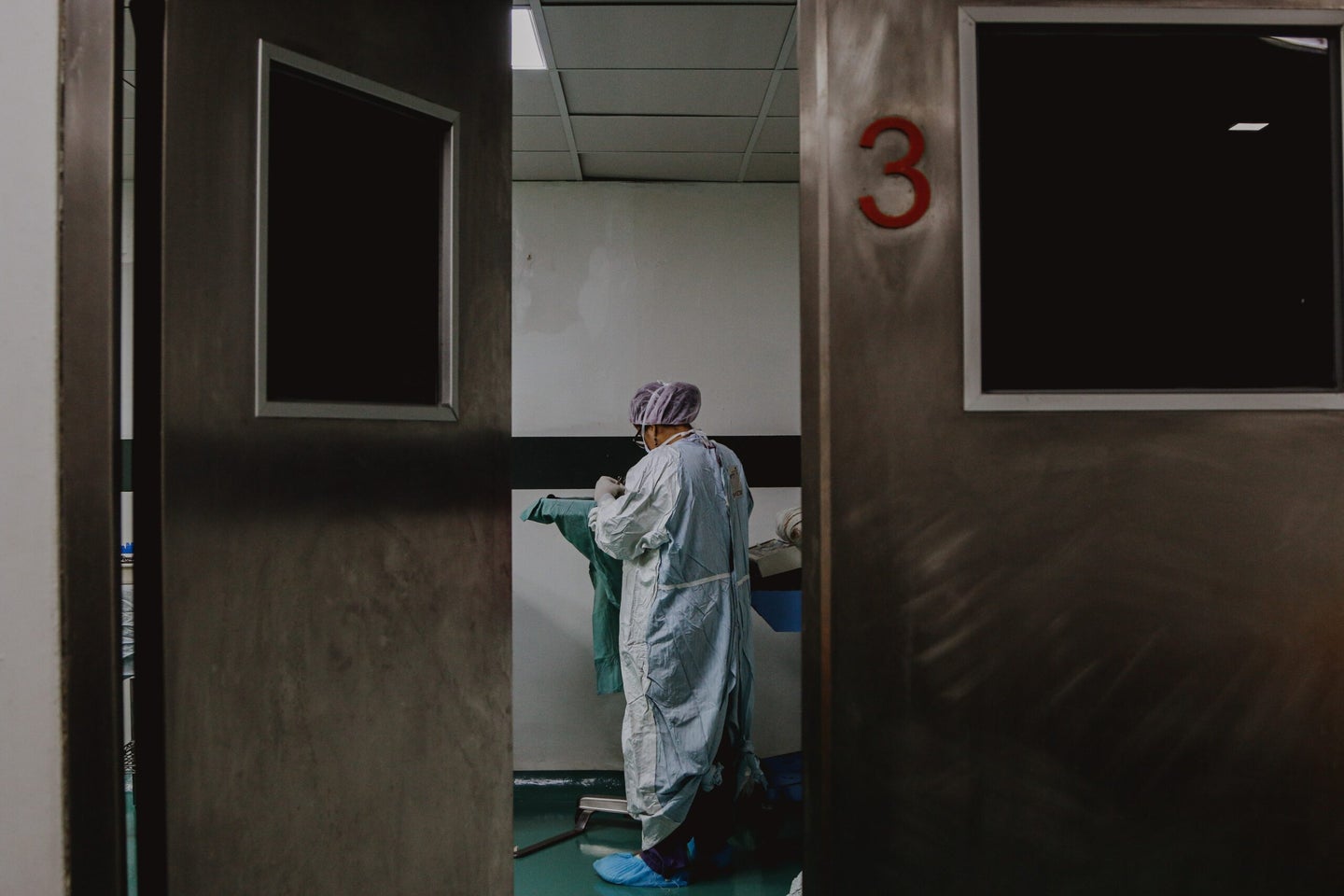 As cases rise, pressure mounts at hospitals across the country. Photo by SJ Objio on Unsplash
SHARE

On Thursday the United States hit an all-time high for new cases of COVID-19 for the second day in a row, reaching more than 120,000 diagnoses after surpassing 100,000 for the first time on Wednesday.

Additionally, 20 separate states from New England to the Pacific Northwest saw record single-day increases on Thursday, with especially worrisome upticks in Maine, Iowa, Colorado, Minnesota, and Nebraska. North Dakota broke both of its records for new fatalities and cases in a single day, according to the The Washington Post. Last week saw five daily records broken, and last month saw seven-day case count averages nearly doubled, according to CNN.

Around 9.6 million Americans have been diagnosed with COVID-19, with nearly a quarter of a million deaths. The scientific community still isn’t certain what the long-term effects of COVID-19 might be for survivors.

Cities and towns across the country are starting to feel the pressure of these mounting case loads, and many are reaching their “breaking point,” emergency medicine physician Leana Wen told CNN. In the Twin Cities, only nine ICU beds were available as of Wednesday, and dozens of Kansas hospitals are expecting staffing shortages as hospitalizations for COVID-19 surge. Several states still have yet to mandate mask-wearing in public. Other states, like Kansas, have requirements that are not well enforced.

“When I see people without a mask, that’s what breaks my heart,” Jenifer Phelps, a Wichita nurse manager in a coronavirus unit, told the Associated Press. “So when I see that, the first thing in my mind is, ‘Well, we’re going to be—the unit’s probably going to be full next week.’”

Anthony Fauci, the country’s leading infectious disease expert, estimated as far back as June that uncontrolled spread would eventually hit bring us to these daily case counts. On Friday, he told The Washington Post that “we’re in for a whole lot of hurt” as cold weather and the holidays rapidly approach.

“All the stars are aligned in the wrong place as you go into the fall and winter season, with people congregating at home indoors,” Fauci said. “You could not possibly be positioned more poorly.”

Without proper social distancing and other precautionary measures like mask-wearing and hand-washing, COVID-19 deaths could creep to more than a million by the end of February, NIH director Francis Collins predicted in a blog post. Diligent mask wearing could save an estimated 130,000 lives.

Nevertheless, nearly 40 percent of voters said that they would prioritize the economy over limiting the spread of the disease. Regardless of the outcome of the 2020 election, President Trump, who has continuously spread misinformation about COVID-19 and disregarded expert advice, will remain in charge of the national response to the virus until at least January 20.

“Even if Biden wins, we still have several months of the Trump administration in which the epidemic is at its worst,” Carlos del Rio, an infectious disease expert at Emory University, told The New York Times.

Update: A version of this article originally ran on November 5. It has been updated.