But going to a clinic for a PCR test is still a better option in some cases. 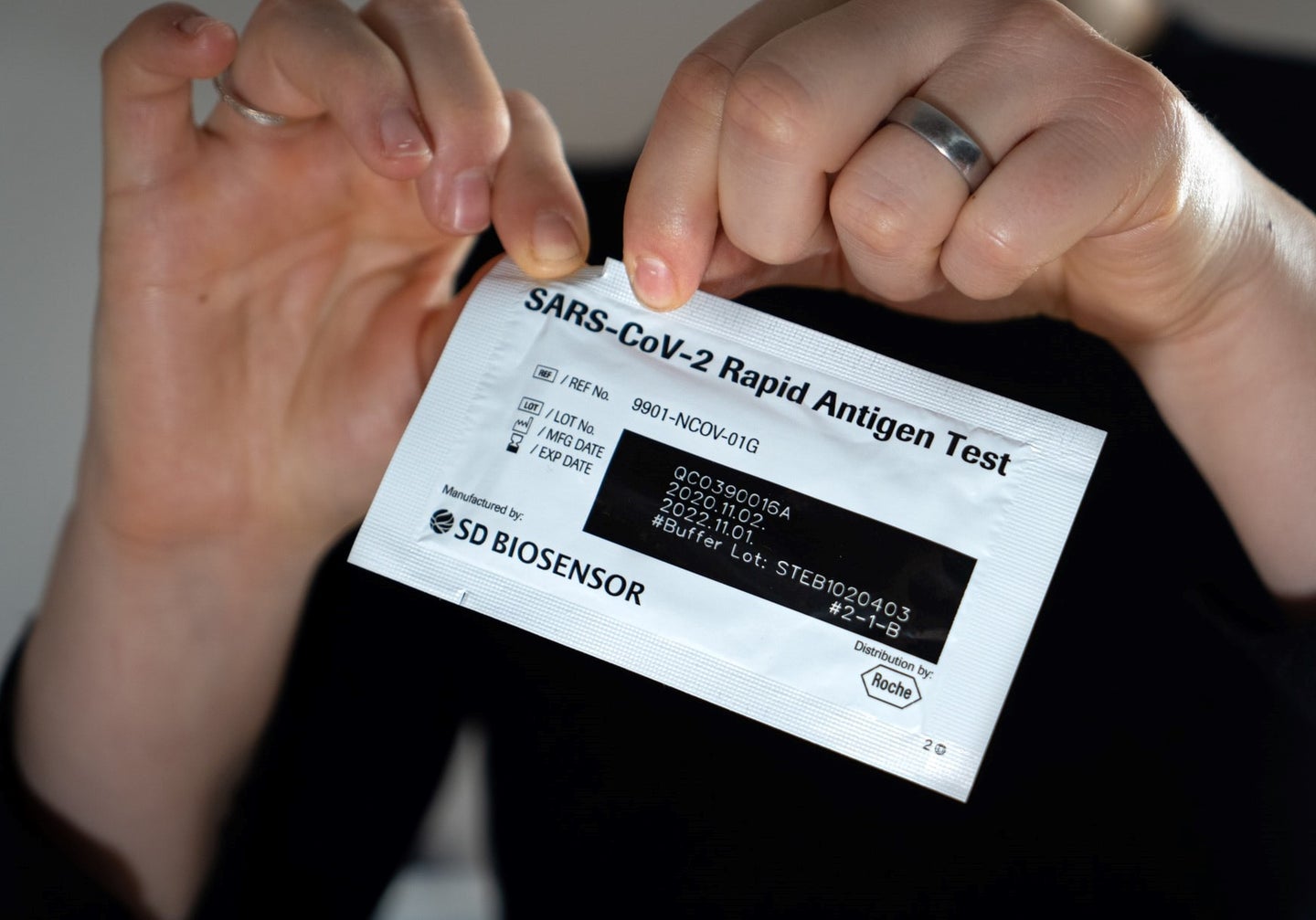 This post has been updated. It was originally published on 1/8/2021.

When it comes to COVID-19 testing, we’ve come a long way since the beginning of the pandemic, when people were lining up in their cars to get swabs stuck deep up their noses. There’s a more diverse array of tests out now, including rapid saliva tests and tests that can be completed entirely at home. But the latest coronavirus news shows that testing rates have fallen since this January. In some cases, the results are also flat-out wrong.

Here’s a snapshot of what coronavirus testing looks like across the country right now.

What do the tests show so far?

Since early 2020, more than 28 million people in the US have tested positive for COVID-19. The seven-day average for positive coronavirus tests is close to 4.4 percent in the US, according to data from the COVID Tracking Project. As a rule of thumb, the World Health Organization considers a positivity rate above 5 percent too high for governments to reopen.

Daily rates of new cases are still high in 33 states, plus Washington, DC, according to the New York Times case tracker. California is finally starting to see its counts fall after setting a spate of new COVID-19 records this winter, specifically in densely populated LA County.

Because the Trump administration hadn’t been keeping a steady national count of daily testing, the data is broken up by states and localities, which makes it harder to keep consistent and compile. Most reports so far have relied on independent research projects run by universities, but that only gives us a glancing look of what’s happening in different regions. There’s no way to know which places aren’t getting their fair share of tests. Racial and ethnic data of tested populations is also limited.

There’s also an inconsistency in getting results from coronavirus testing sites in different areas of the country, which further sets back the data. Currently, wait times range from a few hours, to four or five days, to even weeks. “When you add the delays, it makes the test a little bit useless,” says Gigi Gronvall, an immunologist and senior scholar at the Johns Hopkins Center for Health Security. “People might think that they’re okay, but in fact they’ve been spreading the disease for days and days.”

What kind of COVID-19 tests are available now?

At the beginning of the pandemic, people with coronavirus symptoms had to resort to antibody tests to try to figure out if they were infected, Gronvall says. But antibody tests, also known as serology tests, aren’t intended for COVID-19 diagnosis. “That was complicated by the fact that a lot of the serology tests were junk,” Gronvall adds. Although accuracy increases in the weeks after infection, many of the early antibody tests were inconsistent and unreliable. One preprint study that has not yet been peer-reviewed used 12 antibody tests on pre-pandemic blood samples and found that 0 to 16 percent came back positive for COVID-19.

Now, there are a wider, more effective variety of options for diagnostics. The gold standard, says Omai Garner, the director of clinical microbiology in the UCLA Health System, is the PCR test, which replicates and senses viral RNA in samples. While most PCR tests are conducted by health care professionals, people can also take saliva samples and and swab their nostrils at home. “They all have pretty good accuracy in the symptomatic patient,” Garner says. Asymptomatic individuals should still get tested by a professional.

Another advancement in testing is rapid tests. Although some run on PCR, many (like this one that was recently authorized) are antigen tests, which detect specific coronavirus proteins. The antigen method is less sensitive and may give false negatives that should be re-confirmed. Despite these caveats, they do have benefits as people return to their day-to-days. “Antigen tests align better with human nature because you get an intermediate result,” Gronvall says. “Then you can act on it immediately.” One example is the new federal protocol that all international travelers (US residents included) need to get a COVID-19 test within three days of landing.

In early February the Biden administration announced that it had ordered 8.5 million at-home nasal-swab tests from the Australian company Ellume. The over-the-counter kit received FDA emergency use authorization in December and costs $30 a piece. It boasts a 91 percent accuracy rate for positive asymptomatic cases and 96 percent accuracy rate for negative asymptomatic cases, which is higher than some of the more-expensive options on the market. Users can choose to get results delivered to their smartphones in 15 to 20 minutes after filling out a simple contact form. The information is then shared with government health departments to help bolster viral-tracking data.

How does testing still need to be improved?

While it’s hard to judge how many COVID-19 tests need to be conducted daily, it’s clear that the US is underperforming compared to other countries. The Rockefeller Foundation, a private foundation dedicated to science and philanthropy, estimates that we need to run about 30 million coronavirus test kits per week to curb the spread of the virus. But the US is doing just a fraction of that. On February 26, for example, the COVID Tracking Project reported a daily total of about 1.8 million new tests.

The White House recently said that it wants to double testing capacity in the coming weeks, and make more free and cheap options available to the public. To do that, however, it needs to put more resources into manufacturing basic test supplies, like pipette tips and antigen paper strips. This is especially crucial as schools and colleges reopen around the country.

[Related: How to prepare for getting the COVID-19 vaccine]

Accuracy also continues to be an issue for some tests. The companies behind the most popular PCR tests say that they have 100 percent sensitivity (positive rate) and specificity (negative rate). For the most popular antigen tests, sensitivity ranges from 84 to 97.6 percent and specificity from 96.6 to 100 percent. However, those numbers come from studies conducted in strictly controlled lab conditions. In practice, accuracy is likely to be lower. A Centers for Disease Control and Prevention (CDC) study at University of Wisconsin campuses, for instance, found that the method missed 20 percent of positive symptomatic and 59 percent of positive asymptomatic cases among students and staff. Those who weren’t infected tested negative 99 percent of the time. Another study in Arizona found equally poor results in tracking asymptomatic cases through rapid antigen tests. The findings are a stark reminder that most rapid tests aren’t built for tracking COVID-19 in groups.

Results vary, too, because people often use tests incorrectly. For that reason, the CDC released a thorough set of guidelines for conducting, processing, and interpreting antigen tests, specifically for medical and lab professionals. It still cautions against self-testing for the public.

In recent days, another unknown has emerged with testing. Newly identified variants of the SARS-CoV-2 virus may end up affecting the accuracy of three leading tests. The FDA states that the best way around this is to sample multiple parts of the viral genome, so that a single deviation doesn’t throw off the entire test result. But overall, more testing, paired with genomic sequencing, could help public health agencies track new variants as they spread and evolve.