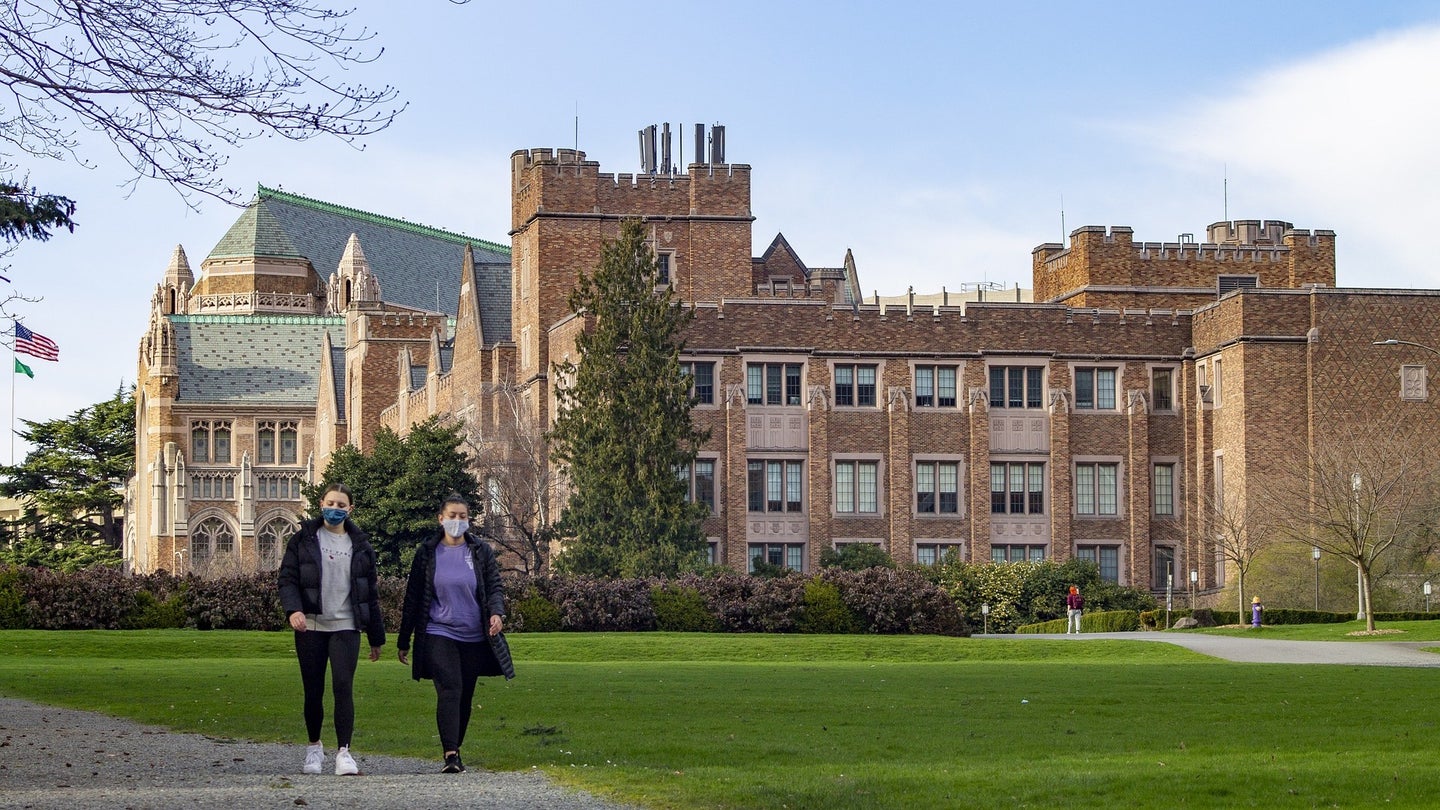 COVID rates among young people may soon be on the rise. Deborah Jackson/Pixabay
SHARE

Post-pandemic optimism is increasing, with over 105 million people in the US having received at least their first shot, with a record-breaking 4 million shots given just this past weekend. But the road to a new normal will be paved with a few bumps, which is to be expected.

A new variant of the coronavirus has been reported in the greater San Francisco Bay Area. At least one case of this double mutation has been confirmed by the Stanford Clinical Virology Lab with more cases expected to arise.

This double mutation, so named for having two mutations that help the virus latch onto cells, was first discovered in India, although Indian officials don’t currently believe it’s responsible for a recent surge of cases in that country.

While there is serious concern that variants of the virus could be more dangerous or contagious, “there is no definite evidence that this double variant is more virulent or causes more severe disease,” Stanford health expert Dr. Dean Winslow told the Bay Area’s NBC affiliate.

On Friday, Governor Ron DeSantis signed an executive order prohibiting any government entity from issuing a vaccine passport or any business from requiring any documentation as proof of immunity.

The order draws on protection of privacy and citizenship, stating that requiring proof of vaccination would “reduce individual freedom,” “harm patient privacy,” and “create two classes of citizens based on vaccination.”

COVID-19 passports are a new point of friction in the politics of the global pandemic that has halted all sorts of travel and mobility. With the CDC’s new guidance on domestic travel, governing and regulating who gets to move around is a conversation being held by many stakeholders.

In other parts of the country like New York, app-based digital vaccine passports that can show proof of vaccination and negative COVID-19 tests are already being trialed.

A possible fourth wave is on its way

After a steady decline across the US, there has been a spike in new cases in the past seven days. On average, there were more than 65,000 new cases per day, indicating a 20 percent increase from the previous two weeks.

Some epidemiologists suggest, however, that this new spike is not affecting all parts of the country equally: Cases in the Midwest and Northeast are rising more rapidly compared to the West or the South.

Opinion is split within the scientific community, with some expecting these regions to stabilize, or at least for the peaks to not be as severe as we saw in the winter. A combination of loosened state restrictions, new variants, and a more generalized pandemic fatigue could be contributing to the increasing number of cases. But with more people vaccinated and warmer weather around the corner, there is hope that the situation can be contained.

Crucially, which way the pendulum swings will depend on how quickly vaccination campaigns continue to roll out and how both local and state governments respond in the meantime.

The looming surge in case numbers seems to indicate young people are now in the crossfire, as opposed to adults 65 and older who have been more severely affected and consequently more widely vaccinated. New contagious variants like the B.1.1.7 variant have increased transmissibility and are acting in previously unexpected ways.

“We have to think about the B.1.1.7 variant as almost a brand new virus,” Dr. Peter Hotez, dean of the National School of Tropical Medicine at Baylor College of Medicine told CNN. “It’s acting differently from anything we’ve seen before, in terms of transmissibility, in terms of affecting young people, so we have to take this very seriously.”

Half of Navajo Nation residents have been fully vaccinated

Despite being one of the worst hit regions in the country, the Navajo Nation has reported a 24-hour period with zero cases and zero deaths. Amid national expectation of a new surge, the Nation reported just seven new cases as of yesterday. Its recovery from incredibly high rates in the winter is a result of a large vaccination drive and a strict mask mandate.

More than half of the roughly 170,000 residents living on tribal lands have been fully vaccinated, with nearly 90 percent of all allocated doses administered. The success of this campaign has been “a coordinated effort between the Navajo Nation, the Navajo Area of the [federally-run Indian Health Service agency] and the tribal health organizations,” Ramona Antone-Nez, director of the tribe’s epidemiology center, told the Navajo Times.

As the UK reopens, proof of immunity certification could be required

In the UK, Prime Minister Boris Johnson has confirmed that all pub gardens, hairdressers and non-essential shops will be allowed to reopen on April 12 in England, after a strict 4-month lockdown. In order to aid this effort, he announced that everyone in England should be able to take a COVID-19 test twice a week.

Though businesses opening next week will not be required to ask for COVID-19 documentation, immunity certification trials are planned for nine mass events to test out the system. There has already been staunch opposition to these “passports” in the UK, too.

Johnson, however, insisted that vaccination would not be the only route for certification. A recent negative COVID test, or natural immunity inferred from a positive COVID result from the previous six months, would also suffice. These options are part of an effort to be more inclusive, and account for cases of natural immunity or inability to receive a vaccine.

As social distancing restrictions ease and states reopen, the threat of spikes in community transmission looms large. A CDC report released today shows that an indoor bar opening that occured in February turned out to be responsible for nearly 50 cases of COVID-19. The event resulted in one hospitalization, one school closure affecting 650 students, and a number of secondary cases across households, the school, and a long-term care facility.

The outbreak highlights how ignoring both state guidelines and one’s own body can have ripple effects across a whole community: According to the report, one asymptomatic attendee showed up to the event even though they had received a confirmed COVID-19 diagnosis the day before.

As businesses start to reopen, these findings underscore the need for proper attention to public health guidelines and preventative measures. Indoor gatherings—whether in rural areas or cities—are still at increased risk of becoming super-spreader events due to inadequate space for physical distancing, ineffective ventilation, and inconsistent mask use.

Though pregnant people have been excluded from initial vaccination trials, new data suggests that immune responses induced from COVID-19 vaccines were significantly stronger than immunity gained from natural infection—providing a solid argument for more pregnant people to get vaccinated despite current anxieties.

The study also reported that immunogenicity—or the type and magnitude of vaccine response over time—was similar in pregnant and lactating people when compared to responses observed in non-pregnant people.

It’s also good news for newborns: The findings show that COVID-19 antibodies can be transferred via the placenta and breastmilk. While the sample size of the study was limited to 131 people, it marks an important milestone in our understanding of how the vaccine will affect pregnant people and their children.