You probably won’t get COVID-19 from flushing the toilet

Toilet plumes are yet another good reason to wash your hands. 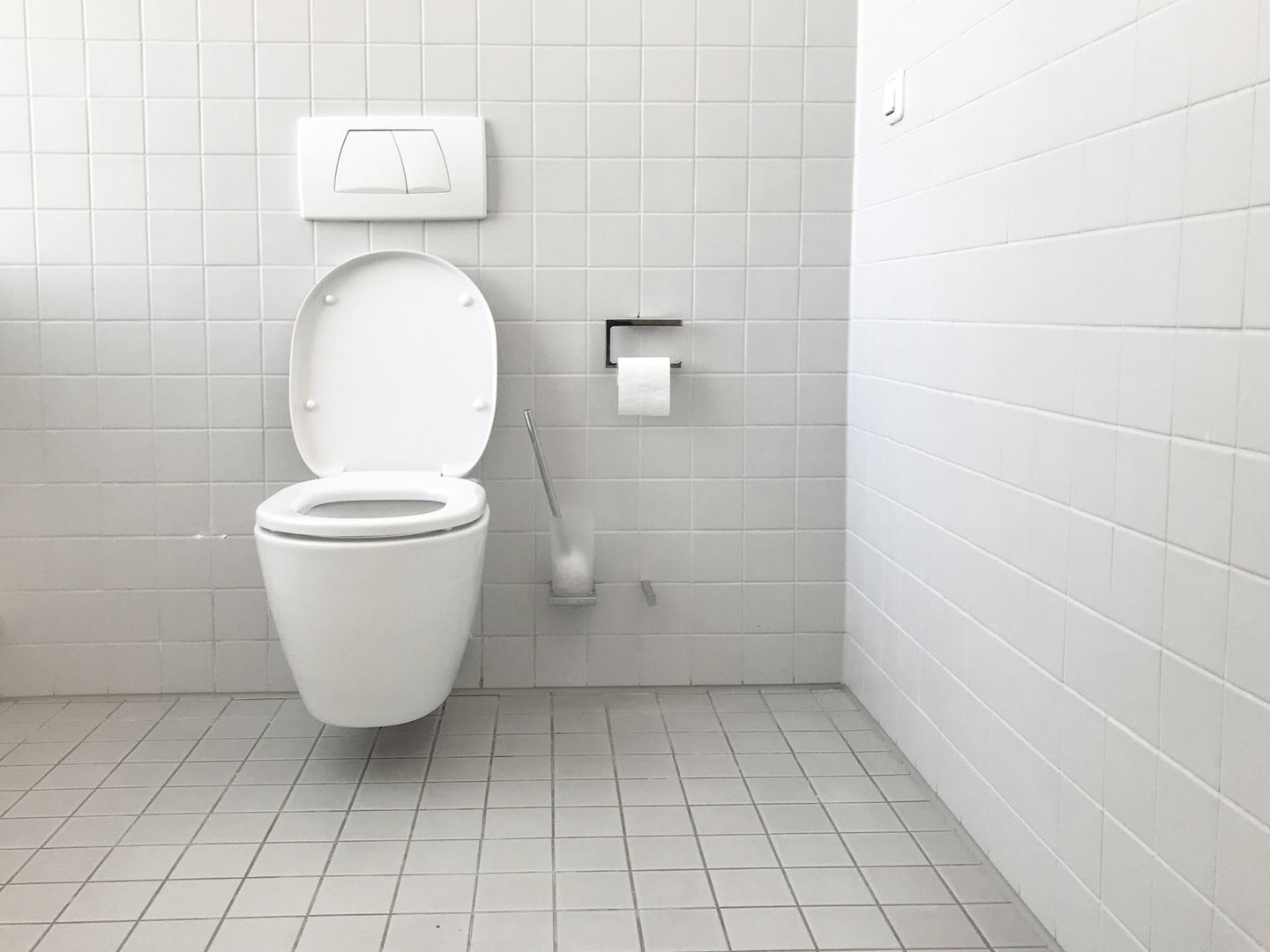 Research done over the past few months suggests that SARS-CoV-2, the virus that causes COVID-19, survives in the GI tract and can remain viable in your poop in a process charmingly known as “viral shedding.”. Unsplash
SHARE

When you live in the world, you are faced with two unavoidable truths: public bathrooms, generally speaking, are grotty, and yet, the time will come when you must visit one. Often poorly ventilated and haphazardly cleaned, these spaces (at even their most scrubbed) aren’t spots you’d want to eat your lunch. Now, they have given scientists studying COVID-19 fresh worries. Research done over the past few months suggests that SARS-CoV-2, the virus that causes COVID-19, survives in the GI tract and can remain viable in your poop in a process charmingly known as “viral shedding.”

We already knew that not everything that comes out of your body stays in the porcelain bank after you make a deposit. When you flush, the force of the swirling water sends an invisible plume of aerosolized particles ballooning up and outwards through the room. Those particles can be inhaled, but the thing that has public health professor Kathleen Aithinne of the University of Oklahoma most concerned is the fact they also land on surfaces, where it’s been shown that SARS-CoV-2 can survive for hours or even days.

“The main issue with toilet aerosols is environmental contamination,” they say. The scenario looks like this: The bathroom hasn’t been cleaned in a while and may not be well-ventilated, and contamination from all the toilet plumes builds up on surfaces. Bathroom users touch those surfaces and themselves, transmitting the particles. An added concern is the fact that bathrooms are moist places, which provides a medium for the virus to travel.

Still, Aithinne says, the risk to any single washroom user is “low to moderate”. If you’re washing your hands and not touching your face like our current protocols call for, then your risk is actually low.”

It’s not fully clear the exact scale of SARS-CoV-2 transmission that might be occurring in bathrooms, because there are a lot of factors in any given bathroom visit that shift the risks. For one thing, the viral load of SARS-CoV-2 in human waste is variable, depending on the human in question, and hasn’t been quantified yet.

A new study out this week in the journal Physics of Fluids from Chinese researchers adds a new angle to existing work by modeling the possibility of SARS-CoV-2 contamination from this method. Its results suggest that 40 to 60 percent of the virus particles deposited in the toilet reach at least to the top of the seat when it is flushed. But that doesn’t actually tell us how much of a problem these viral particles present, since there’s no guarantee they will actually infect people. We just don’t know enough about SARS-CoV-2 transmission yet.

But as parts of the country start to open up and public washroom use becomes common again it’s especially worth being cautious. The study “highlights, at least from a modelling perspective, given the assumptions of the model, that there could be a hazard,” says Matthew Nonnenmann, a professor of human exposure science at the University of Iowa. That warrants further investigation, he says.

Scientists have been thinking about toilet plumes and the microbes they carry since the 1950s. That’s where the edict to always shut the toilet lid before you flush comes from. In spite of this, toilet technology has gone largely unchanged, and plumes are still an issue.

Thankfully, there’s a lot that can be done to mitigate the bacterial impacts of this event. Both Aithinne and Nonnenmann say public washrooms should be cleaned more regularly and thoroughly during the COVID-19 pandemic and extra ventilation or filtration should be installed if possible. Aithinne also notes that high-risk environments like nursing homes and adult daycares, which just reopened to the public in her state, should get even more enhanced care because of the vulnerable populations who use them.

But they draw the line at closing the bathrooms in places where other public infrastructure is open and being used. As the good book says, everyone poops, and if you don’t give people a designated spot to do it, they’ll find somewhere. What’s more, bathroom access is a basic human need for dignity, cleanliness, and safety.

“I would argue for restrictions or a more frequent cleaning schedule,” Aithinne says.