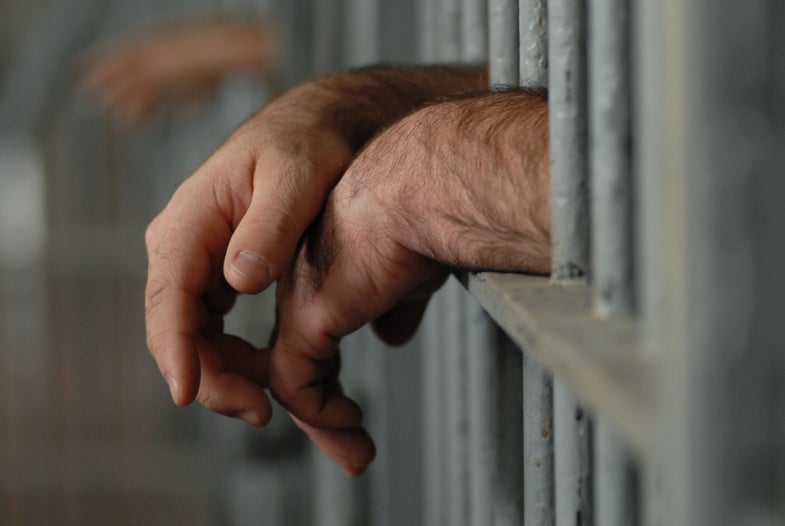 The drugs started flowing at 10:24 a.m. First came a high dose of diazepam—more commonly known as valium—to render Carey Dean Moore unconscious. Then came fentanyl, an opioid painkiller, followed by cisatracurium besylate to cause paralysis and halt the death row inmate’s breathing. Finally, a dose of potassium chloride to stop the heart.

Moore’s August 14 execution, the 16th in the U.S. in 2018, marked the first time most of the drugs involved—fentanyl, diazepam, and cisatracurium besylate—had been used in a lethal injection. Concerned that the use of substances intended for medicinal purposes for lethal injection harms their reputations, several companies have filed suit to keep their drugs out of the execution chamber. When a state’s supply expires, it can be next to impossible to procure more. That has led states to begin experimenting with combinations of drugs that have never been used for lethal injection before, increasing the risk that something will go awry. And increasingly, even those alternative substances are difficult to get.

The dearth of drugs leaves capital punishment states with two choices: They can either suspend executions until they replenish their stocks, or they can go back to older methods. So far, most have opted for the latter. In South Carolina, for example, the state Senate passed a bill last spring that effectively replaces injection with the electric chair as the state’s method of choice. Inmates have been allowed to choose between the two since 1995, but only one has chosen the chair (James Earl Reed, executed in 2008). Now, if there are no drugs available, the state will make the decision. The bill died in committee in the House, but it’s expected that Senators will reintroduce it in the next legislative session. The state is out of drugs—the last of them expired in 2013—so if it passes, any death row inmate scheduled for execution will die by the electric chair.

Five states include the electric chair as an option. Three states—Oklahoma, Mississippi, and Utah—allow death by firing squad, though only Utah has ever used it. There, a death row inmate died in a hail of bullets in 2010. Oklahoma and Alabama are switching to a lethal gas, nitrogen hypoxia. Two states, Washington and Delaware, still have hanging on the books, though there hasn’t actually been an execution by hanging in the U.S. since 1996.

“States are looking at all their options,” says Robert Dunham, director of the Death Penalty Information Center.

These methods, some centuries old, were largely abandoned years ago as society’s tolerance for them soured and lethal injection became available in the late 1970s, after the Supreme Court reinstated the death penalty in 1976. “The reason [states] use lethal injection is that the public thinks other methods are cruel and unusual,” Dunham says.

But the push to keep the execution chamber stocked with lethal injection drugs may be misguided. While death by drug has become the execution method of choice in the past few decades—all of the 31 death penalty states use it—injection is more likely to go wrong than any other method, according to the Death Penalty Information Center.

While media witnesses reported no complications during Moore’s execution—his chest heaved and then went still, they said, and his face turned first red, then purple—no one can say how painful his death truly was. And this isn’t unique to new drugs; it’s inherent to the method. Once paralysis takes hold, it masks any suffering, says Joel Zivot, a professor of anesthesiology and surgery at Emory University who has studied autopsies of executed inmates. “It will look as though an inmate will fall asleep and then be dead,” he says, but “things are on fire on the inside. That’s been the problem with lethal injection, because it’s been specifically designed for public view. The skin is hiding what is beneath it in terms of toxicity to the tissues.”

The truth is that no one really knows for sure which method of execution is the most humane, and there’s no reason to think lethal injection is superior. “There’s no way to design an experiment ethically that would answer the question on whether a punishment is cruel,” Zivot says. “I do know lethal injection is cruel. I know this because of the way the chemicals are being used and the effect of it. I’ve studied a series of autopsies, and I’ve seen organ failure. I’ve seen many inmates whose lungs have filled with fluid [making it impossible to breathe], and an enlargement of the heart and liver.”

The heightened controversy over lethal injection has not stopped states from favoring the method; those that still have the drugs, or manage to find them, continue to use them. Some reportedly have resorted to creative ways to ensure it remains an option. Shielded by statutes that exempt them from Freedom of Information Act requests for documentation, state corrections officials may be importing drugs from overseas, or buying them from unlicensed sources, capital punishment opponents suspect—though the secrecy laws make it difficult to verify supply chains. “Essentially what this has come down to is, states that want to carry out executions are trying through whatever means they can to obtain drugs to be used in those executions,” Dunham says.

How successful they are will determine whether they stick with lethal injection or turn to other methods, he adds. Many states that can’t get lethal injection drugs see alternate methods as their only choice; in their view, suspending the death penalty isn’t an option.

That’s the feeling among many lawmakers in South Carolina, which has 36 people on death row, but no means of carrying out executions now that the drugs have run out. The state, which has executed 282 people since 1912 (the year it switched from hanging to the electric chair), has not carried out an execution since 2011. That uncertainty has led prosecutors to seek life sentences instead—and to capital punishment supporters, justice is no longer being served.

“I don’t really like the electric chair, but … I think if we’re gonna have the death penalty in South Carolina we’re going to have an obligation to fulfil it, and an obligation to the families that when we say they’ll get justice they will,” says state senator and former prosecutor William Timmons (R), who introduced the bill that would restore the electric chair as the state’s primary execution method.

Even if the South Carolina bill becomes law, whether the public has an appetite for electrocution in 2018 remains to be seen. Reports of prolonged, painful deaths in the electric chair still linger in the public memory, Denno says. “I personally don’t think electrocution is going to go anywhere. There’s a botched history and also a racial history.”

But there’s one antiquated execution method shunned by society that may be worth revisiting by death penalty supporters, she says: guns.

“The evidence suggests firing squad is the most humane,” says Denno, who examined the method in a 2016 paper in the University of Michigan Journal of Law Reform. “People think they are the most barbaric, because it doesn’t have a sort of gauze over it like lethal injection, no pretense over it being anything but killing somebody. But it’s such a direct method.”

In her dissent on a 2015 death penalty case, Supreme Court Justice Sonia Sotomayor suggested death by firing squad may be preferable to lethal injection. “In the future . . . some inmates may suggest the firing squad as an alternative,” she wrote, adding that “such visible yet relatively painless violence may be vastly preferable to an excruciatingly painful death hidden behind a veneer of medication.” Yet the assumption that lethal injection hews most closely to the 8th amendment’s prohibition on “cruel and unusual punishment” continues to prevail in most states.

Timmons, who is running for Congress, says if he wins South Carolina’s open 4th District seat, he will introduce legislation to require the federal government to provide lethal injection drugs to states, noting that federal prosecutors successfully sought the death penalty for Dylann Roof, who fatally shot nine African-American parishioners in a Charleston church in 2015. “I do hope to try to fix this problem nationwide.”

Nebraska’s recent political wrangling over the death penalty is illustrative of just how conflicted the public and lawmakers are over the practice in the 21st century. In 2015, the state Legislature voted to repeal the death penalty. Gov. Pete Ricketts (R) vetoed the measure; lawmakers then overrode his veto. Determined to keep capital punishment in place, Ricketts and his family put $400,000 of their own money toward a campaign to reinstate the death penalty, and last November, voters approved the ballot measure.

“It’s very clear,” Denno says, “that there will be a time when this country no longer has a death penalty.”

But for now, states that put convicted criminals to death have a difficult choice to make: Go to ever-greater lengths to keep using lethal injection, despite the controversy over the pain it inflicts, or revisit the killing machines of the past—and potentially face a public outcry that may just hasten the practice’s demise.