Could A Chemical Found in Marijuana Be A Treatment For Alzheimer’s Disease?

Researchers have discovered the benefits of THC in the brain 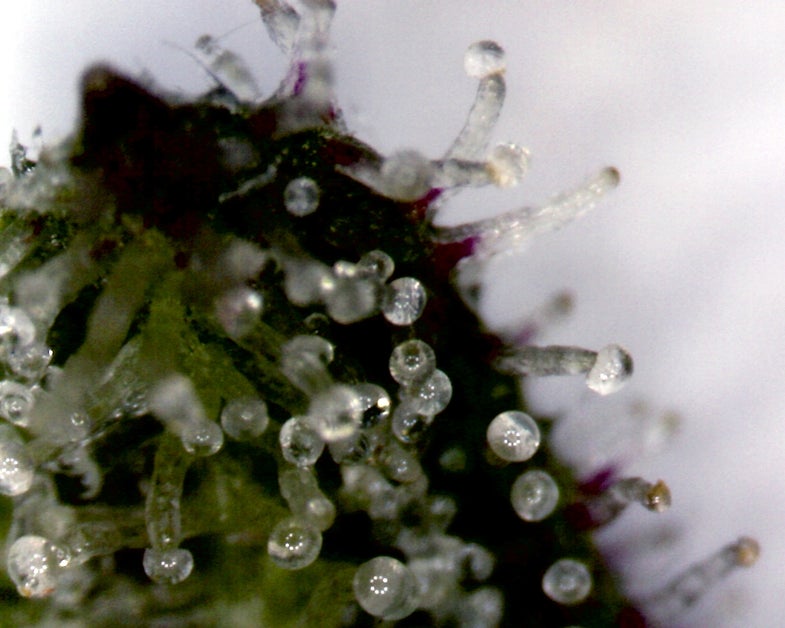 Sometimes researchers come across a discovery purely by accident. They develop a hypothesis, perform a number of experiments and expect to see a series of results. However, at times, surprises happen within the petri plate or culture dish. This in turns opens up an entirely new avenue of curiosity and future experimental design.

This type of discovery occurred recently to a group of American researchers. They had been working on the mechanism of Alzheimer’s disease progression in the hopes of finding possible routes for treatment. As expected, the work ended up revealing significant information on the molecular mechanisms occurring within the brain. Yet as their published article reveals there was a significant surprise in store.

The formation of amyloid plaques in the brain

The going hypothesis was that one of the major factors in the development of disease, the amyloid-beta protein, Aβ, plays a role long before onset of clinical symptoms. The team believed this molecule accumulated inside neurons and prompted an inflammatory response. This in turn worsened the state of the brain eventually leading to a decline in brain function.

To prove the theory, the team worked with cell cultures in the lab known to produce Aβ under certain experimental conditions. They grew up the cells and at the right moment, started the production of the amyloid protein. After the process was initiated, the team looked for any signs of trouble.

The first expected result was a rise in inflammation. Twelve markers of a cell’s struggle with its environment were increased. Most of these chemicals were either recruiters or activators of immune cells, particularly those known to kill pathogens. These signals would then allow for the immune system to recognize a problem is ongoing and intervention is needed.

The team also noticed another disturbing trend in the reaction to Aβ accumulation. One of the factors involved in cell death, known as caspase-3, was also activated. This suggested the cell understood it was in trouble and set a path to suicide. From a purely neurological perspective, this would inevitably harm the brain and possibly lead over time to the decline in mental function seen in Alzheimer’s patients.

There was one final observation that initiated the path to discovery. The team also noticed a rise in arachidonic acid. This molecule is a known marker of inflammation in the brain and is also another trigger for cell death. While this might have been regarded as yet another mechanism in Alzheimer’s pathogenesis, the group saw it as a possible opportunity.

The chemical structure of arachidonic acid is similar to a group of chemicals known as endocannabinoids. These molecules are distributed throughout the body and have several different functions. Depending on the type of cannabinoid, cells may either head towards inflammation, such as with arachidonic acid, or help to reduce stress, as seen in the case one particular molecule, tetrahydrocannabinol, better known as THC, the same molecule known to be the active ingredient in marijuana.

The team decided to test out whether THC would have any effect on the cells during Aβ accumulation. They added the chemical and looked for any changes in the cell’s function. If they were right, the cell would reverse its path to inflammation and possibly stave off cell death.

When the results came back, their theory was not only correct but also hadn’t gone far enough. The addition of THC to the cells had indeed reduced the levels of inflammation and helped the cells stay alive. But what the group didn’t expect was a reduction in the levels of Aβ inside the cells. In essence, THC had protected the cell and gave it the opportunity to heal itself.

The observations were astonishing. Of all the potential endocannabinoids tested, only THC seemed to be able to accomplish this reversal of cellular fortune. As to how this might have happened, the team wasn’t entirely sure. However, based on results from a study in 2008, THC may have interfered with the production of Aβ allowing for the cell to break down the protein naturally. This relief from stress would then reduce the production of arachidonic acid giving the cell a greater chance at survival.

The effect of THC on the cells during Aβ accumulation is indeed remarkable. However, this study, are momentous as it is, provides little more than a first step. The results are reflective of a cell culture and as such cannot be extrapolated to any living animal or human. For that to happen, many questions need to be answered including the optimal concentration for effect and also, the route of delivery. While many might hope for a respiratory option – i.e. smoking – the most likely path forward is intravenous in a means similar to chemotherapy.

What this study does show, however, is a new possible path for Alzehimer’s treatment in the future. In light of the fact this disease affects nearly 44 million people worldwide and over 5 million Americans, the hunt for a treatment and possible cure is a true priority. Although this discovery may take years to become useful, they can at least provide individuals with hope that an answer may very well be in sight.