Just don't try to put photos on it 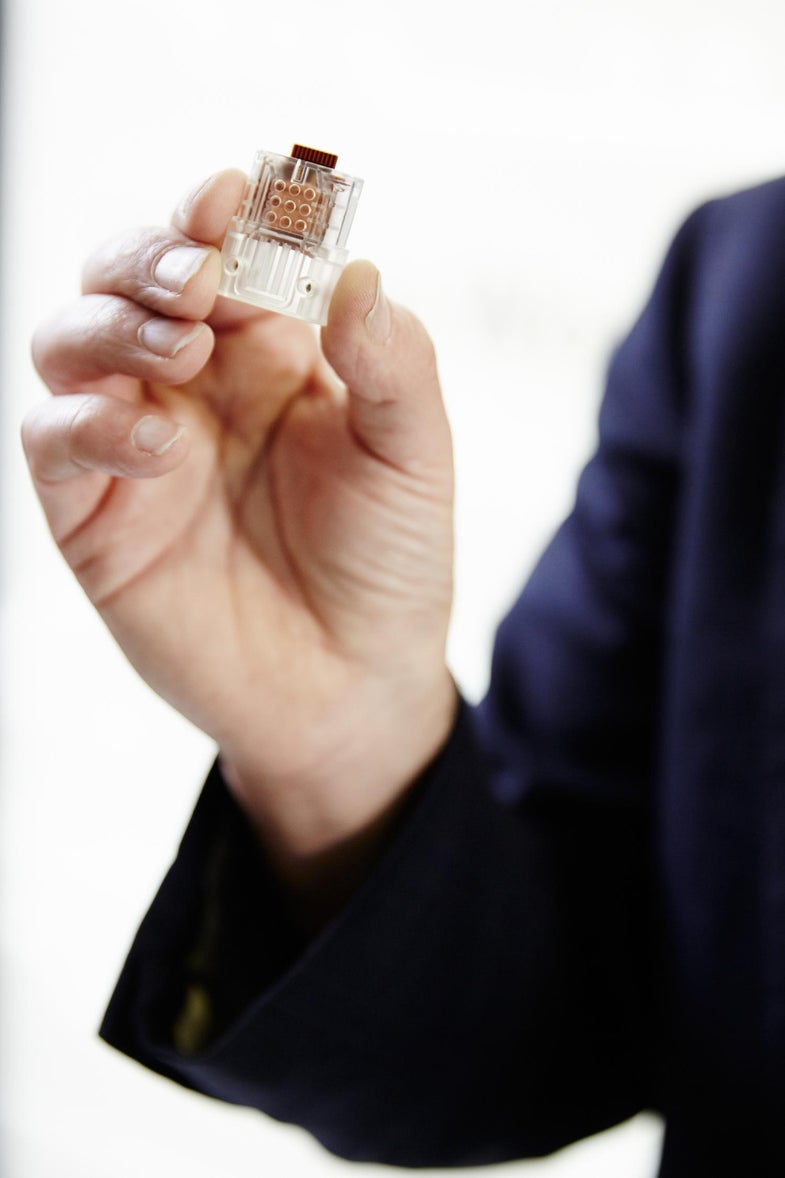 Rapid, at-home HIV tests aren’t new: OraQuick, which was released with much fanfare in 2012, provides reasonably accurate results using an oral swab in just 20 minutes. That product allows those who might not otherwise get tested for HIV—because of stigma or lack of access to treatment—to have a better chance of detecting the disease early and getting to a doctor.

But a new at-home device promises to do one better: Using a drop of blood, the USB stick test can actually detect the amount of virus present in a patient’s bloodstream in just half an hour. While OraQuick helps individuals figure out their HIV status so that they can seek medical treatment, the new device described this week in Scientific Reports could show a patient how well their ongoing medical treatment is working—and how transmissible their HIV might be.

When researchers tested 990 blood samples in the lab, their USB stick—powered by a mobile phone chip that turns changes in acidity into electrical signals—could detect viral load with 88.8 percent accuracy.

Why is that important? The more HIV virus present in a patient’s blood, the more taxed their immune response. A patient with a higher viral load will have fewer of the white blood cells that protect them from other infections. If HIV is allowed to run rampant in the bloodstream, patients can develop AIDS. But if anti-retroviral medication is used to lower the viral count—these days, often to zero—a patient can live normally, in good health and with a typical lifespan.

Patients need to have blood tests periodically to determine that their virus hasn’t mutated to fight the medication they’re taking. This is especially crucial now that many HIV-positive people rely on anti-retrovirals to protect their longterm sexual partners from HIV: Someone with a viral count close to zero might choose to have unprotected sex with a partner, especially if that partner is taking anti-retrovirals themselves (PrEP therapy) to further minimize risk of transmission. But in that scenario, it’s crucial that a patient keep an eye on their viral load, lest they put both their own health and the health of their partner at stake.

“At the moment, testing often requires costly and complex equipment that can take a couple of days to produce a result,” Graham Cooke of Imperial College London, lead author of the study, said in a statement. In some of the remote regions of Africa where HIV is most common, even these cumbersome tests are unattainable. “We have taken the job done by this equipment, which is the size of a large photocopier, and shrunk it down to a USB chip,” Cooke said.

More research is needed to confirm the accuracy of the device, and making it widely available across HIV-ravaged regions would be no small task. But the idea that monitoring HIV status could soon be as simple as checking blood sugar levels is certainly appealing, and provides hope that researchers may one day be able to all but eradicate the virus.