Flying, and the activities in between a flight, can put you at risk of catching the coronavirus. 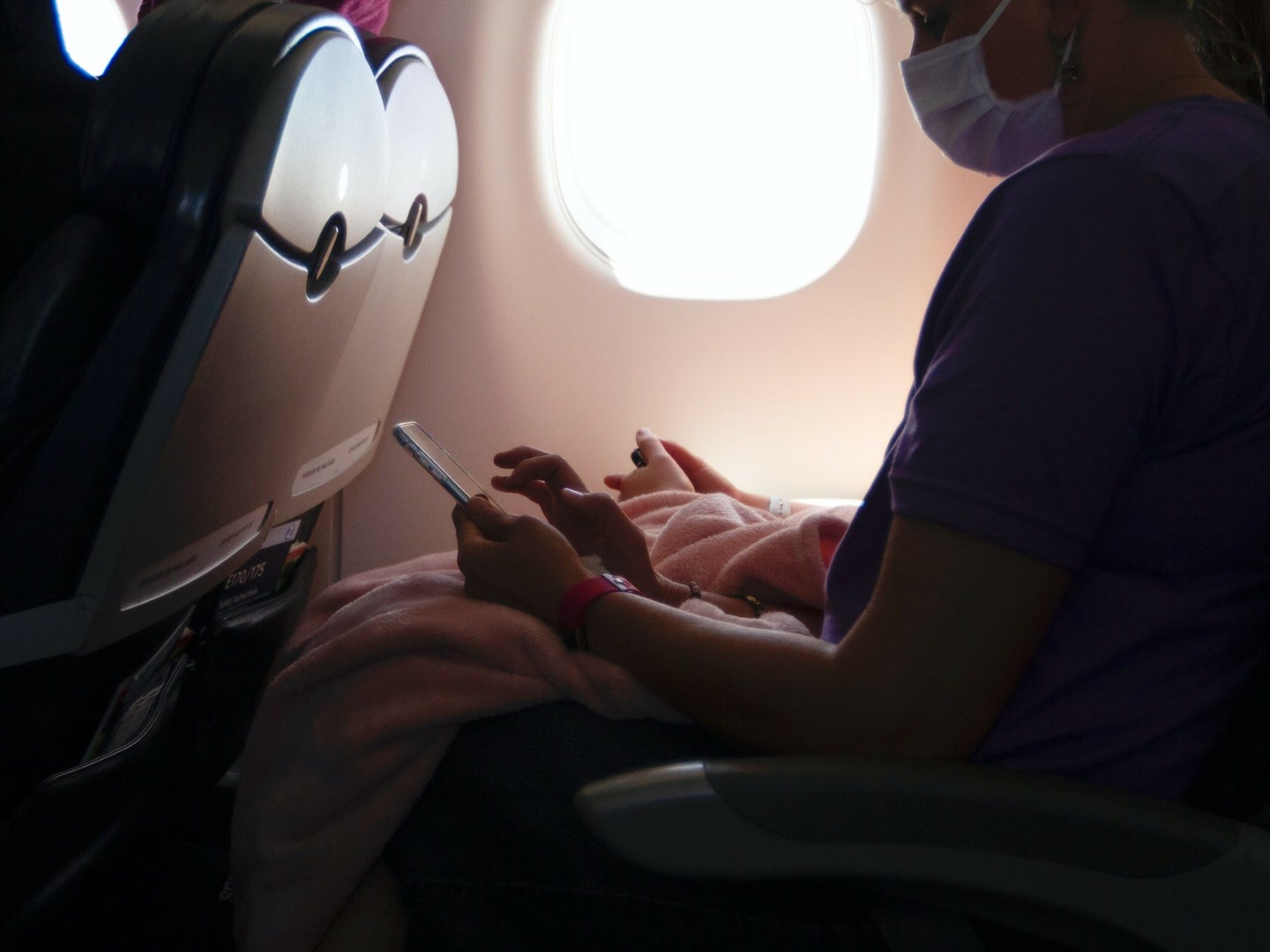 Vacations, visiting family, and business: Air travel is a normal part of many people’s summers. In 2019, US airlines carried almost a billion passengers. This year, however, with the COVID-19 pandemic, air travel has cratered, with daily TSA checkpoint throughput numbers in the hundred of thousands rather than the millions (total traveller numbers for 2020 have yet to be estimated).

There are many reasons why people aren’t flying. Transition to remote work in many industries has stalled business travel and international travel restrictions on American tourist travel due to the country’s high COVID-19 caseload have pretty much prevented American from visiting the places they planned to. But domestic travel is down too, at least partially due to a widespread perception that airplanes, with their close quarters and recycled air, have the potential to be hotspots for COVID-19. The results of a new report from the Department of Defense and United Airlines suggest that this last reason, at least, might not be as important as previously believed.

The non-peer reviewed study is posted on the website of the United States Transportation Command, which is part of the Department of Defense. Researchers used mannequins that were equipped with aerosol devices meant to mimic human respiratory spray. These machines sprayed tiny particles of polystyrene latex, which is commonly used to simulate respiratory droplets. The particles, which were highly fluorescent, were tracked with laser sensors so the researchers could see their movement.

The mannequins were tested in Boeing 767 and 777 wide-body aircraft that are commonly used for longer flights across the country or to Europe and elsewhere. They were also tested in hangar simulations.

The results of this study are hopeful for airlines: “This is basically a risk assessment, which is exactly what they should have done, and highlights pretty much exactly what a lot of us in aerosol science thought,” University of Oklahoma public health professor Kathleen Aithinne says.

Airplanes have a much higher air change rate than most other indoor settings, they say, which means tiny respiratory droplets wouldn’t have time to accumulate and travel across the plane’s length and breadth. Although initially not thought to be a huge part of COVID-19 transmission, the CDC and other health organizations now recognize the significant role tiny aerosols play in spreading the virus, especially in tight, enclosed spaces.

The researchers who did this study also deliberately overestimated the potential infectious properties of the particles whose spread they detected, Aithinne says, to help compensate for the fact that the mannequins didn’t entirely simulate how humans behave on airplanes. The mannequins always faced forward in their seats and didn’t ever recline them. They also never got up to go to the bathroom, of course, nor did they eat or drink anything. In reality, not every particle that travels through the air results in a COVID-19 infection if it hits another person, but this model assumed that every particle contained infectious matter.

But no model is perfect, and you shouldn’t start planning to fly more often based on the results of this study.  For one thing, Aithinne says, “What we have a lot here, at least in the central part of the US, are flights that are 45 minutes to two hours.” On those routes, “That plane is not usually a 777. It’s a smaller plane.” Risk is going to be higher in those smaller airplanes, they say, as many of them are older and they have less sophisticated air circulation systems.

Further, “Every assumption on this model is [just] an assumption,” they note. We’ve only just begun studying how SARS-CoV-2, the virus that causes COVID-19, behaves. The researchers acknowledge this limitation, noting that what constitutes an infectious dose of COVID-19 is currently lacking.

Airlines large and small have been badly hit by the pandemic, reports Abigail Ng for CNBC. The first and fourth quarters of the financial year are traditionally the tightest for airlines, she reports, and many who were helped by government aid (of which United received $5 billion earlier this year) during this year’s lull in air travel are counting on the 2021 season to help build their finances back up. So it’s definitely in air companies’ interest that the public go back to traveling, and soon. The International Air Transport Association estimates that air travel recovery will be slow, however—especially because COVID-19 does not yet have firmly established treatments or a vaccine.

In its travel guidelines, the CDC states that travel of any kind increases the chances of getting and/or spreading COVID-19. In addition, although the air filtration system in airplanes is pretty good, “social distancing is difficult on crowded flights, and sitting within 6 feet of others, sometimes for hours, may increase your risk of getting COVID-19,” the CDC notes. “Also consider how you get to and from the airport, as public transportation and ridesharing can increase your chances of being exposed to the virus.”

Airports themselves have also been shown to be settings where infection can potentially spread easily. “After you deplane, everybody hits the airport bathroom,” notes William Ristenpart, a professor of chemical engineering at the University of California, Davis. Ristenpart and Aithinne both say they would fly right now if it was absolutely necessary, while wearing masks and observing all possible cautions.

Ristenpart says he would do what he did on planes before the pandemic started: Turn the air vent over his seat on to full and point it towards him. “That air is a lot cleaner than your neighbor’s air,” he says.