Children learn to handle their own feelings by observing how others deal with theirs. 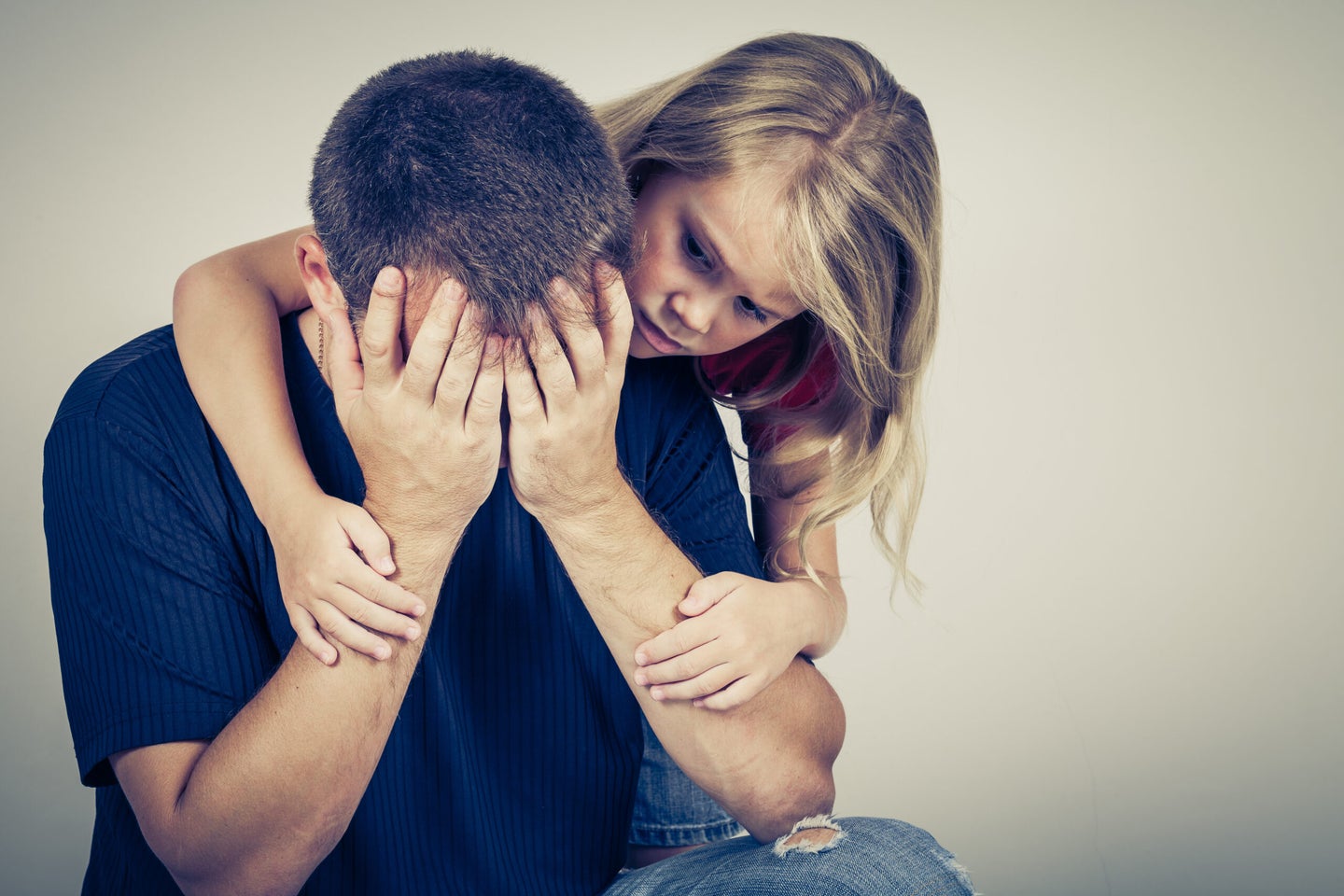 From crying in the toilet to leaving the house in a rage, many parents and carers don’t want their children to see them getting emotional. But is this the right thing to do, or should you come clean about your fear of spiders or how angry you are with your boss? While the topic is complex, some clear answers are beginning to emerge from the research. Many parents worry that showing negative emotions in front of their children will cause them to suffer. For instance, children may end up thinking it’s their fault or simply “catch” the emotion. Indeed, this latter worry has a sound basis—the phenomenon of “emotional contagion” is real, and one recent study found that parents can transfer their fear of going to the dentist, for example, to their children. On the other hand, there is the intuitive idea that we should “be real” with our children, and that they will benefit from watching a parent who struggles and eventually copes with their negative emotions like any other human being. If your child sees you doing that, then shouldn’t this help them to learn to cope with their own emotions?

The danger of suppression

There are three concepts to consider when it comes to emotional display in front of children: suppression, “uncontained” expression, and talking about emotions. Suppression of emotion is when you hide the outward signs of an emotion. Unfortunately, it doesn’t work very well—the act of suppressing your emotion actually increases your blood pressure and physiological arousal. Observers can pick up on your distress despite your efforts to hide it, making them feel stressed, too. Recent research has also found that when parents feel negative emotions (like anger or resentment) and withhold them from their children, they experience lower relationship quality and diminished responsiveness to their child’s needs.

In fact, even babies are very tuned in to the dynamics of their parent’s interaction with them. If you dampen down these natural dynamics, babies can find it upsetting. This is dramatically illustrated in the famous “still face” experiments, in which the parent holds a flat, unresponsive expression for a brief period of time. This is a reliable stress inducer, even for very young infants—they are clearly uncomfortable with an unexpressive parent and usually make attempts to get the parent to interact with them.

On the other hand, “uncontained” expression of anger and sadness by the parent is also not helpful for the child. Uncontained means high intensity emotion, with no attempts to regulate or take ownership of it. Shouting, smashing things, and blaming someone else “for making you angry” are all examples of this. In the case of a fear of the dentist, uncontained emotion would mean acting as though dental practices really are dangerous places, rather than saying “I know I have a fear and I am trying to cope with it”.

So, if at one extreme suppression is bad, and at the other uncontained expression is also bad, what is the middle ground? That would be talking about emotions, taking ownership of them and showing your child that you are trying to cope with them. Classic research found that six-year-olds had better emotional understanding and perspective taking skills if their mothers had talked to them about their emotions at the age of three. In fact, the more the mothers had talked, the better the outcome.

In another study, mothers kept a diary of the emotional expressions they had shown their preschoolers, including details about how they coped with and explained these. The children of mothers who expressed more sadness and tension had higher emotional knowledge, as assessed by their teachers. And in cases where mothers explained the reasons behind their sadness to their child, the child’s prosocial behavior was found to be higher. This is most likely also the case for fathers, it is just that research on parenting has historically been carried out on mothers.

But how can you actually achieve a balanced approach at home? Consider the following three options.

Clearly, parents shouldn’t hide emotions or completely unleash them without limits. Instead, they should openly talk about their emotions to their child, especially about the causes of their emotions and how they are trying to deal with them.

So the next time you feel sad, angry, or frustrated and your child is watching you expressing emotion, do explain what’s going on in terms they can understand. You could be doing them a favor. It could also be good for you—children are wonderfully compassionate and will often offer some advice that will most likely put a smile on your face.

John Lambie is a Reader in Psychology at Anglia Ruskin University. This article was originally featured on The Conversation.