The new Chan Zuckerberg Initiative's proposal to 'cure all disease' in the next 100 years is very optimistic, if laudable 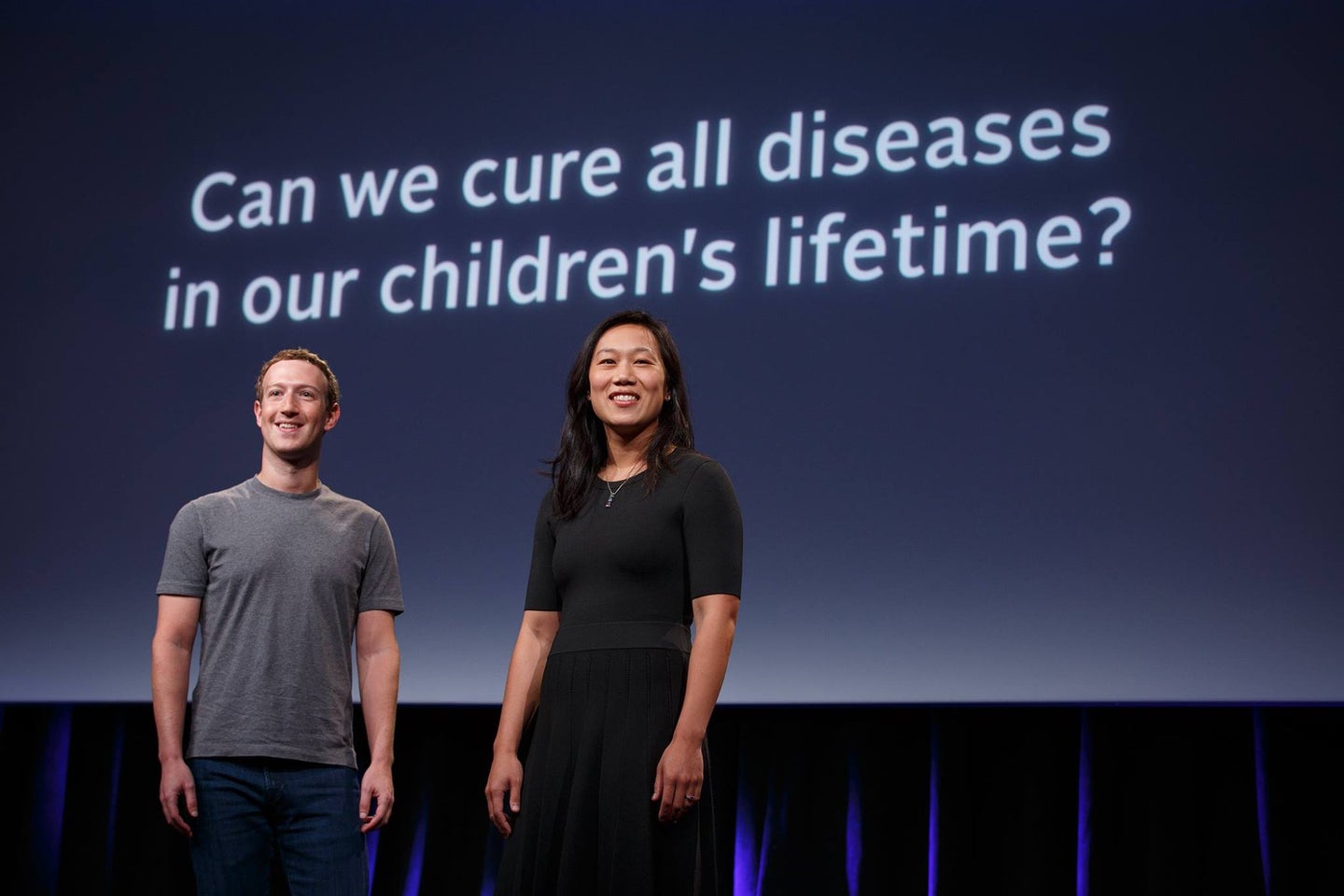 Mark Zuckerberg and Priscilla Chan just pledged $3 billion over the next 10 years to “cure all disease.” It’s a big commitment, and while we’re all writing snarky think pieces about their blind optimism we should also laud them for their efforts. But there’s some important context to keep in mind here: Compared to the amount of money that both private and public institutions throw into medical research in just one year, $3 billion is a very tiny amount.

Let’s take a visual look at how much medical research funding gets spent in the United States annually.

Pharmaceutical companies spend the most, since they incur the massive costs of bringing a drug to market–estimates range from $350 million to $5 billion per drug. The National Institutes of Health comes in second, which is the bulk of federal funding. Grants from the NIH fund a vast array of research at universities and other institutions.

Together those top two funding sources are over 22 times larger in one year than the Chan Zuckerberg Initiative’s over a decade. Even the “other federal government” category is over twice as large.

To be fair, though, this new proposal was aimed at basic research, and specifically for the top four causes of death: cancer, heart disease, infectious diseases, and neurological diseases. Pharmaceutical, biotech, and medical device companies all focus on later stages of the process like seeing a new drug through clinical trials, so let’s cut those out and just look at federal funding. The NIH provides most of that money, along with the National Cancer Institute and the American Heart Association for cancer and heart disease respectively.

The NIH’s annual budget for neurological disease research alone–$1.46 billion–is nearly half of the Chan Zuckerberg Initiative’s funding for all diseases. Just to research the top two killers, cancer and heart disease, the NIH spends $10.42 billion a year.

None of this is to say that we shouldn’t applaud such a large financial commitment to research. Basic research in particular has struggled from a lack of funding, despite the fact that this kind of research is how we push new innovations forward. But we have to keep in mind just how much money it costs to do that research. Over the 50 years that it took to cure polio, the U.S. spent about $35 billion, and that’s not counting the money we’ve spent since 2005 to continue vaccinating people.

And it doesn’t help that their slides were full of hopeful questions, their scientists full of optimistic statements, and their Facebook timeline full of cheery videos. The funding may be tiny, but it’s almost too easy to tear them down.

Maybe the Chan Zuckerberg Initiative will prove its critics wrong and provide the kind of innovation that the research community needs. Maybe they’ll follow up their Cell Atlas and Biohub with more open source projects that truly help basic scientists at research universities across the U.S. Maybe their timeline of 100 years is more realistic than we think. Maybe the scientists they consult will guide them along a path that leads to genuine breakthroughs.

But in the meantime let’s remember: science is really f***ing hard. It resists simplification and sucks up time and money. And cautious optimism is a lot more useful than blind hope.