The Losing Battle Against Bacterial STDs 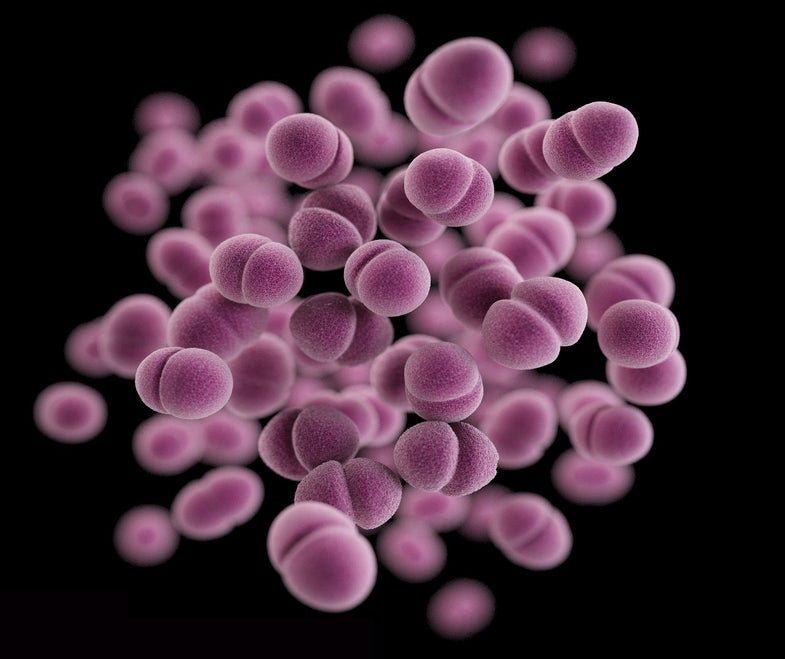 There’s little doubt Zika has become the infectious disease of 2016. Since the beginning of the year, public health officials have warned of the two routes of transmission. The first, mosquito bites, is fairly well known although in America has not yet become a major route of spread. The other route, sexual transmission, has become a major focus leading the CDC and other health authorities to sound the alarm.

While the spotlight on sexually transmitted Zika is important to raise awareness, it has distracted from other more prevalent infections. In particular, attention to bacterial causes of disease has waned and for the most part disappeared. Familiar names such as gonorrhea, syphilis, and chlamydia continue to spread without much mention or concern.

Yet that may change thanks to the World Health Organization. They have unveiled a new set of guidelines for the treatment of these three infectious diseases. It comes just weeks after the health authority released a document outlining the effort to reduce all forms of STDs in the coming years.

While this action may not seem to have any relevance to the general public, one particular statement stands as an ominous outlook for the future. Antibiotic resistance is rising and in the case of gonorrhea, resistance to the last line of defense has been seen. In other words, some strains of the bacterium can no longer be treated with these drugs.

The announcement is particularly important for Americans. In 2014, more than 350,000 people were diagnosed with gonorrhea. This represents a ten percent increase since 2010. Making this even more troublesome is the age of those most likely to be infected, namely teenagers and those in their early twenties. This suggests the bacterium is spreading in populations generally possessing fewer details on sexual health. Moreover, the potential for resistance to authority makes spreading awareness and recommendations less likely to succeed.

In terms of antibiotic resistance, over one-third of the isolates demonstrate resistance to more than one antibiotic. While the existence of pan-resistant strains has not been seen in the US, the threat is clear. Though there are no time estimates on the arrival of this particular type of gonorrhea, few will doubt it will be all that long if the rate of spread continues to climb.

Gonorrhea may signal the worst of the STDs but the World Health Organization included two other bacteria in the new guidelines. One is the most common bacterial sexually transmitted infection while the other is an old world pathogen resurging today. Like gonorrhea, they too are demonstrating a significant challenge due to increased spread and also the threat of resistance to treatment.

Chlamydia is a hard infection to track as most of the time there are no symptoms. But without treatment, the bacterium can grow and eventually cause significant pain in women. The bacterium can also be transferred to the fetus causing birth defects and pneumonia. It’s one of the reasons why annual screening is important.

In America, more than 1.4 million infections are diagnosed each year. This is over 2.5 times higher than it was just twenty years ago. The rise has meant a greater need for antibiotic treatment and unfortunately, an increase in resistance. While the WHO suggests only a few cases of resistance have been identified in humans, in animals, resistant strains are increasing in prevalence. This means caution is needed to be sure treatment is effective and does not inadvertently lead to troubles.

In contrast to chlamydia, syphilis is well known and is easy to spot. The development of bumps and sores is a telltale sign and should be investigated. However, the real trouble arises later when the bacterium spreads throughout the body. The body becomes covered in a rash, the eyes can be affected, and eventually, the brain may suffer, leading to dementia.

The disease was a scourge centuries ago and in America, was a significant concern in the early 1990s as more than 100,000 people were infected each year. That dropped by almost two-thirds by the turn of the 21st century. However, the bacterium is on the rise again and now affects over 63,000 people per year. This is troubling as the rise suggests a greater risk for infection and also for resistance.

At the moment, there is an effective antibiotic treatment for syphilis. However, there is a shortage of this particular drug in America leaving medical professionals with the need to find alternate options. Thankfully, at the moment, resistance has only been observed against one particular antibiotic type called a macrolide. Yet the potential for wider resistance patterns exists and as such, proper treatment is essential.

The state of STDs in America is without a doubt worsening. Yet, as with many infectious diseases, these three are all preventable. All one needs to do is become aware of the means to safer sex and then follow through on these recommendations. Based on the data at hand, those under 25 years of age are most at risk and need to be sure to stay safe. Figuring out how to convince them to click, read, and heed, however, may be more difficult than dealing with antibiotic resistance.