And they could help those communities reclaim their lands. 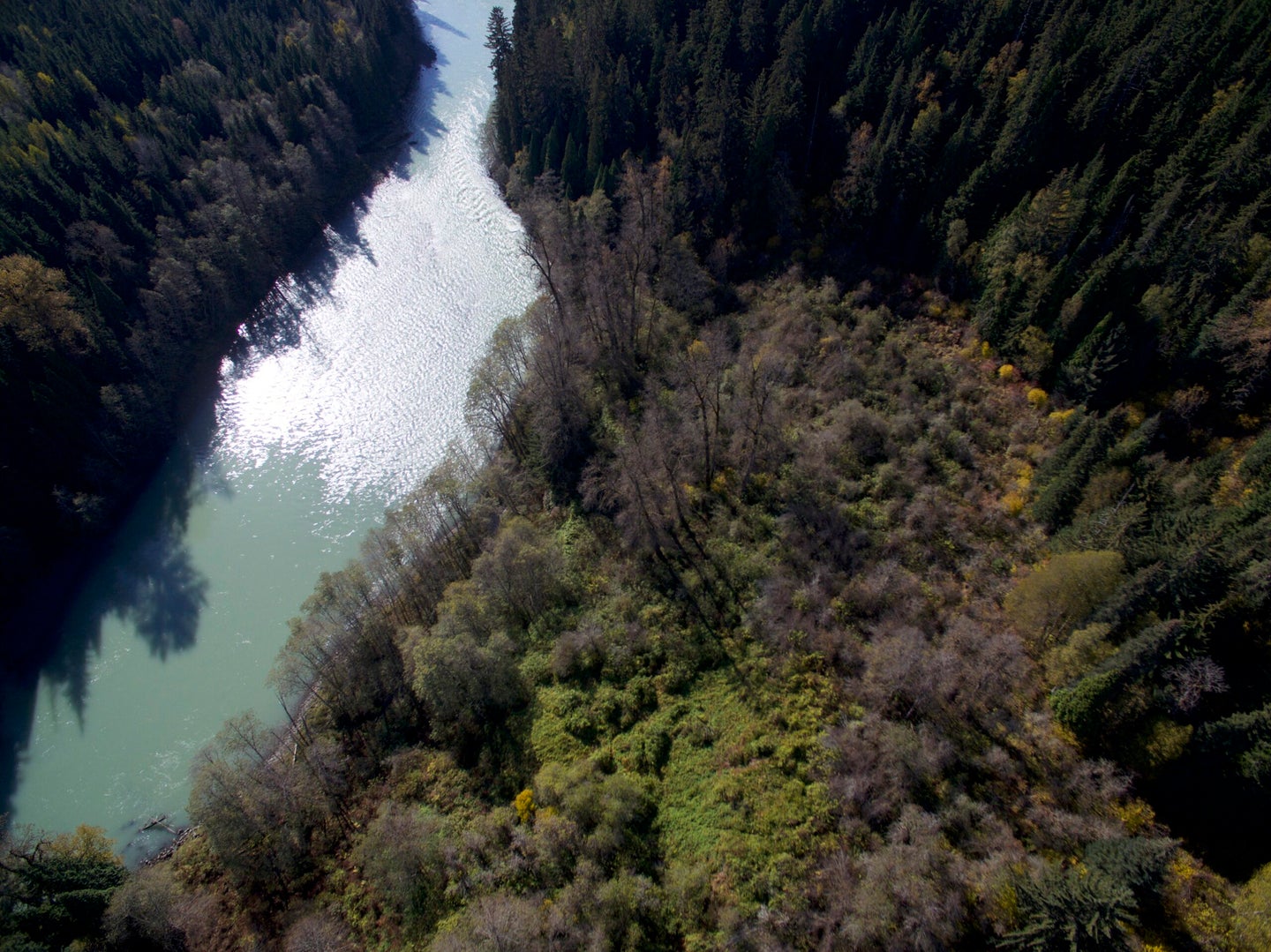 The old-growth coastal forests of the Pacific Northwest can be dark, quiet places, shaded by towering cedars and hemlocks, and muffled by a thick layer of moss and sword ferns. The forests surrounding now-vacant historical villages of Ts’msyen and Coast Salish nations in British Columbia, however, are entirely different.

Chelsey Geralda Armstrong, an ethnobotanist with Simon Fraser University in British Columbia, takes primary school students out to the sites, on a trail through the conifers. When they get to the edge of the villages, she says, “it’s open. You can still walk through. The dominant species—the crabapple and the hazelnut—are spaced beautifully, like an orchard.”

A new study led by Armstrong has demonstrated that these “forest gardens,” the result of careful management by Indigenous communities, have persisted as islands of ecological diversity long after those communities were forced from the villages.

“People don’t always overturn or exhaust the diversity of the landscapes they live in,” Armstrong says. “This is an example of how to use land so that when you’re gone 100 years later, you’ve enhanced the ecosystem.”

To the people closest to the gardens, that isn’t news: “When I was talking to elders, I said, ‘hey, it turns out these are incredible habitats for pollinators and animals,’”  Armstrong says of her earlier research. “And they said, well yeah, of course. Those were the best places to hunt.” But these Indigenous agricultural practices have a way of disappearing from view globally. Enough of them have been lost or destroyed and then “rediscovered” that the phenomenon has its own name: “Cinderella agroforestry.”

Either way, the study authors say, the findings might have important implications for how the Canadian legal system views Indigenous land rights.

Tribal nations left many of the settlements in the late 1800s in the face of smallpox outbreaks and economic deprivation. But the land was never ceded through treaties—and recent court cases have set the stage for tribal nations to reclaim state-owned land.

To do so, however, involves demonstrating “sufficient occupation,” meaning a nation had used the land for its own purposes. “There must be evidence of a strong presence on or over the land claimed,” as a Canadian Supreme Court justice put it.

The problem is that local Indigenous land use, which didn’t involve farming open fields or grazing cattle, often haven’t been recognized as such by colonial governments, even though that use likely created the “natural” landscape settlers first encountered in the region.

This research, published in the journal Ecology & Society, demonstrated that forest gardens hosted an array of species not found anywhere else in the forest, from crab apples and hazelnuts transplanted far outside their native ranges, to a diversity of blackberries and medicinal plants. They also show evidence of other forms of management, from the use of fire to fertilization, pruning, and coppicing—which involves cutting a plant back so that it resprouts with multiple stems—of trees.

[Related: A pandemic-created ‘gold rush’ in the Amazon is destroying Indigenous lands]

Some of those practices are just on the edge of living memory. One elder, who passed away recently, told Armstrong in an interview about hiding from the genocidal residential school system with her parents in the woods. “They would essentially propagate hazelnuts using cuttings. She said half of the hazelnuts in the Coquihalla region were there because of her and her family.”

What’s most surprising, Armstrong says, is the resiliency of forest gardens more than a century after people stopped living in them. “On the Northwest coast, conifer forests are stubborn. They will reestablish themselves 20 to 30 years after a disturbance.”

Some saplings are growing up around the margins of the villages, but for the most part, they’ve remained open and sunny in the face of the fast-growing forest and invasive species.

Even the imported Himalayan blackberry, a hardy, aggressive European variety, hasn’t made a foothold in the gardens the researchers studied. “This is kind of the larger ecological imperialism,” Armstrong says. “Basically, when you bring in settler colonial land-use practices, it involves the introduction of cattle and sheep, which prime an environment for invasive species.” But the relatively undisturbed gardens are resistant: two of the sites “are on the cusp of this kind of settler land use, but we haven’t seen [the blackberries] there, even though they’re 100 meters away, in the periphery forest.”

That, she thinks, is because the plants in the gardens are filling nearly every possible spatial niche. “If you look at a forest garden, there’s a canopy, a sub-canopy, a bush-shrub layer, a vine layer going up and around, and then a herbaceous layer. They’re making really good use of space.”

And framing that diversity in scientific terms “translates land use into something we recognize, like Western and European style agriculture,” Armstrong says. “You’re managing the forests, you’re transplanting. We’re translating this into legal—and really, white—language for judges to understand.”

“You’re really changing the scope of what you’re paying attention to, and peoples’ roles on that landscape,” agrees Morgan Ritchie, an archaeologist who co-authored the paper, and who has worked closely with tribal nations on land claims.

So far, archaeologists have documented about 16 of these gardens. But Armstrong says that every year, a few more come to light. “All of a sudden, you go from being able to demonstrate long-term continuity and sufficiency for a village area,” Ritchie says, “to including all the forest around that property too.”